Djiribul woman Shelley Reys has spent her career trying to bridge the gap between Indigenous and non-Indigenous Australians. Today she counts Microsoft, Qantas and Telstra as clients.

When Shelley Reys was a little girl, she watched her father win ‘the race that stops a nation’.

Frank Reys became the only Aboriginal jockey to win the Melbourne Cup in 1973, aged 45.

One of fourteen children, he was born to a Filipino father and a mother of Aboriginal descent - something he never denied - but the newspaper front pages the day after his win omitted his Indigenous heritage. "He was always, in my mind, one of those role models who helped me feel as though I could do anything, regardless of what odds were against me, because he certainly achieved a lot with all the odds against him," his daughter told SBS News.

After her father’s famous victory, Reys would earn pocket money selling his autograph in the schoolyard. And today, inspired by his legacy, she is in a race of her own to close the gap. Reys is CEO of Arrilla, a Sydney-based consultancy firm.
Supplied

Reys, 51, is CEO of Arrilla, a Sydney-based consultancy firm specialising in cultural competency training for businesses. It aims is to bridge a cultural knowledge gap around Aboriginal and Torres Strait Islander people which Reys says exists for many non-Indigenous Australians.

“When you put the term ‘Aboriginal’, ‘Indigenous’, ‘First Nations’ or ‘reconciliation’ - any of those words, on top of something - good-natured [non-Indigenous] Australians start to get a bit nervous,” she said.

"The way that I describe my work is: ‘I remove the eggshells’."

When you put ‘Aboriginal’  on top of something, good-natured Australians start to get a bit nervous.

Arrilla provides face-to-face and online training for companies and government agencies and helps them understand how to better employ, retain and engage Indigenous Australians. The organisation itself is majority Aboriginal owned and operated.

Since taking the reins 25 years ago, Reys’ role has seen her draft employment strategies for the likes of Qantas and Telstra. She’s also worked with five Australian prime ministers and the country’s big four banks.

They told me it couldn’t be done but here they are! Every major Aust bank in one room collaborating over how Arrilla will train staff to deliver better services to Indigenous customers. So excited and privileged to do this. @Comonwealthbank @NAB @Westpac @BankANZ @kpmgaustralia pic.twitter.com/JJ0FHfSKJM

Steve Worrall, managing director of Microsoft Australia - another or Arrilla’s clients - say they are grateful for having engaged her.

"It's almost embarrassing to know there are aspects of our history that we weren't taught, or aren't widely known,” he said.

"Part of the first step towards reconciliation is really understanding the reality of the history, and having someone like Shelley, who introduces the topic in a way that doesn't make anyone feel uncomfortable, but does confront you with the cold, hard facts." Reys believes closing the gap between Indigenous and Non-indigenous Australians makes good business sense - it helps companies stay competitive and relevant, she argues - but her journey is also a personal one.

The Djiribul woman has ancestral roots in the Atherton Tablelands, in far north Queensland, and was born to a white Australian mother of Scottish descent. Her “idyllic childhood” was full of adventure and travel. Reys as a baby.
Shelley Reys/Twitter

The family moved to Melbourne so her father could pursue his horseracing career, raising Reys and her two siblings on a farm in the Yarra Valley, surrounded by horses.

“Dad built corals [enclosures] for our all our ponies and while on horseback, we swam through the Yarra River that ran through the property. Mushrooms grew the size of dinner plates … You never realise how lucky you are when you’re a kid,” she said.

While on horseback we swam through the Yarra River. Mushrooms grew the size of dinner plates … You never realise how lucky you are.

“My mother’s family are also Queenslanders so we travelled north whenever we could,” she said. “Dad was always wanting to ‘go back home for mango season’.” Reys with her father in 1973.
Shelley Reys/Twitter

Reys would go on to help out in the family grocery store before joining Arrilla - then run by her cousin, Darren Auyeung. When he died only a short time later following a terminal illness, it was left to Reys to re-start the company with only one client on the books.

She would go on to become a forceful advocate for Indigenous rights, known for her work around the National Apology to the Stolen Generations.

10th anniversary of #apology10 is over. Minister Scullion and @KevinRuddMP both spoke with passion and conviction across the last 5 days. I hope that in the next ten years we have even more to celebrate. pic.twitter.com/n8B5C6z2qg

In 2016, services giant KPMG came on board to take a stake in Arrilla and make Reys the firm’s first Indigenous partner. Reys now lives in Sydney with her partner Helen, a regional manager with Australia Post.

She has been named as one of the Australian Financial Review's 100 women of influence and was awarded the Order of Australia in 2012 for distinguished service to the Indigenous community.

"I have to say that my family were incredibly proud," she said.

"They couldn't have been more proud if they were winning the award themselves, and that really was the great joy for me, seeing the joy for them." 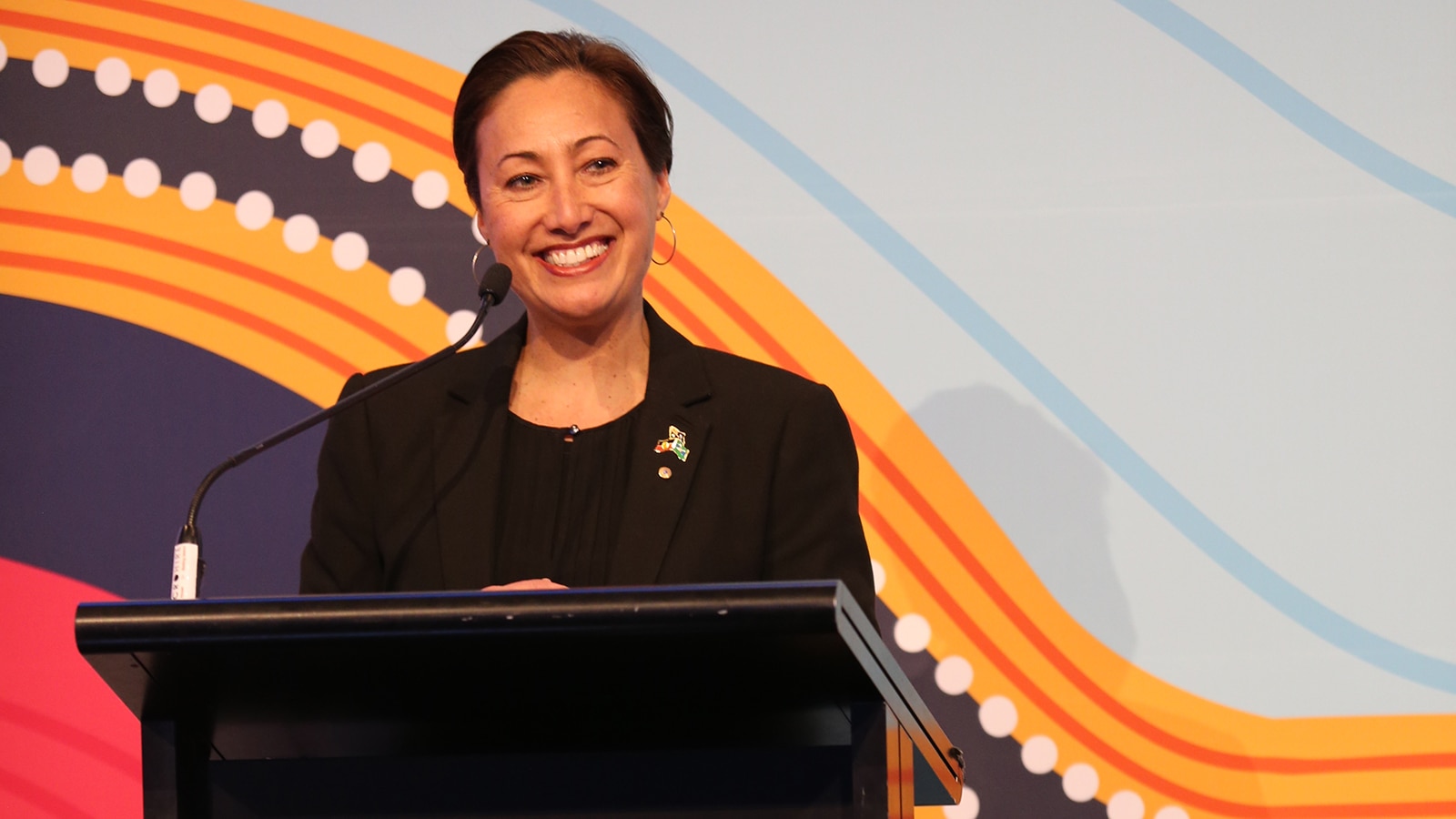 Reys has become a forceful advocate for Indigenous rights.
Supplied

Reys’ father died in 1984, aged 53. She thinks Australia has since come a long way in understanding the Indigenous position since he first made the headlines.

“I'm really passionate about helping Australians move to the next stage in repairing the relationship between us and using education as the way of doing that,” she said.

I'm really passionate about helping Australians move to the next stage in repairing the relationship between us.