It's one of Australia's biggest media deals in years, but what does it mean for audiences?

The birth of what was billed as the country’s “largest integrated media player” has thrown up questions about the future of news in Australia’s already concentrated market.

Fairfax Media and Nine Entertainment announced on Thursday they were proposing to merge, with the new entity, to be called Nine, headed by the broadcaster’s chief executive Hugh Marks.

Who are Fairfax and Nine?

Fairfax Media is publisher of some of the country’s most prestigious newspaper titles and news websites, including the Sydney Morning Herald, The Age and the Australian Financial Review, and well as an extensive stable of regional papers. The company also has majority stakes in property group Domain and the Macquarie Radio Network, which broadcasts Sydney’s 2GB and Melbourne’s 3AW. Fairfax’s subscription television asset, Stan, is a joint venture with Nine.

Nine shareholders will have a majority 51.1 per cent ownership of the proposed new company, which Fairfax chief executive Greg Hywood assured employees would still have “plenty of Fairfax Media DNA”.

But former Prime Minister Paul Keating has already questioned the compatibility of the two newsroom cultures.

Mr Keating said Nine had "the opportunism and ethics of an alley cat".

"Through various changes of ownership, no one has lanced the carbuncle at the centre of Nine’s approach to news management," Mr Keating said.

"And, as sure as night follows day, that puss will inevitably leak into Fairfax."

How big is the deal?

“The merger will have significant benefits for Nine, as it will have open up access to Fairfax's newspapers and online publications, as well as Fairfax's Macquarie Media radio interests,” Mr Ledovskikh said.

“Fairfax has struggled over the past five years, with its revenue declining almost 50 per cent since 2012-13.”

Why is it happening?

The deal is the first since cross-media ownership laws were relaxed last year to scrap what was known as the “two out of three rule”, which prevented media companies from owning radio, TV and newspapers in the one market.

“I think this deal, this proposed deal, is well within the spirit of the Government’s legislation last year,” Mr Hywood said during a morning conference call with investors, which noted the proposal still needed to be signed off by regulator ACCC and shareholders.

“If you look at the integration of these businesses, there’s not a lot of areas of competitive overlap.” 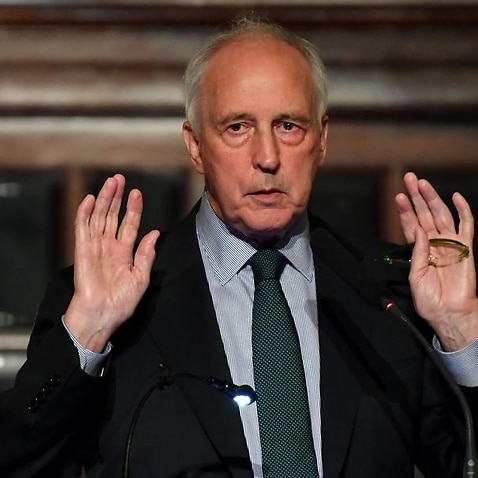 Communications Minister Mitch Fifield said the changes were introduced to help media companies better respond to the new realities of the internet, and  “to look at how they can make themselves the strongest they can be”.

“This is a recognition of the world that exists in 2018, that the traditional media platforms of print, radio and TV face online competition and face global competition so media organisations need to adapt and change for the new environment.”

What about media independence?

Some analysts have also raised questions about how it will impact what audiences read in their newspaper and see on their television screens.

“The merger will have possible implications for how Fairfax operates, putting into question, for example, its regular investigative journalism partnerships with the ABC,” Mr Ledovskikh said.

There are also regionally specific implications. In the port city of Newcastle, north of Sydney, Nine’s regional broadcaster NBN, and Fairfax’s Newcastle Herald are the city’s main media outlets.

The journalist’s union, the Media, Entertainment and Arts Alliance, has denounced the deal as a takeover that would reduce diversity and impact democracy.

“It threatens the editorial independence of great newsrooms at Nine, the Sydney Morning Herald, The Age, Canberra Times, Illawarra Mercury, Newcastle Herald, Macquarie Media and more - right around the country.”

“It harms the ability of an independent media to scrutinise and investigate the powerful, threatens the functioning of a healthy democracy, undermines the quality journalism that our communities rely on for information,” MEAA president Marcus Strom said. Will people lose their jobs?

Fairfax staff have already gone through successive redundancy rounds as the company negotiated disruption to its traditional business models.

“There is no doubt staff are shocked and unsettled,” one Fairfax journalist told SBS News, adding that staff viewed it as a takeover.

“Even though we had talked about this potentially happening for years, it was a shock. This is the end of an era for us.” Mr Strom, who called for the ACCC to step in and stop the deal, questioned the impact on jobs of a flagged $50 million in savings over two years.

Mr Marks and Mr Hywood both said the deal would lead to further investment in diverse platforms and in premium local content.

“We are confident that the strength of the combined management team and staff will ensure the continuation of our quality journalism,” Mr Hywood said.

SBS News is one of Australia's two public broadcasters, and is partially funded through advertising.