The number of nurses in Australia on 457 visas has dropped dramatically in recent years, but ongoing staffing challenges mean foreign workers will continue to be an essential part of the Australian health system.

Hospitals have slashed the recruitment of nurses on 457 visas over the past three years, as the health sector ramps up its workforce renewal.

Australia will need an extra 123,000 nurses by 2030, according to the government's 2014 Australia’s Future Health Workforce report.

Despite this, the use of the skilled worker 457 visa to recruit nurses from overseas has halved in the past three years.

A spokesperson for the NSW Department of Health said the dramatic fall in the use of 457 visas was due to improved workforce planning, and cited an increase in intern positions from 133 in 2012 to 983 in 2016.

A statement provided to SBS News said: “Self sufficiency of the health workforce is a long term benefit to the population of NSW but there will be skill gaps due to many factors in the future, which may be filled by temporary skilled workers".

There were 1879 registered nurses in Australia on 457 visas in September last year, the lowest since 2009 when current record-keeping began.

From 2011, nurse-to-patient ratios were implemented for NSW nurses in the public health system, meaning the government needed more nurses. A large proportion of those recruited in the following two years were 457 visa holders.

Following a spike linked to the new nurse-to-patient ratios, 457 grants have dramatically declined, and the decline in 457s in NSW is not an isolated trend.

Victoria, Queensland and WA have also recorded large reductions in 457 visas in the past three years.

Annie Butler, assistant federal secretary of the Australian Nursing and Midwifery Federation, said the drop in 457 visas reflected the moves made to meet the immediate challenge of finding experience for young nurses.

“Our average age of our nurses and midwives at the moment is actually around 47,” Ms Butler said.

“In about 10 years a whole lot of our nurses and midwives are set to retire, so we need to be prepared to fill those gaps.”

However the challenges of renewing the health workforce, particularly in regional areas, means short-term fixes provided by 457 workers will continue to be used.

Wagga Wagga newspaper The Daily Advertiser reported last year that local nursing shortages were discussed by management at the local hospital in July.

There are currently 26 nurses on 457 visas working at the Wagga Wagga Rural Referral Hospital, with another five to start in the next few months.

One such nurse is 31-year-old Indian national Joby George, who said it took her seven weeks to process her migration paperwork.

“I know that many of my friends are working here and they say that there are many job opportunities and a better standard of living over here,” she said.

"I thought, why don't I try for me and my family.”

Karen Cairney, Murrumbidgee Local Health District executive director of nursing and midwifery, said at times staffing had been difficult and the need for nurses fluctuated.

“We try to keep [vacancies] at an absolute minimum because it's really important we have the right amount of nurses to be able to provide care,” she said.

“Using the 457 visas has been one of the strategies we've used in the past, we're using it at the moment and we'll continue to use it as the need arises.” 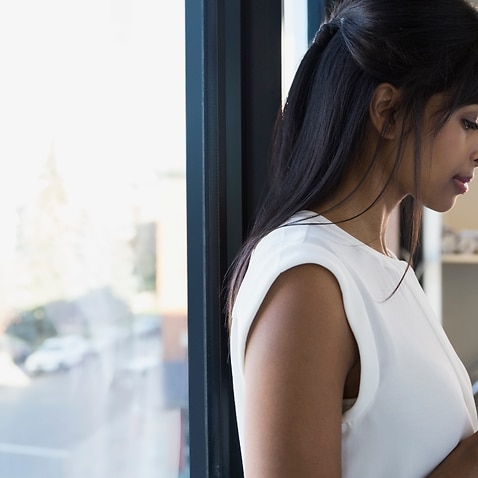 The controversy around 457 visas