A protester has been arrested after throwing coffee over an attendee of the Conservative Political Action Conference (CPAC) in Sydney.

A small group of activists disrupted the CPAC event on Saturday, which is being billed as one of the country's largest gatherings of conservatives and has attracted a range of controversial speakers, including Nigel Farage. 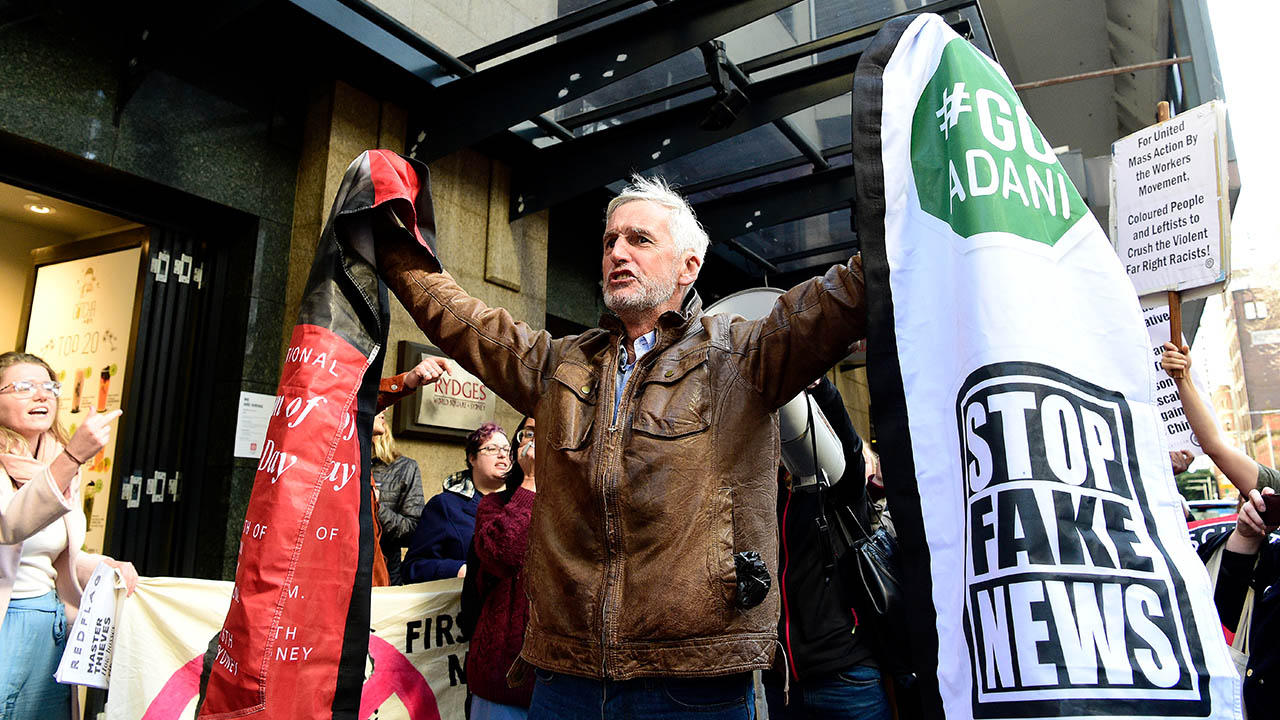 A Conservative Political Action Conference attendee brandishes a sign as protesters from Unite Against The Far Right and NUS Against Racism jeer.
AAP

"It's disturbing, it's concerning and it needs to be fought against," protester Hersha Kadkol of the National Union of Students told SBS News. 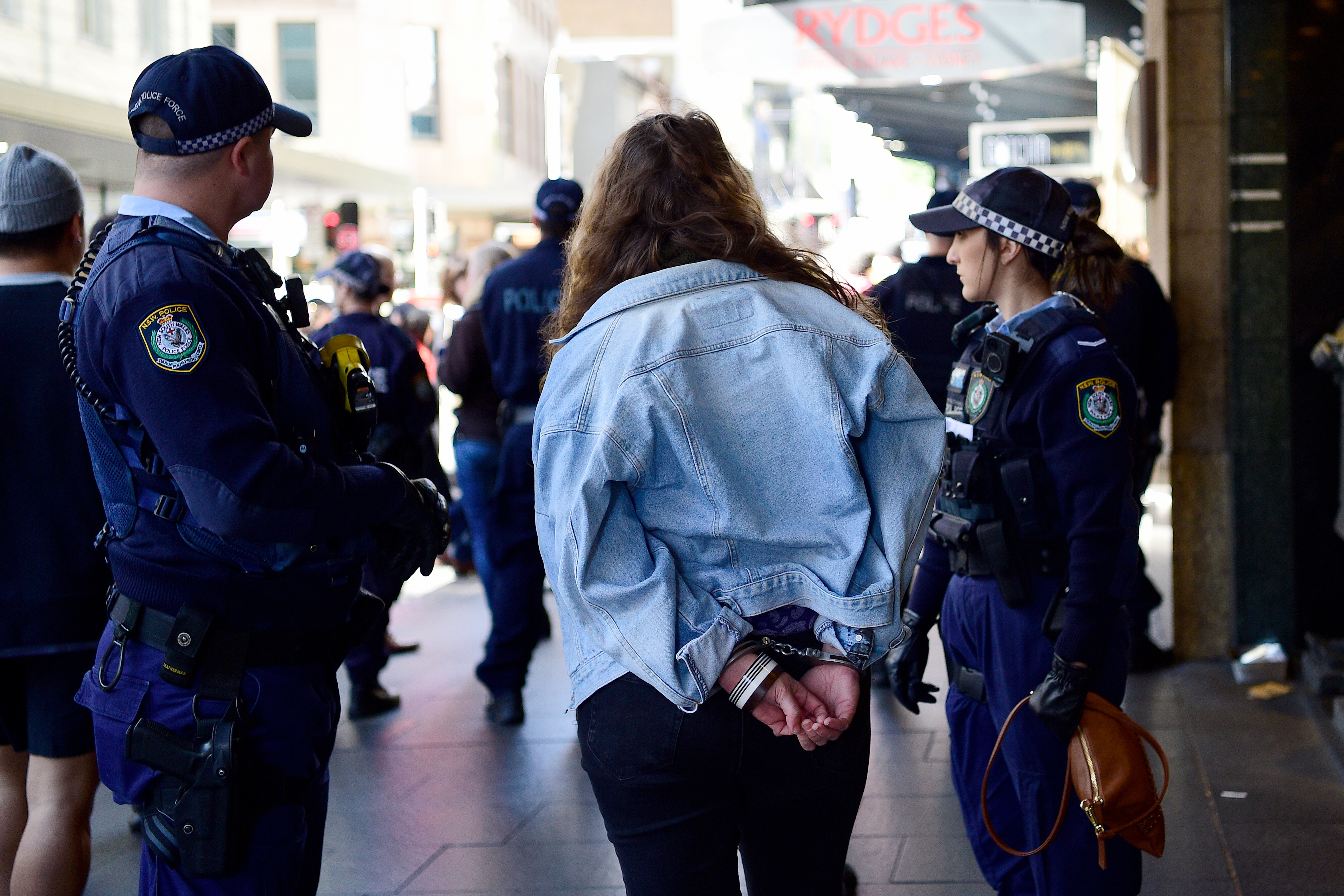 Ms Kadkol and others yelled messages like "unite to fight the right" and "Tony Abbott, what a maggot" that could be heard within the venue during the conference.

Some attendees left the event to confront protests, leading to several scuffles, but a heavy police presence mostly kept the two groups apart.

NSW Police Force confirmed to SBS News one woman was arrested and is yet to be charged.

Ms Kadkol said the protesters were "deeply concerned" about "the assembly of hard right and far right figures".

"They want society to be radically more oppressive than it is already is so this is about standing up to that agenda," she said. 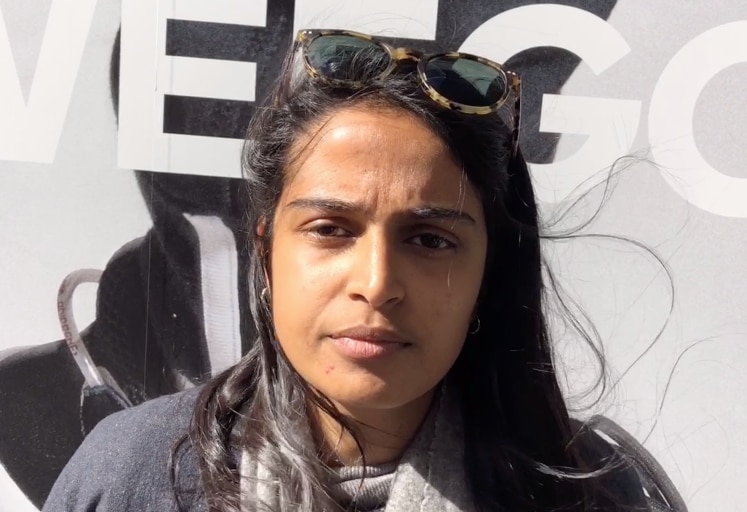 She said many of the speakers were anti-immigration, anti-LGBTQI+ and "wanting to see women put back in the kitchen to serve as 1950s housewives".

The CPAC conference was first held in the US in 1974, with Ronald Reagan giving the inaugural keynote speech. 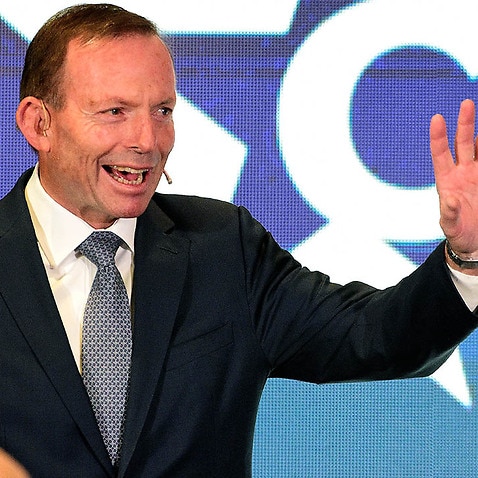 It has since become one of the main events on the US conservative calendar, attracting tens of thousands of people each year. This is the first time the conference has been held in Australia, with two days of talks and one day of "campaign boot camp".

Tickets for the event cost up to $599 for the "Ronald Reagan VIP Freedom Pass".