Australian man Jock Palfreeman is being held in an immigration detention centre after being released on parole from a Bulgarian jail.

Some of Bulgaria’s most senior politicians have blasted the surprise decision by the country’s highest court to grant parole to Australian man Jock Palfreeman.

The 32-year old spent 11 years of a 20-year sentence behind bars for fatally stabbing a Bulgarian student Andrei Monov in 2007, during a fight in Sofia.

Mr Palfreeman has always maintained his innocence, saying he was trying to help a man who was being attacked by a group of drunken Bulgarian youths. Australian citizen Paul Palfreeman, center, smiles at a journalist as he is escorted by Bulgarian policemen after his trial.
AP

On Friday, he took his first steps outside prison, after the Sofia Court of Appeal granted the Australian conditional parole in a decision that has surprised the country’s most powerful decisionmakers.

Bulgaria's Prime Minister Boiko Borissov said he would not comment on a decision of the court, before adding: “We all know the reason for this decision. Although I can’t say it.”

“As a person and as a politician, I can say this is a mockery. Mockery of the victim, his family, with their pain, with the sense of justice,” she said. 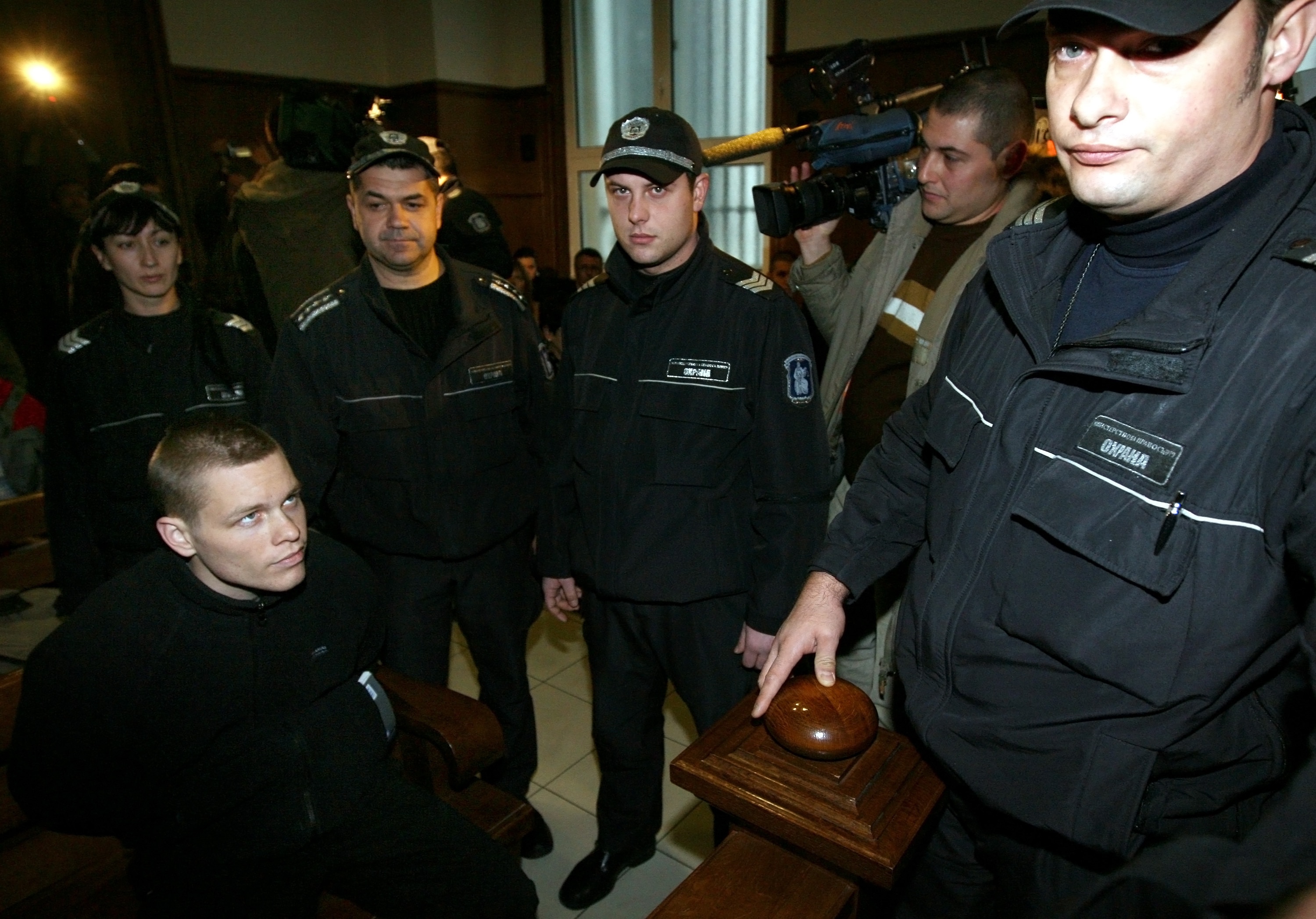 “People are outraged. And the family of the murdered boy expects some explanation for this decision.”

The father of Andrei Monov, Hristo Monov, who is also a former MP, blasted the court and three judges for the decision.

“They … will carry a moral disgrace on their own,” Hristo Monov told Darik Radio.

“The biggest problem in this country is the judicial system, and that’s not the prosecution, but the court.”

In their decision, the judges from the Sofa Court of Appeal factored in Mr Palfreeman’s efforts towards rehabilitation. They said he’d undertaken training and qualification courses, during his time in jail, including higher education and mastering written and spoken Bulgarian.

Therefore, there was a low risk of recidivism, they added.

“The amount of the non-served part of the sentence cannot be grounds for refusal to issue conditional early release if the overall behavior of the convicted person during the sentence was positive," the decision read, according to a translation.

Mr Palfreeman is now in an immigration detention centre on the outskirts of Sofia, with his passport having expired.

The Department of Foreign Affairs and Trade said it was providing him help.

“DFAT continues to provide consular assistance to the man and his family. Owing to our privacy obligations we will not provide further comment,” a spokesperson told SBS News in a statement.

It’s unclear whether Mr Palfreeman will remain in Bulgaria or return home after his release.

He’s reportedly said he has jobs secured in both Australia and Bulgaria, and wants to continue his work on prisoner reform. "If I go out on parole I want to continue my activity as a part of the Bulgarian Prisoners' Rehabilitation Association," he told the court, according to court documents.

His friends in Australia are eagerly waiting to reunite with the 32-year-old former Sydneysider.

Sydney-based Karl Ferguson last visited Mr Palfreeman in the Sofia jail in 2012, saying he appeared to be in good spirits at the time.

But his mental health deteriorated in the past year, he added.

“Over, I guess,11 years of being wrongfully incarcerated like that it would eventually take its toll and I think that's what formulated itself earlier this year when he had to go on hunger strike just to bring more attention to his plight,” Mr Ferguson said. Mr Ferguson said he would want to continue his work on prisoner reform.

“Now that he's out I think he will be trying to work out what the next steps are.

“Knowing Jock he would be celebrating for sure but it would certainly be on his mind exactly what he'll have to do next to make sure he's safe and a free person again.”