Chinese-Australian writer Yang Hengjun has been detained in China after leaving Australia on January 18 with his wife and son.

The Australian government is demanding "transparent and fair" treatment for Chinese-Australian writer Yang Hengjun after he was detained in Guangzhou.

Australian embassy officials received confirmation from Chinese authorities on Wednesday night that the novelist and influential online commentator had been detained.

"We will continue to make representations to China to ensure that this matter is dealt with transparently and fairly," Foreign Minister Marise Payne told AAP on Thursday. 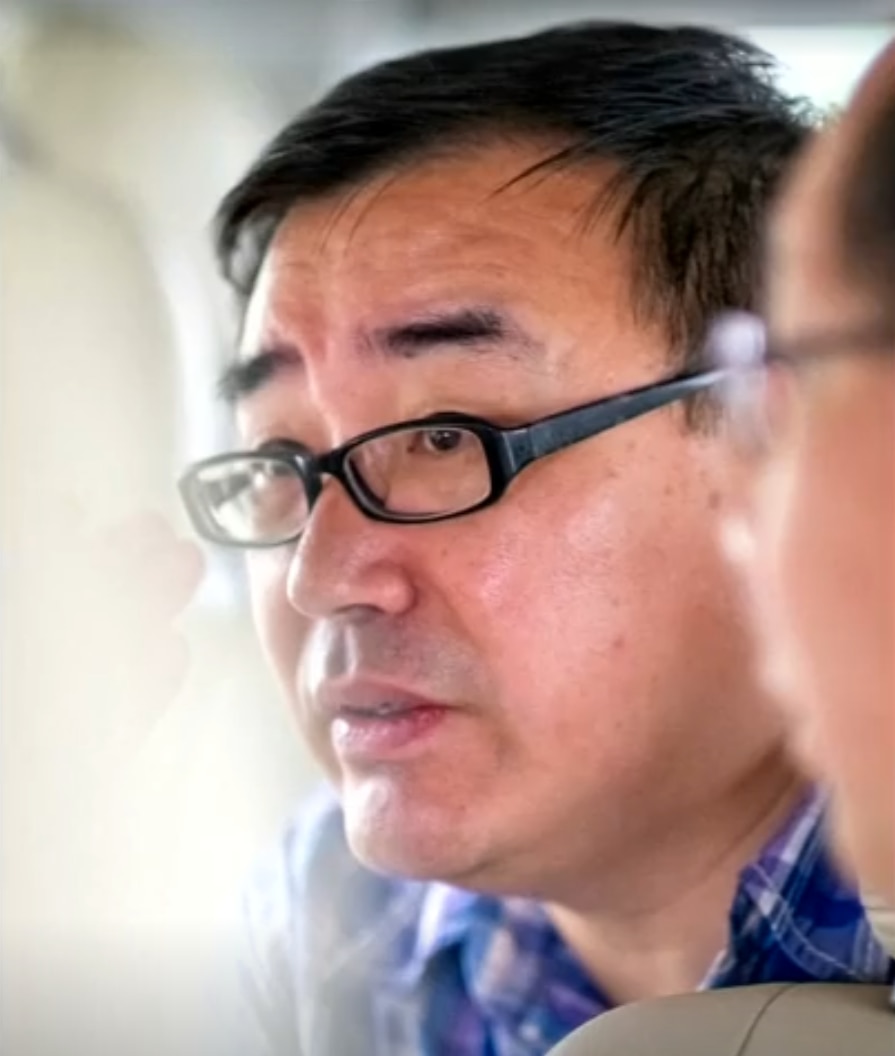 Australian-Chinese author Yang Hengjun has been detained in China.
Reuters

"Our embassy in Beijing will meet with Chinese authorities this morning to seek further clarification of the nature of this detention and to arrange consular access at the earliest possible opportunity."

The Department of Foreign Affairs is also investigating his detention, which comes as Defence Minister Christopher Pyne begins an official visit to Beijing.

The department said it was a matter of priority to obtain consular access to Dr Yang.

The alarm was raised about Dr Yang's whereabouts after he failed to complete the second leg of a journey from New York to Shanghai.

He left New York on January 18 for Guangzhou, where he was prevented from boarding his connecting flight to Shanghai with his wife and daughter, according to The Sydney Morning Herald.

Friends believe he was detained by Chinese officials at Guangzhou airport.

Similar concerns were raised for Dr Yang's safety in 2011 when he disappeared after calling a friend from a Chinese airport claiming he was being followed by three men.

He later claimed the matter had been a "misunderstanding". Mr Pyne is visiting Beijing on Thursday where he will meet with his counterpart, Minister of National Defence General Wei Fenghe, and other senior Chinese officials to discuss regional security and bilateral issues.

He was expected to raise the issue of Dr Yang during the meetings.

"The government is committed to maintaining a long-term constructive relationship with China, founded on shared interests and mutual respect - China and Australia's success will go hand-in-hand," he said earlier this week.

Labor Leader Bill Shorten said the situation could not be sugar-coated.

"This is an Australian citizen who has been detained in China," he told the ABC.

"I'm very supportive of all efforts to reach out to him, to get to the bottom of what happened, what is happening. But it is very concerning. I can't pretend otherwise."

Mr Shorten said it was disappointing China took five days to involve Australia in the incident.

"This is not the way which relations between our two countries should be conducted at all."

Criticism could have led to detention

Dr Yang's PhD supervisor, Dr Feng Chongyi at the University of Technology Sydney, said he believes Mr Yang  "must have been detained by the Ministry of State Security" at Guangzhou airport.

He told SBS Mandarin he believes Mr Yang's disappearance is a response to Australia's sharp criticism of China's detention of three Canadians.

"Australian government made an announcement on the detention of a few Canadian citizens, demanding their release. In my opinion, Yang's disappearance is related to that," Dr Feng said, who has also been in touch with Dr Yang's family.

"China wants to expand the scope of this. They pose pressure on the Australian and Canadian governments by holding citizens."

Concerns for Mr Yang follow accusations the Chinese government detained three Canadians amid a diplomatic spat between Beijing and Ottawa.

The recent detentions of a Canadian former diplomat and a Canadian entrepreneur have raised suspicions that Beijing is holding them in retaliation for Huawei chief financial officer Meng Wanzhou's December 1 arrest, though no link has officially been made between the cases.