People are unaccounted for in the northern NSW bushfires with police still unable to access the fire-grounds.

A number of people have still not been accounted for in northern NSW bushfires, with police unable to access the fire-ground.

Acting police commissioner Dean Smith said the widespread nature of the fire in the rural hamlet of Rappville has made it difficult for authorities to access the fire-ground and put a number on how many people are unaccounted for.

"At this point in time, we're unable to fully confirm those numbers," the Acting Commissioner told a Sydney press conference. 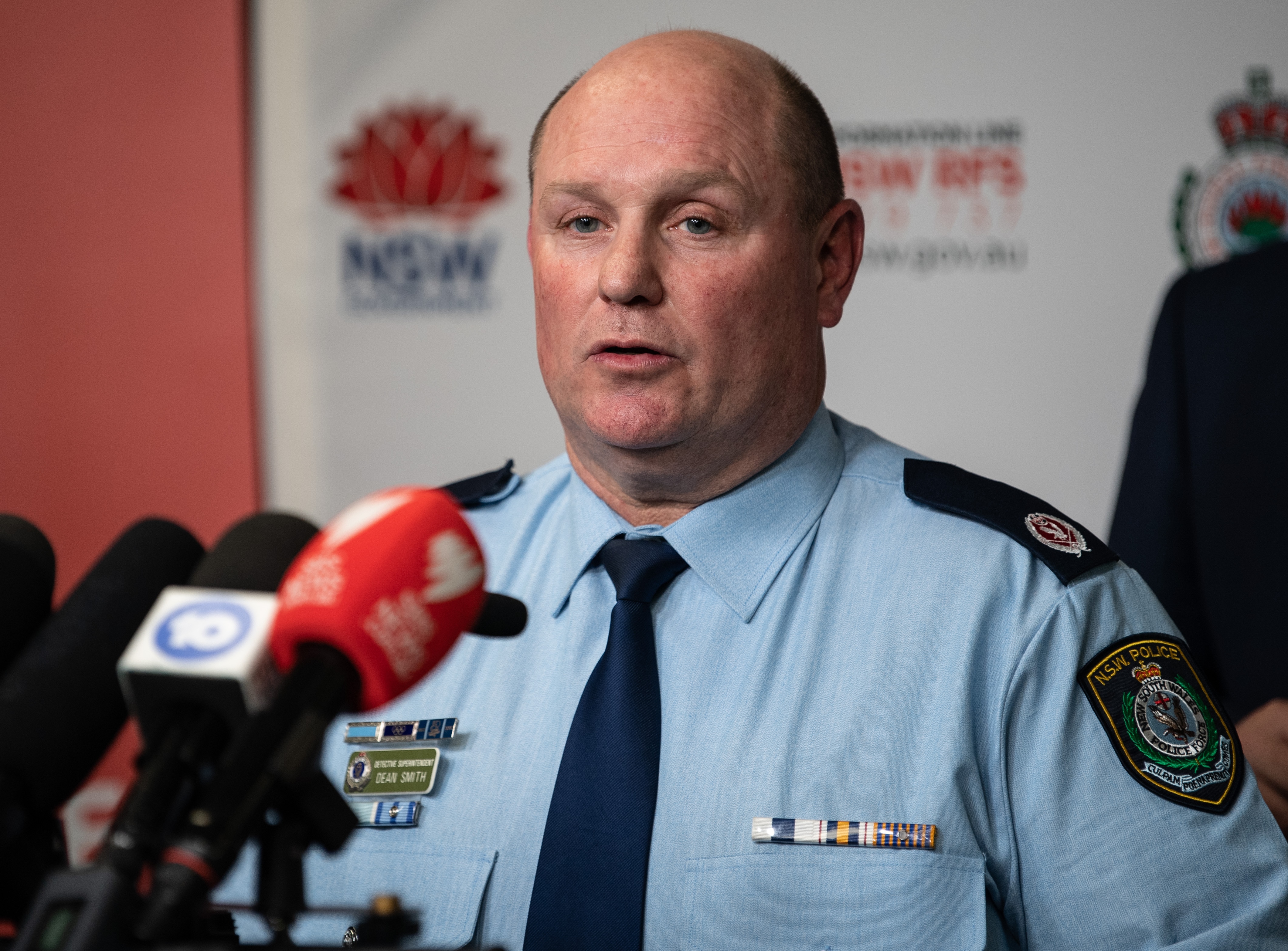 "We do have a number of people who are unaccounted for. But we do not know what that actually looks like at this time.

"We are certainly working closely with our resources to make sure that everyone is accounted for."

The blaze ripped through the village on Tuesday afternoon while investigators are looking into if the fire was deliberately lit.

Blaze may have been deliberately lit

The Rural Fire Service believes the blaze started on Friday night in the Bushbys Flat area.

"Our investigations have come back that there was something suspicious that has happened in that area," a spokesman told reporters on Wednesday.

"Potentially (it was) deliberately lit." "It really is a bastard act if you are going to put your own community at risk," he told reporters in Sydney.

Premier Gladys Berejiklian said she was "horrified" to hear the fire was suspicious.

"I'm simply horrified and shocked that anyone would think it's smart to be lighting any of these fires - I hope that's not the case," she said at the Sydney headquarters of the RFS.

Up to 30 homes have been lost in the out-of-control bushfire burning in northern NSW.

The blaze at Busbys Flat, south of Casino, was one of two that were still at emergency warning levels on Tuesday night.

The NSW Rural Fire Service said a number of homes in the village of Rappville, with a population of around 250 people, were destroyed when the fire ripped through the town. Fire crews have worked around the clock to battle flames and thick smoke which have enveloped Rappville.
Facebook/Wayne Finch

The Busbys Flat Rd fire in Busbys Flat, Richmond Valley & Long Gully Rd fire in Drake, Tenterfield have merged. This fire area spans a width of 64km. These remain at Watch & Act. Continue to monitor & know what you’ll do if the fire threatens. #nswrfs #nswfires pic.twitter.com/oFxZtBIWzH

"We might have saved the second place but everything else has gone." The fire in Casino.
Facebook/Fire and Rescue NSW

Also losing his home in the blaze was 83-year-old John Duncan.

His daughter Carol has put together a GoFundMe page to help her father who she says "lost everything except the clothes he was wearing".

There's more to the story of #NSWfires. Yes, my father and his partner have lost absolutely everything, but the people at @NSWRFS quite literally saved my Dad and Cassie's lives today.

An evacuation centre has been set up at St Mary's Catholic College in Casino for those who were forced to flee the Busbys Flat fire. Video captured by the NSW Rural Fire Service shows the spread of flames in the vicinity of Seery Rd & Phillip Swamp Rd in the Mount Belmore SF.
Twitter/NSWRFS

RFS spokesman Greg Allan told AAP firefighters were not expecting until Wednesday to see a reprieve in the hot and windy conditions they were experiencing as they battled the fire.

If you’re concerned about family or friends who may have been affected by the fires across northern NSW, check in here. https://t.co/Vlxtk7U0Qu #nswrfs #nswfires @RedCrossAU

A blaze at Long Gully Road at Drake also tore through more than 72,000 on Tuesday. Fire tears through a property at Grafton in the Northern Rivers region of New South Wales.
Nine News

📷 Some of the aftermath of the devastating bushfires currently burning in Northern NSW.

Stretches of the North Coast rail line have crippled by fire, with the Rappville Rail Bridge destroyed.

Thinking of all those affected by bushfires across the state. pic.twitter.com/RKj00RvMwP

Despite a cooler weather forecast from midweek - with temperatures expected to drop to the mid-20s - continued dry conditions meant fire dangers would not immediately fall away.