President Vladimir Putin has called on Russians to suggest names for the country's newly unveiled nuclear weapons through an online competition.

President Vladimir Putin has invited the nation to offer up names for some of Russia’s newest weapons through an online competition.

The ‘name-that-weapon’ contest is giving Russians the chance to name a global-range cruise missile, an unmanned underwater drone and laser weaponry.

The Russian Embassy has asked Russians to take part in Vladimir Putin’s naming contest through a tweet:

The global cruise missile is an atomic-powered missile carrying a nuclear warhead, while the underwater drone is a nuclear-powered weapon capable of launching a powerful nuclear explosion, American broadcaster ABC reported. 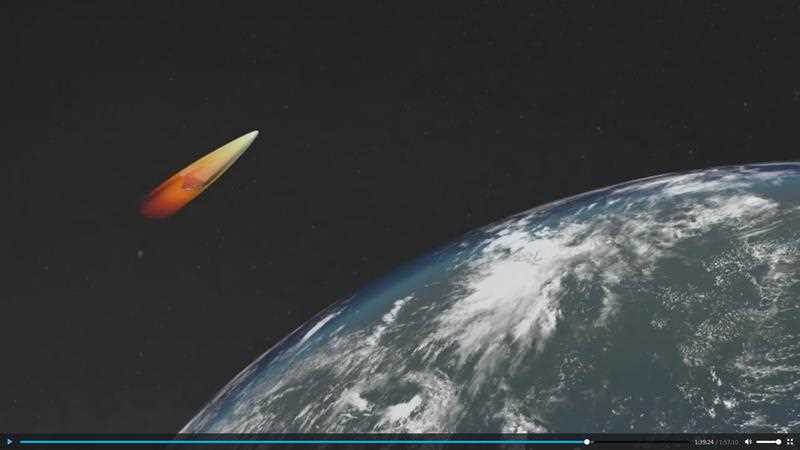 A frame grab taken from a handout video footage of Russian President's state of the union address.
AAP

The Defence Ministry opened the online naming contest, soon after Vladimir Putin's State of the Union address on Thursday, where he announced the new Russian weaponry.

In his address, President Putin said the new weapons would mean Russia could hit almost any point in the world and evade a US-built missile shield. 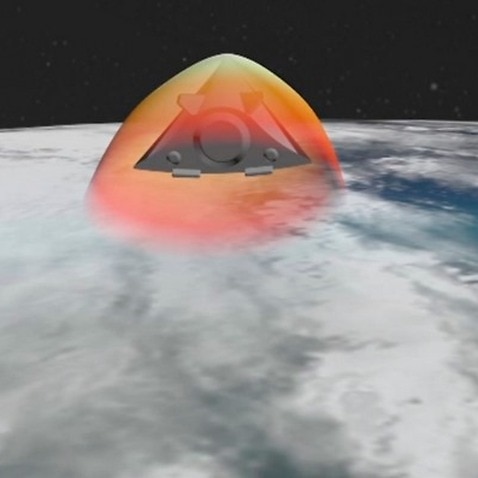 During the speech, he showed tests of a new missile system he said could fly at 20 times the speed of sound and manoeuvre up and down - he claimed the technology was not owned by another country. 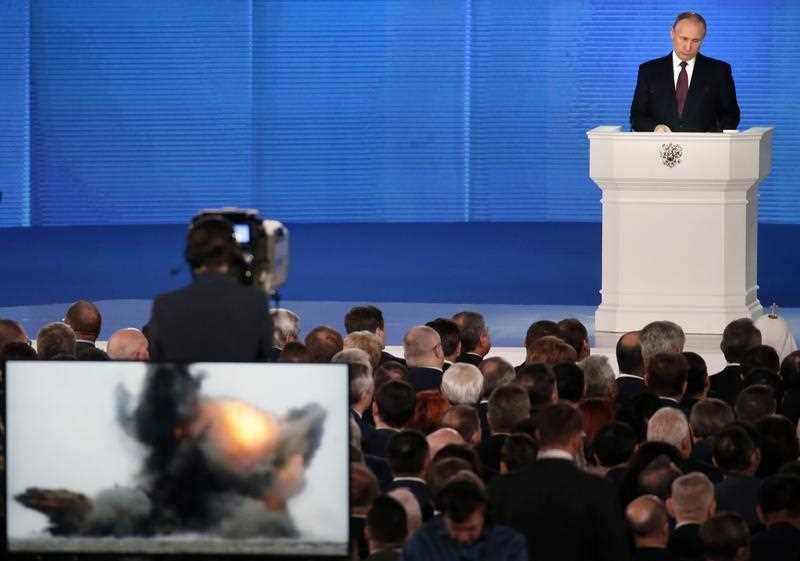