Why you should be live streaming, snapping and Instagramming

Social media can be an important tool for any small business to get their brand out there. One chocolatier has used streaming apps to take his family business to another level, and now boasts customers from across the world. 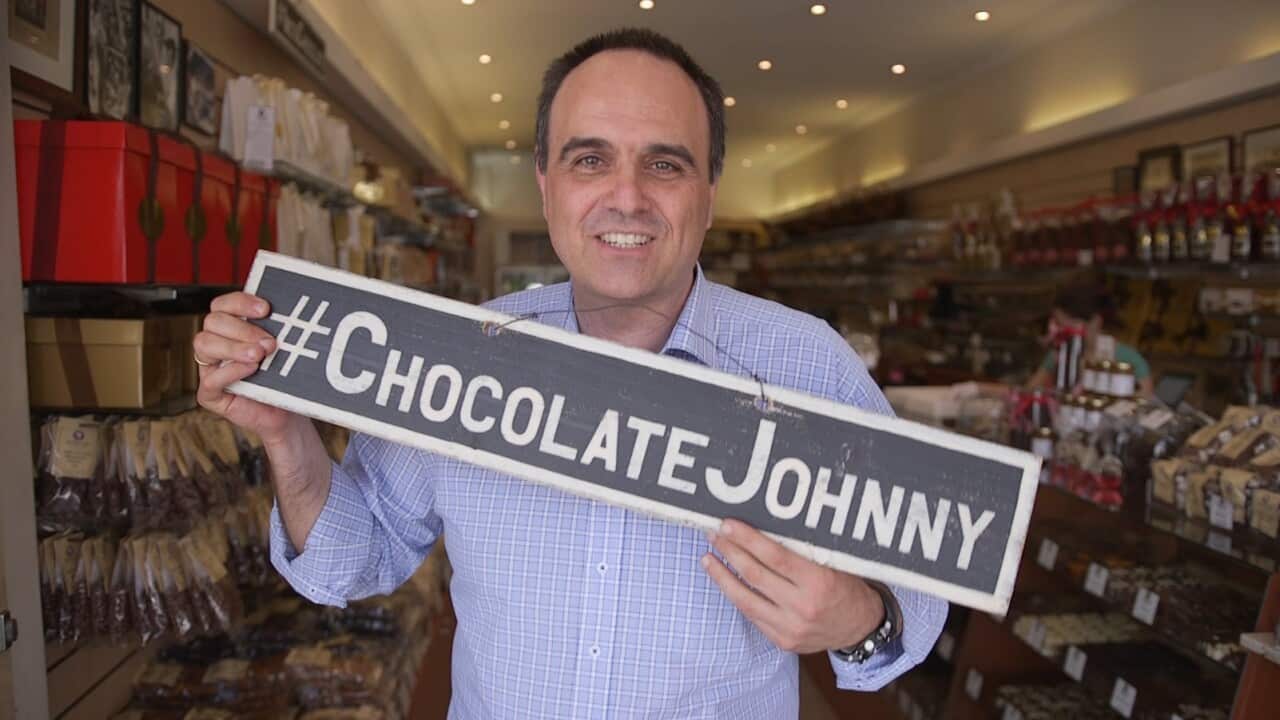 When it comes to caffeine and sweets, John Kapos knows his stuff. Standing behind the counter of Perfection Chocolates in Sydney's Double Bay, the locals pour in every morning to taste "the best coffee in Sydney," made by "Chocolate Johnny" himself.

It's an alias that's seen Mr Kapos amass a huge social media following. The stats speak for themselves: 21k followers on Periscope, 5k on Twitter and 2.6k on Instagram. His live streaming videos follow his daily life- from sunsets on Bondi Beach to interactions with customers in-store, and have been watched hundreds of thousands of times.

Mr Kapos is working hard to extend his reach and is a self-described "early adopter" of new apps and social media. Since he started using Periscope in April last year, he's had at least 65 people from around the world come into Perfection Chocolates.

"It's such a good feeling that you can be on here and just make people laugh."

Mr Kapos says other small businesses should consider using social media as a viable strategy to increase sales and draw attention to services.

"Are there more customers? Yes there are. Am I getting more orders off my Facebook page? Yes. Are more people following me on social media? A lot more," Mr Kapos said.

The social media maven says doing a Snapchat story, an Instagram post or a Facebook live could change someone's business dramatically. His own social media presence has seen him recruited as a public speaker and an advisor to other small businesses.

Chocolate runs in the family

But the sweet returns of social media weren't always available to this family-run business. John's Great Uncle Mick, a refugee from Greece, founded Perfection Chocolates in Rose Bay in 1939.

The store was fitted out as a milk bar and the sweets were hand-crafted out the back. John's parents, Spiro and Mary Kapos took over in the early 1970's.

"Chocolate Johnny was told by his dad to wake up on a Saturday morning and come to the factory and stir coconut brittle all day," Mr Kapos said.

"During the week I'd come and have ice-cream and chocolate as much as I wanted - it was a kid's dream."

John's father passed away a few years ago, but made sure to pass on his trade secrets.

"The one thing that dad always said was make sure you take care of your customers, treat them with respect and he always said pay your tax!"