A couple would need a lump sum of about $640,000 in super to retire comfortably, assuming they own their home and are mortgage-free, according to the Association of Superannuation Funds of Australia (ASFA).

But ASFA CEO Martin Fahy says many people, particularly those from non-English speaking backgrounds, are way off that. "Migrants from non-English speaking backgrounds are more likely to have a low balance and they're less likely to have a high balance that is over $200,000, and the difference is very significant," he told SBS News.

The latest figures from the Household, Income and Labour Dynamics in Australia Survey reveals that 66 per cent of overseas-born women, with non-English speaking backgrounds aged 55 to 59, have a super balance of nil or less than $50,000.

Only seven per cent have a balance more than $200,000. Those figures are less favourable than for Australian-born women. 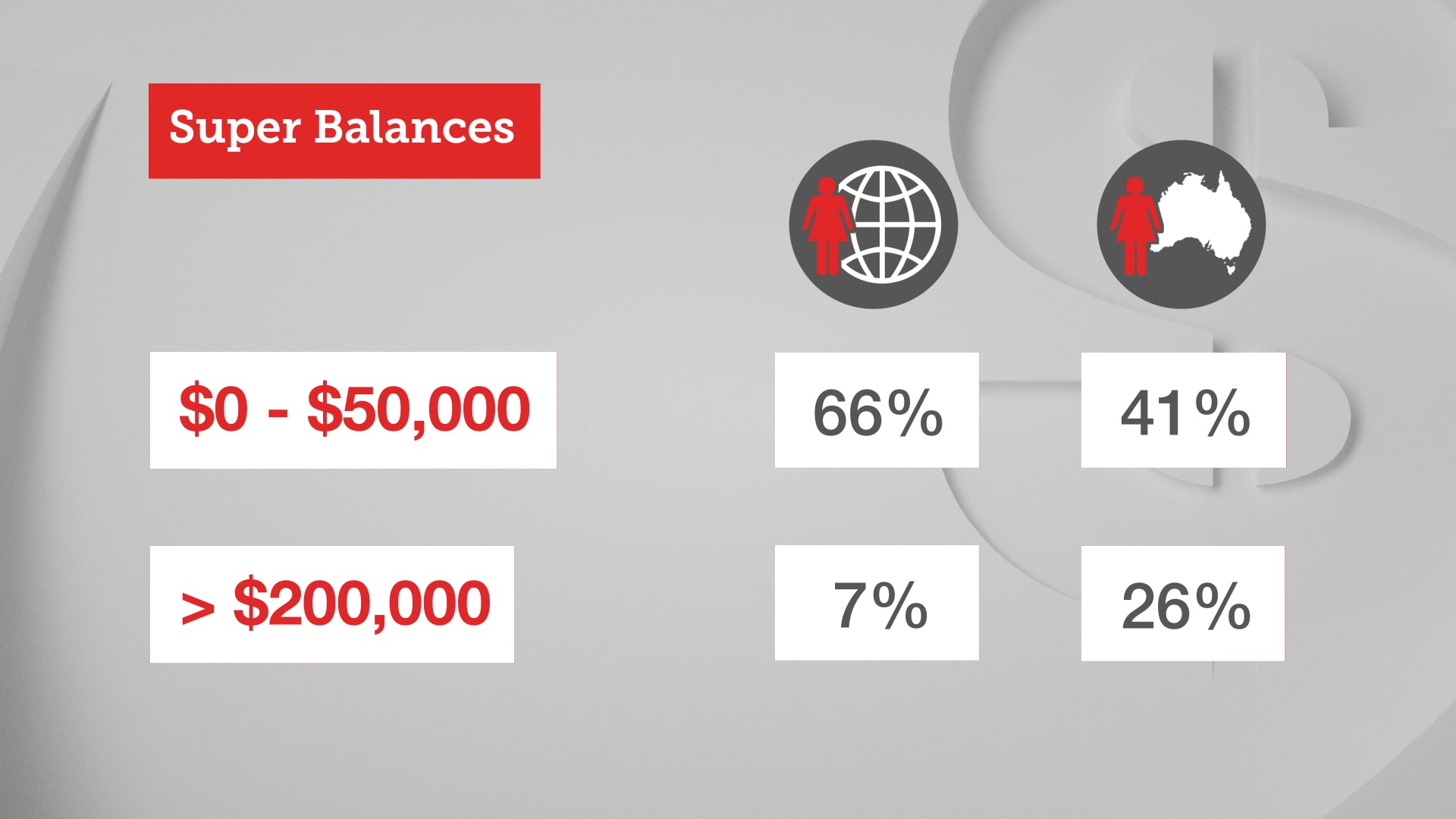 The figures also show that 44 per cent of overseas-born men from non-English speaking backgrounds have a super balance of nil, or less than $50,000, while 20 per cent have more than $200,000.

"The potential causes of these differences are many," says Dr Fahy, "but what we do know is that it may be they arrived later in their careers to Australia, so they've had a shorter working life.

"They may have had periods of unemployment, or they may not have been earning the appropriate salary to the level of other qualifications, so they're being paid a lower level within the economy."

Marc Bineham, president of the Association of Financial Advisers, says it may also be a cultural issue.

"If it's a cultural background, from where they come from, a lot of migrants I see, they trust superannuation. They may not trust the government in their superannuation so they may have enough for retirement, but it may not be superannuation," he said.

Often, they pour their money into property.

"Bringing and consolidating your retirement savings to Australia, it can be challenging but it's not impossible and having it all in one place can have benefits. But individuals need to look at their own personal circumstances and get advice as to what the best way is to proceed to fund their long-term retirement."

Mr Bineham says there are many tax benefits the average person would not know about.

"There are new downsizing rules that are coming in for people who are over 65, there are pension benefits under superannuation which are really tax effective." "There are also some benefits or policy setting called the low-income superannuation tax offset which helps people on low income get additional benefits for superannuation," he says.

"Unfortunately we also have situations where unscrupulous employers are maybe not paying superannuation or not paying appropriate wages and we've had some very high profile examples of that involving migrants from non-English speaking backgrounds."

Dr Fahy says everybody should be encouraged to take an active approach to superannuation.