There appears to be no end in sight for millions of civilians and refugees affected by the bloody Syrian war. Here's how you can help.

Fighting has once again flared in Syria.

The latest bloodshed is in the northeastern part of the country, where neighbouring Turkey has launched an invasion against long-time Kurdish rivals across the border.

Thousands of Syrian civilians, including many children, have been caught in the crossfire.

It's now been more than eight years since the Middle Eastern country descended into a civil war in which an estimated 400,000 people have been killed and more than 5.5 million have fled as refugees. 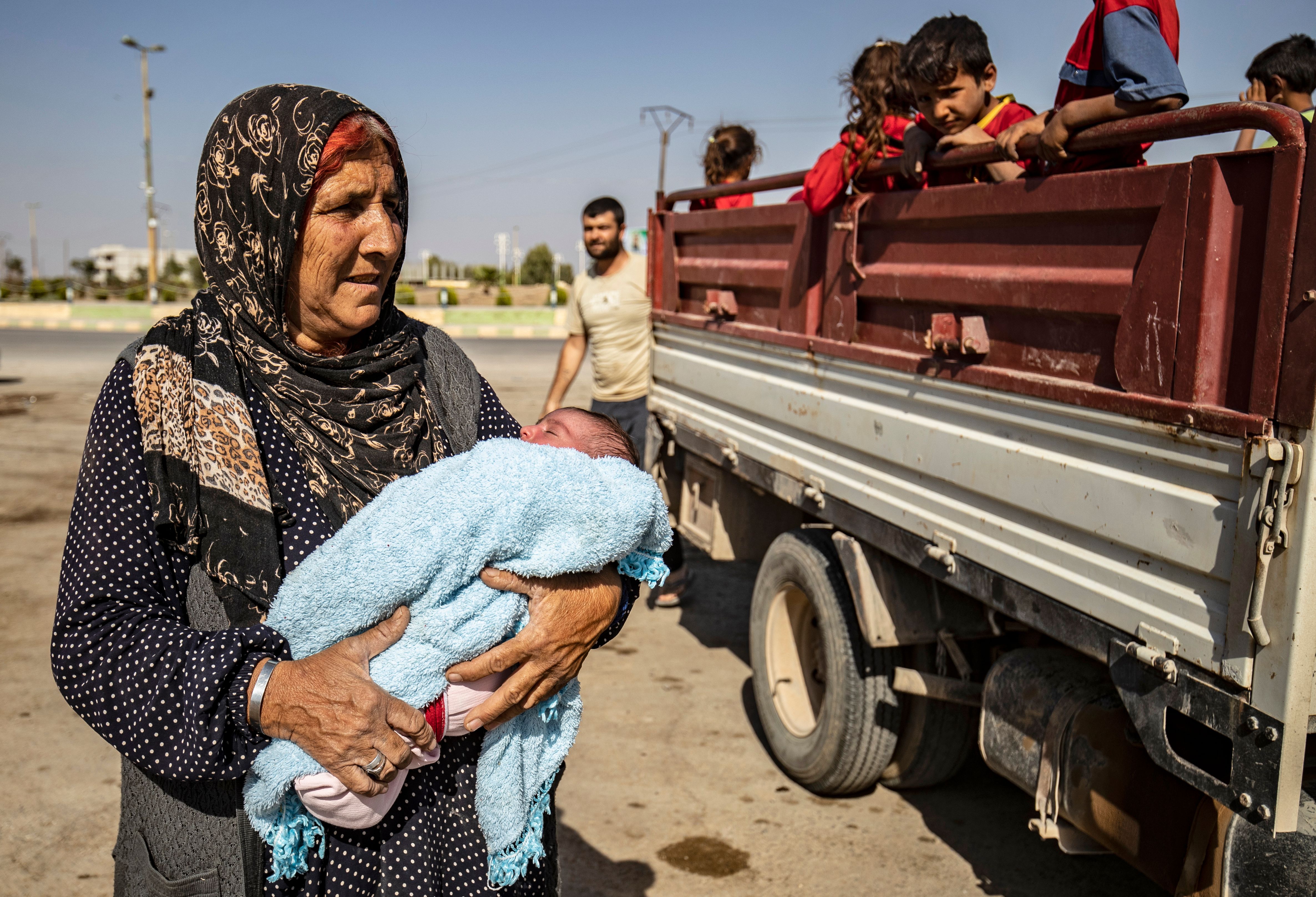 But many organisations have stepped up to help those in need.

Inside Syria, humanitarian efforts have focused on providing aid, such as food, clean water, medicine and shelter.

And several aid agencies have been set up in nearby countries, to deal with the mammoth humanitarian effort.

Here's are some of those groups and information on how you can donate:

UNHCR is one of the leading agencies offering aid to people struggling inside and around Syria.

The organisation's main objective is to offer humanitarian aid for refugees, as well as helping the most vulnerable with cash for medicine and food, stoves and fuel for heating, insulation for tents, thermal blankets and winter clothing. A Syrian mother and her children who were displaced by the Turkish military operation in northeastern Syria.
AAP

"The situation in northeastern Syria is escalating and more people could be forced to leave everything behind," material from UNHCR says.

UNICEF's Syria Crisis Appeal is delivering emergency supplies, protection and support to children caught in the line of fire and to those forced to flee.

"We had to flee home because of the attacks. We slept out in the open. We had no mattresses, no blankets or food. We escaped with our children for safety."
Nearly 70,000 children have been displaced by the ongoing fighting in northeast Syria.#NotATarget #ChildrenUnderAttack pic.twitter.com/Y3g2EDIZTD

It has several teams on the ground in Syria's most dangerous regions, to supply children and families with much-needed essentials, including food, medicine, clean toilet facilities, vaccinations and clothing.

The Australian Red Cross' Syria Crisis Appeal has been offering frontline health services in the country, including access to medicine and psychosocial support for people who have suffered trauma. Save the Children Australia's Syrian Refugee Crisis Appeal has several branches for providing humanitarian aid, such as food, clean water, medicine and shelter, as well as supporting schools and training teachers.

The organisation says a $70 donation could purchase winter kits for three children, with socks, hat, scarf, jackets, boots and a blanket or $120 could provide 6,400 people with clean, safe water. 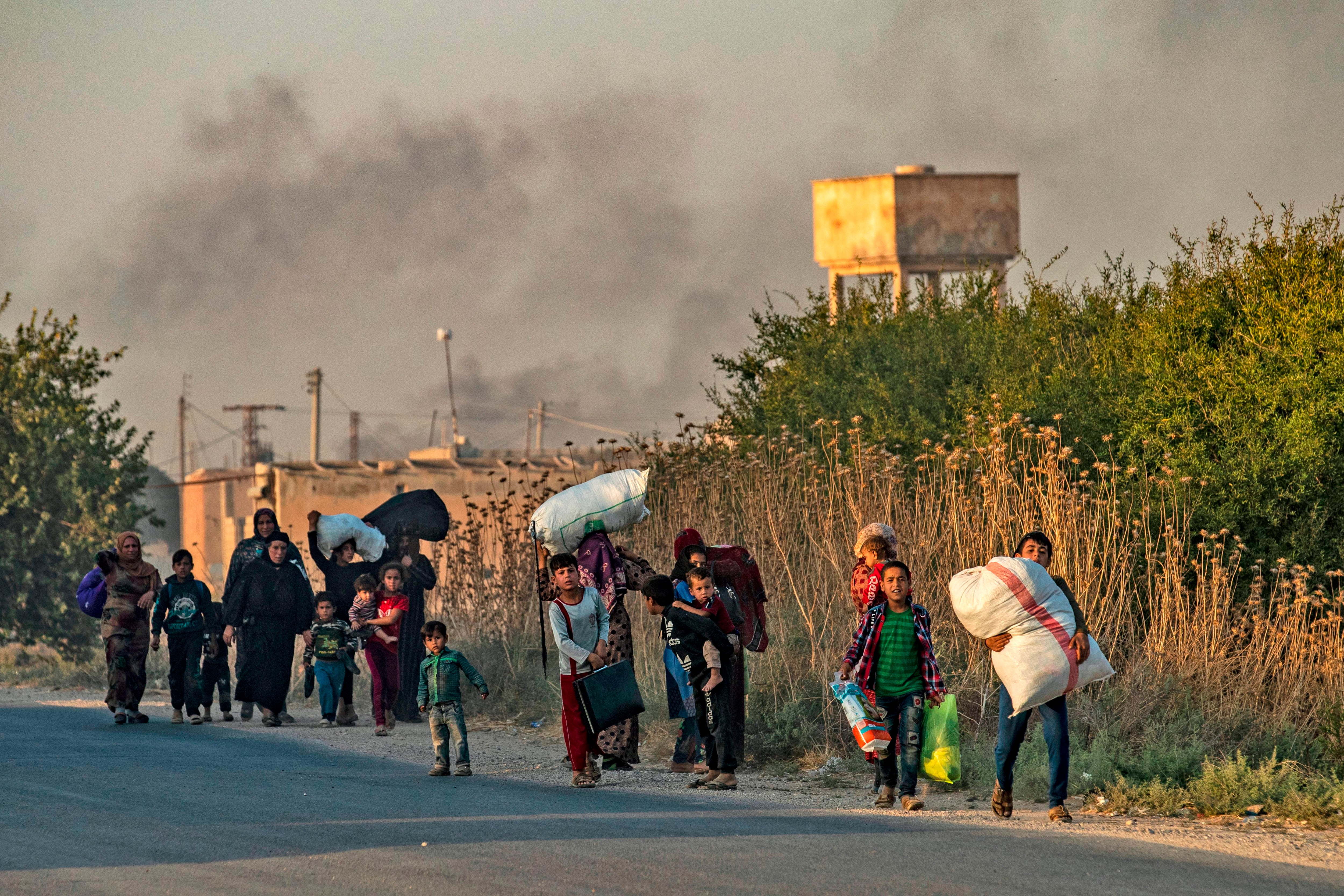 Civilians flee with their belongings amid Turkish bombardment on Syria's northeastern town of Ras al-Ein.
AAP

"Syria's children need your support more than ever. There's no time to wait," material from the organisation says.

Through its national partners, CARE is delivering emergency aid, shelter kits and food parcels to displaced families in areas under siege within Syria and in the surrounding countries.

One of its partners, Syria Relief, is helping displaced children hear for the first time.

The organisation has shared an online video of the moment 13-year-old Abdulkader received his hearing aid.

Over the last year, Oxfam estimates it helped more than two million people in Syria as well as refugees in Jordan and Lebanon.

This has included providing safe drinking water, sanitation and vital food aid as well as helping refugees make a living. 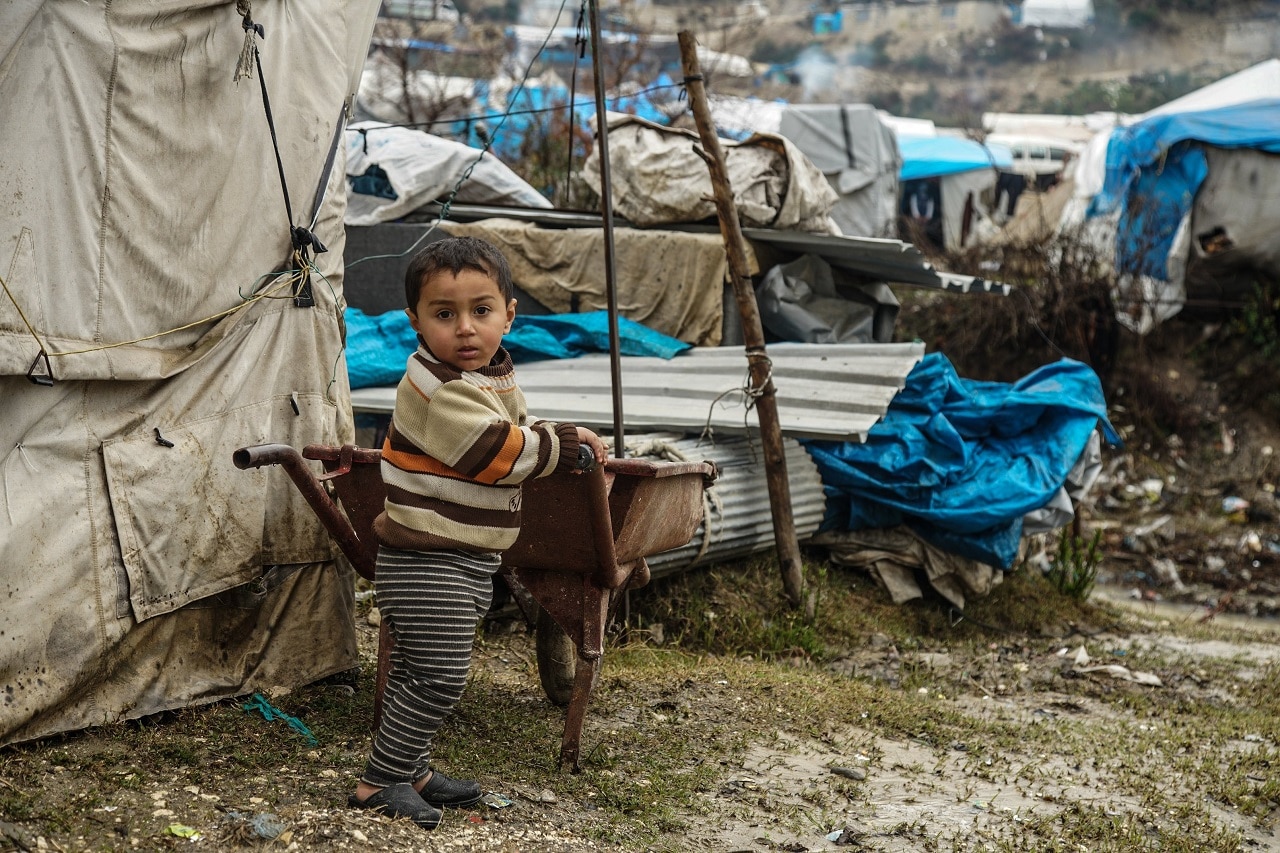 "The scale of this emergency is huge and we still urgently need your help," material from the organisation says.

It says as little as $40 can provide hygiene kits to a Syrian family in Lebanon, minimising the risk of hygiene-related illness.

"Thousands of doctors, nurses, pharmacists and paramedics have been killed, kidnapped, or displaced by violence, leaving a massive gap in medical expertise and experience," material from the organisation says.

Despite security constraints and government limitations, it is continuing to provide medical and humanitarian assistance.

Other organisations collecting donations for Syria:

Follow the links to find out more about how you can help people in Syria: