A new generation of artists are using modern tools to ensure the tradition of full body tattoos is not lost.

An ancient Polynesian 'kastom' (traditional culture) of tattooing in the Solomon Islands has been revitalised after it was banned for decades by fundamentalist churches on remote islands.

The practice is flourishing again on the island of Bellona, 80 years after Christian missionaries arrived there and ended the practice.

Much of the knowledge of the designs - distinctive heavy ink block ‘taukuka’ mixed with detailed patterns – survived, but no longer carry the same meaning.

Bellona and neighbouring Rennell Island are tiny, but the tattoos signify a new confidence in their identities.

Boland Green Kaituu is a mataisau (tattooist) from Bellona and is considered the best in the Solomon Islands at what he does. 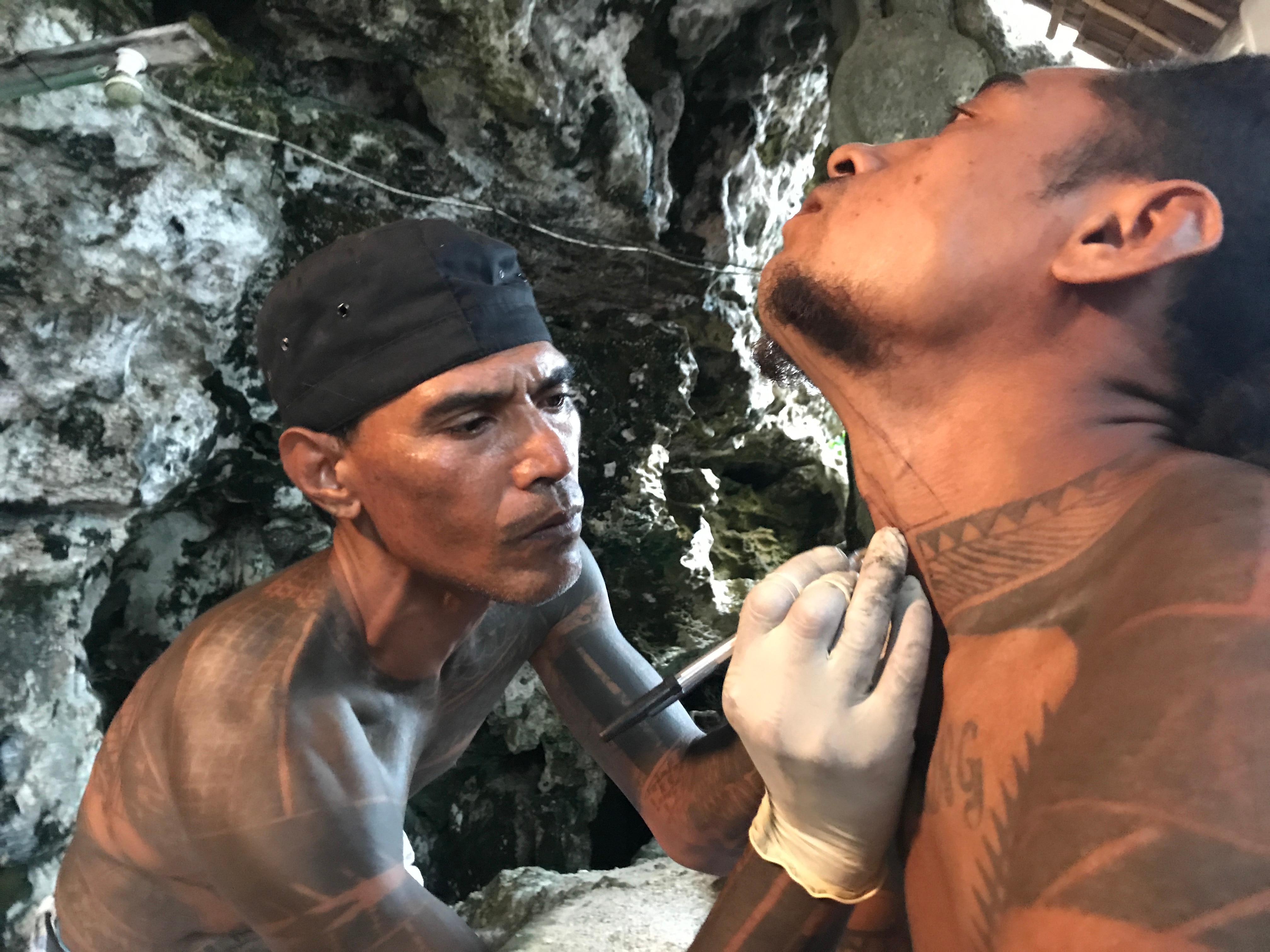 “In the Christian Bible, or belief, they say the body is a temple, so if you put a design on it, you dirty the temple. That’s why they ban it,” he told SBS News. 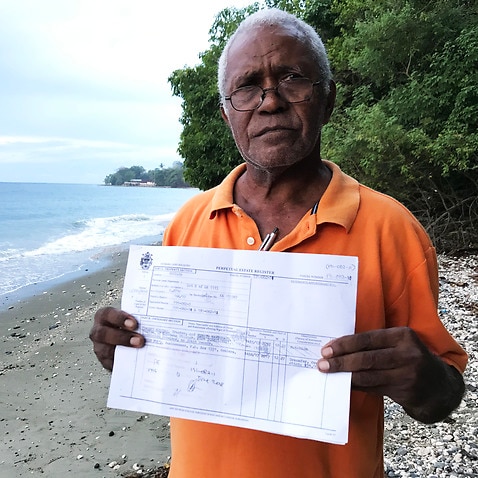 Returning home to Bellona from the capital Honiara, BG, as he is known, is now building his family house and doing what was once forbidden on the island. There is no national government presence and churches remain powerful.

When SBS News visits, he is working on a rare throat tattoo for local man Rex, part of an eventual full-body tattoo.

The unique heavy ink patterns once signified various levels of status, knowledge and skills, religious beliefs and bravery within the isolated communities. Now they say something to the outside world.

Fundamentalist Christian Seventh Day Adventists and South Sea Evangelical churches arrived in Bellona in 1938 after they earlier took over Rennell. The islands are among the last in the South Pacific to be converted.

Missionaries immediately began to destroy and ban customary artifacts and practices, but they could not remove people’s tattoos or erase their significance.

The last pre-Christian elders died in the late 1970s and young people have slowly begun defying the church and its rules.

Anthropologist Francis Tekatoha was born in Bellona and is covered in the distinctive black block tattoos.

“Whenever you put on your tattoos you are imprinting your understanding of the gods … the taking on of the gods into your body,” he said. 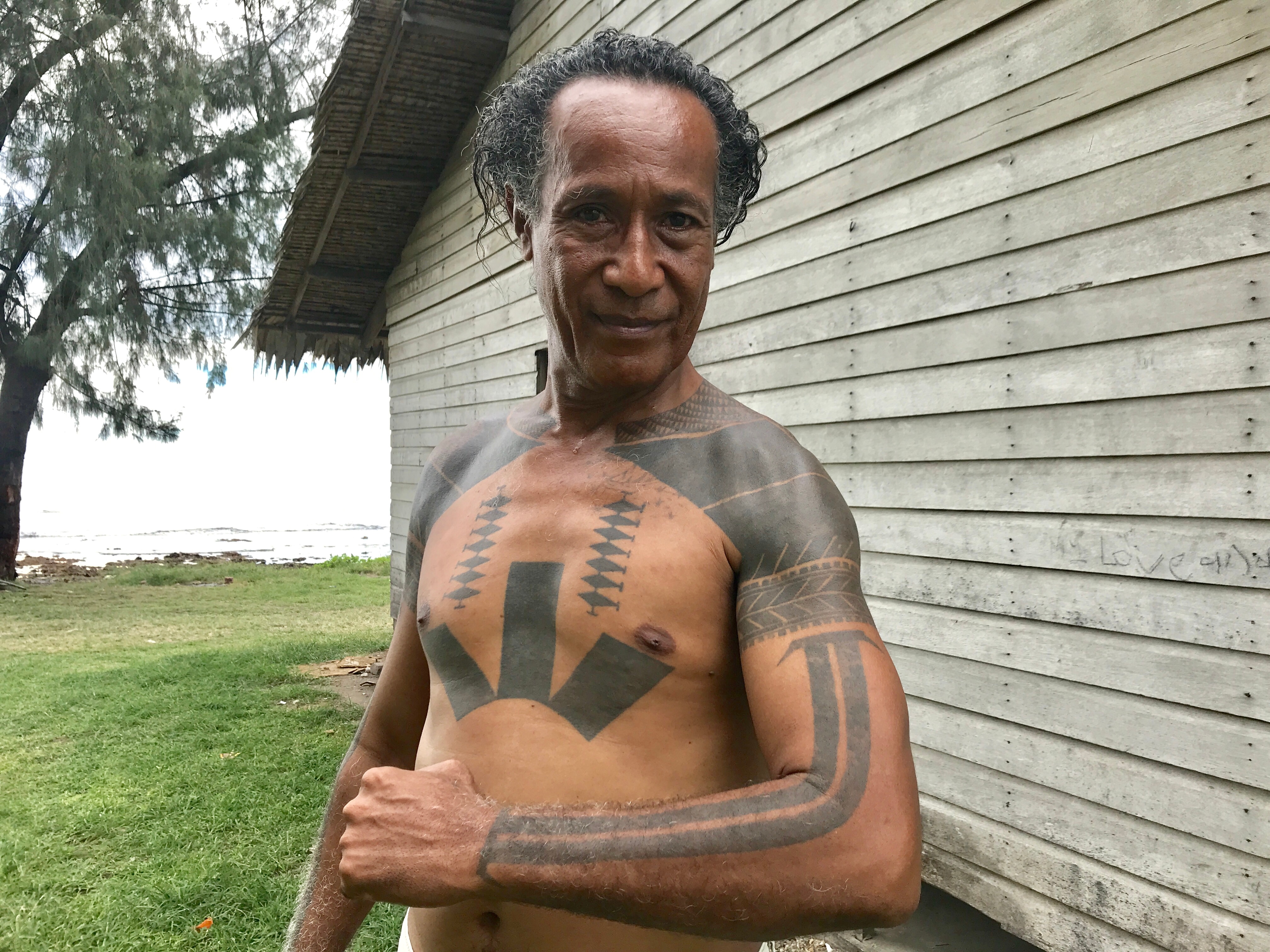 “The pure form to our people has not really been carried through by the young. When we put on a tattoo now, it is about us in Honiara, in the Solomon Islands.”

More Bellonese people live in Honiara than back on the island, where there are thought to be about 1,000 people.

“Being marginalised in the country is very much how we’ve grown up here … it's just a feature of being a minority group,” Mr Tekatoha said.

“Solomon Islands is a country pulled together, and all of us from our islands ... feel a sense of marginalisation, it’s just a bit more obvious in our group.”

BG grew up in Honiara and is the grandson of a Bollonese paramount chief.

In his youth he got mixed up in gangs and ended up in jail.

But he left his criminal past behind more than a decade ago when he began to teach himself about the tattoo tradition.

“How did I learn? On myself,” he said, pointing to his body. 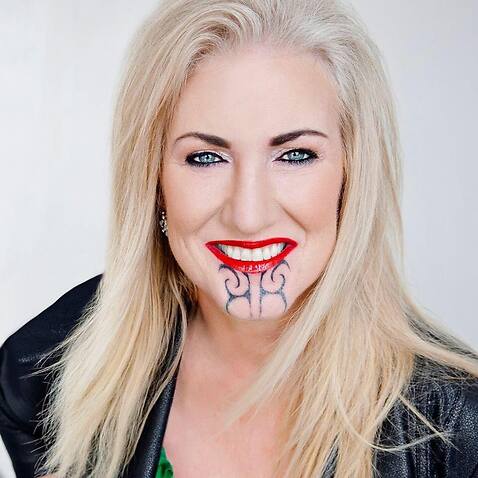 His work gathered international admirers. He tells of being smuggled onto the military base near the capital during the Australian-led RAMSI peacekeeping mission to tattoo soldiers from across the Pacific region.

“They don’t have money to live in that town Honiara. I try to help them. I learn them how to do tattoo, now they have money and can live by themselves,” he said.

They will take part in the Melanesia Arts and Culture Festival in Honiara next month, alongside cultural groups from across the region including Australia’s Torres Strait. 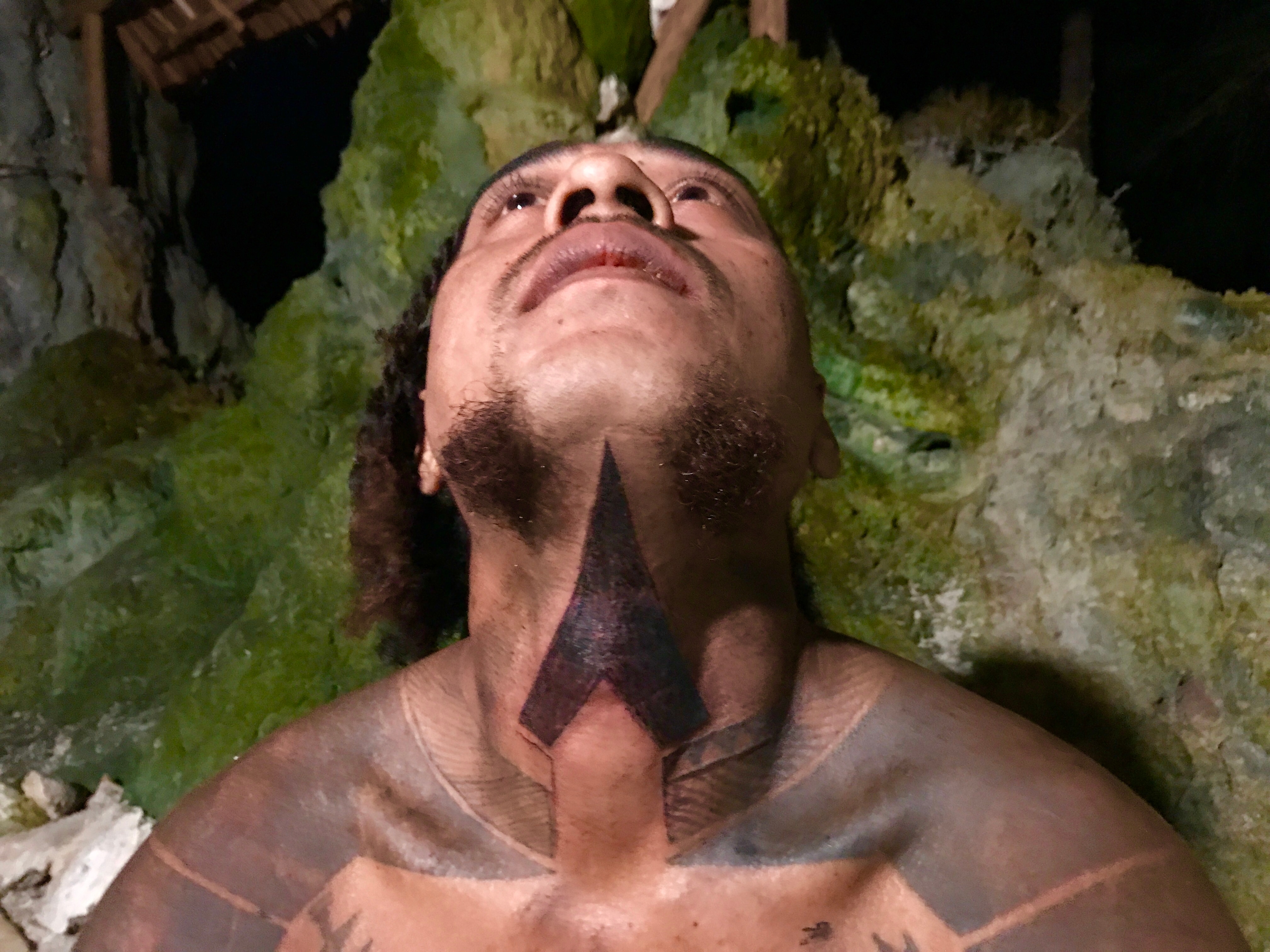 Once done with bird bones, they now use modern tattoo guns that are faster and far less painful.

“The machines our young people use now is as authentic as any other tool used in any age,” Mr Tekatoha said.

“When you use the word ‘tradition’ as in ‘practice’, it’s what they’re practising now that’s traditional.”