Turnbull government ministers are trying to turn up the pressure on the Senate to pass its savings by flagging higher taxes if this is not achieved.

The Turnbull government has raised the spectre of higher taxes if the Senate continues to frustrate billions of dollars in savings measures.

Prime Minister Malcolm Turnbull described the option as a "penetrating glimpse of the obvious".

The government's omnibus bill which ties welfare cuts to an overhaul of childcare fee subsidies and quarantining net budget savings for the national disability insurance scheme, appears dead in the water after Senate cross benchers gave it the thumbs down.

The government might also be forced to ditch legislation for other savings - labelled "zombie measures" - stymied by the upper house. It's prompted Finance Minister Mathias Cormann to issue a stark warning: "There comes a day when the only way you can repair the budget is through tax increases."

Treasurer Scott Morrison said if the government couldn't help fund the NDIS with the net savings from its omnibus bill it only had two options.

The government could not rely on a spike in iron ore revenues to bankroll spending and achieve structural change.

"If the parliament is going to insist that the government spend more and more money, particularly on welfare, then someone has to pay for that," he said. 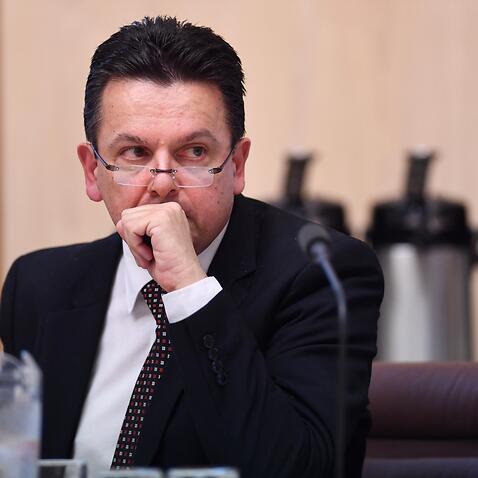 Opposition Leader Bill Shorten described the government's support for the NDIS as lukewarm, and nominated a simple solution to its budget problem.

"Don't go ahead with $50 billion of corporate tax cuts," he said.

Shadow treasurer Chris Bowen said budget management had been as a "rolling disaster" under both Mr Morrison and his predecessor Joe Hockey.

The treasurer was having a "massive tantrum" because the Senate wouldn't follow his will.

Greens leader Richard Di Natale said the treasurer should have come to his realisation months ago, before the government implemented income tax cuts for those earning more than $80,000.