Sustainability is supposed to be a priority across the national curriculum, but the reality varies greatly between schools around Australia. Teachers are calling for more support, while academics want a federal plan.

Teaching Australian school children about sustainability appears to be a case of hit and miss despite a decade-long push to make it a priority across the national curriculum.

A survey of Queensland teachers found that many were unaware of a 2008 directive by federal and state education ministers to incorporate sustainability across all subjects, while others said they did not have any spare room in a curriculum that they said was inflexible.

But schools in Victoria, NSW and ACT appear to be ahead in sustainability programs, where schoolyards are being turned into veggie patches and children are encouraged in water saving and other eco-friendly measures.

Victoria and NSW were a part of the successful pilot trial of Australian Sustainable Schools Initiative (AuSSI), a federal government initiative implemented in 2005 in partnership with state and territory education and environment agencies. The scheme has since been axed.

Senior lecturer in education policy at the University of Melbourne, Dr Glenn Savage, says there is no way to ascertain whether sustainability – one of three subjects that are the focus of the Cross Curriculum Priorities (CCP) initiative – is being taught in all classrooms across Australia.

As a cross-curriculum subject, it must be incorporated within all subjects for students from Prep to Year 10. (The other CCP issues are Aboriginal and Torres Strait Islander histories and cultures, and Asia and Australia’s engagement with Asia.)

“But the question is, are the teachers aware how to embed a CCP subject in their teaching?” Dr Savage said.

Turnbull, agencies at odds over renewables

The president of Australian Association of Environment Education, Mark Caddey, says that there are Australia-wide inconsistencies in sustainability education.

“Since the Commonwealth Government stepped away from AuSSI standards have slipped,” he said.

Both the federal Department of Education and the Australian Curriculum Assessment and Reporting Authority (ACARA) have put the onus of teaching sustainability on the state governments.

Mr Caddey said: “ACARA draws a line where it will not mandate to pedagogy or implementation of sustainability education.

“And because the implementation of a CCP subject is left to the states, there is a lack of consistent policy on sustainability education, depriving the new teachers of education on integration of climate education in the curriculum.”

Research by Jennifer Nicholls at James Cook University revealed that primary and secondary school teachers in Queensland did not feel supported by curriculum materials that included climate change and sustainability. Consequently, many did not include the issue in their lesson plans, relying instead on incidental conversations and discussions with students.

The survey of 300 teachers found that those who did tackle the issue did so through personal investigation and self-learning.

But Queensland’s department of education says its “Curriculum into the Classroom (C2C)”, which is a variant of the Australian curriculum, allows specific opportunities for sustainability education. Tokyo medals to be made from recycled donated metal

Dr Savage says that while variations of curriculum across Australia might allow flexibility for a state to adapt a subject such as sustainability to its own requirement, it makes implementation inconsistent.

“Are the states really using that flexibility to their advantage?” he said.

Whether education on climate and sustainability extends beyond the classroom is often dependent on individual principals.

“Some schools have a broader commitment towards sustainability than others,” Dr Savage said. “The whole school is geared around it. In most cases it is up to the principal’s interest.”

Victoria’s Banyule Primary school in Melbourne’s north-east is a standout.

It was named school of the year by Resource Smart, an initiative of Sustainability Victoria, and is one of more than 1000 schools in Victoria that have committed to putting sustainability front and centre of their programs.

Principal Sharon Marmo joined Banyule at a time when there were empty garden beds and little drive in the staff to be green.

“I felt that I had to do something for the environment,” she said. “I don’t want us to get to a day when there are no birds waking you up at five in the morning.”

The school’s effort is led by 10 teachers and 24 student leaders, who ensure every student participates and learns about sustainability. The school community comes together four times a year to participate in environment-friendly activities. 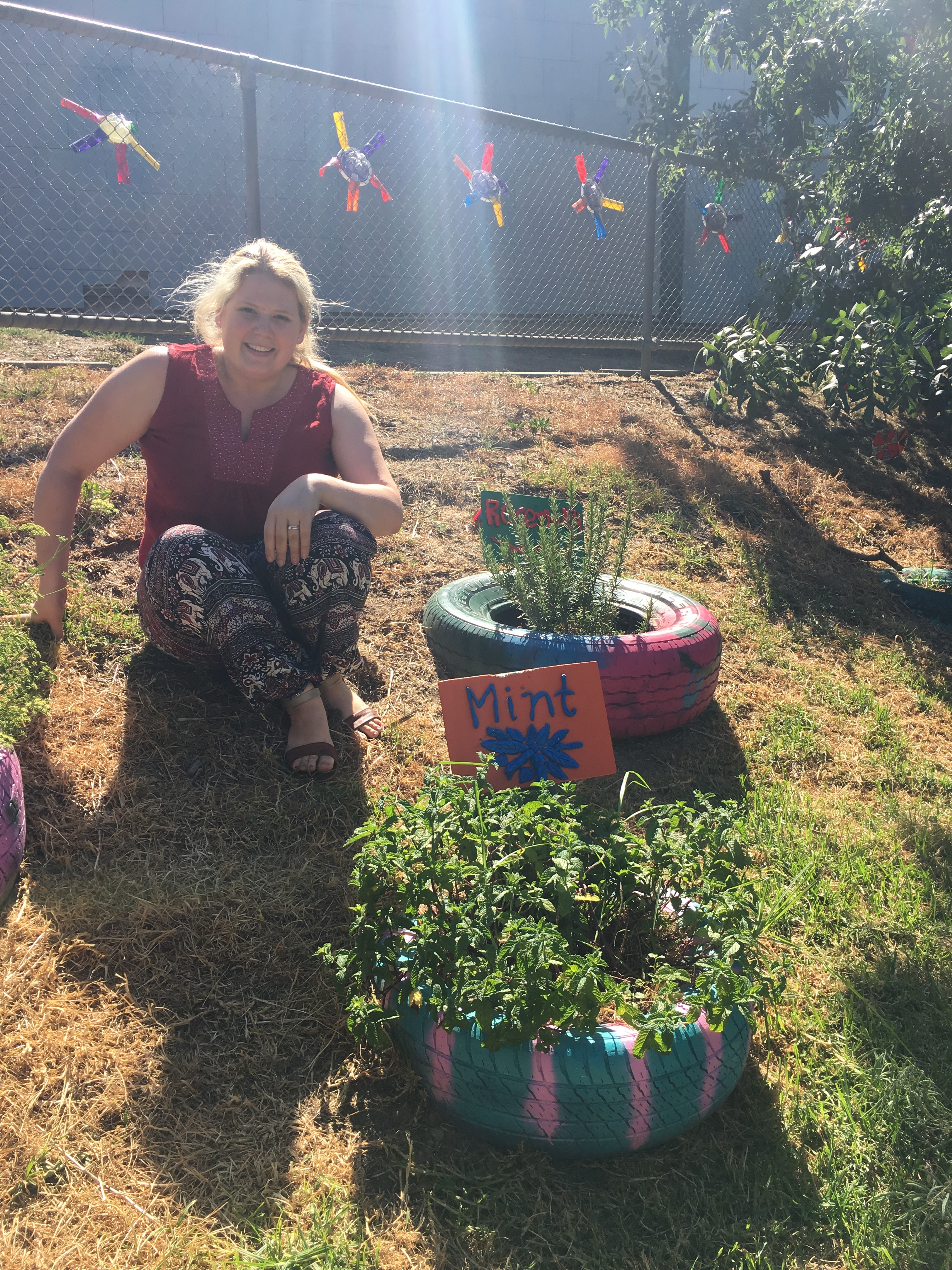 Rainwater tanks, solar panels, a greenhouse, a veggie patch, a chicken coop made from recycled bed frames, a gardening club and a wicking pot have mad a “huge difference” in the children’s awareness, says prep teacher Courtney Deacon.

She says that kids from Prep to Year 6 willingly join the gardening club during lunch time to help water garden beds and feed the chooks.

Resource Smart’s Michael Birt says it's not about the money that the schools put in.

"It could be a simple thing such as having litter guards during lunch time," he said.

“This school has shown leadership specifically across biodiversity, water and energy savings, waste reduction, student and wider community engagement – this is no small task for a school of 579 students.”

A school in Tasmania also put their small country town of Huonville on the map, winning $133,000 in an international competition by incorporating a range of sustainable solutions, including retro-fitting a school building to improve its energy rating from half a star to six stars.

But these success stories are sporadic. Dr Savage says there is a significant disparity in the way in which sustainability concepts are incorporated in the curriculum and teachers do not receive enough professional development to help them embed CCP subjects in their teaching.

The Australian Sustainable Schools initiative ended in 2011. Though there are multiple organisations offering resources on sustainability education, academics say that the government is failing to provide adequate support at a national level.

Australia does not rank highly in UNESCO’s report on nations that are leading in climate change education.

“State governments and the national government are in complete denial about the need for systematic climate change education," she said. "It is not funded and this absence is putting communities and populations at severe risk.”

Climate Council chief executive Amanda McKenzie says that when she goes out to schools to talk, most children seem to be aware of climate change and global warming.

“Young people just get the issue, that it needs to be addressed,” she said. “But what they ask is what do we do about it, what next?”

Ms McKenzie, who is the co-founder of the Australian Youth Climate Coalition, says more needs to be done to educate young people about how to make changes in the community.

“I think there is a piece missing which is about civic duty," she said. "There isn’t enough knowledge on community engagement.”

The latest survey of Global Environment Change shows that one-in-five Australians do not believe in climate change - the highest percentage in the world of climate sceptics. 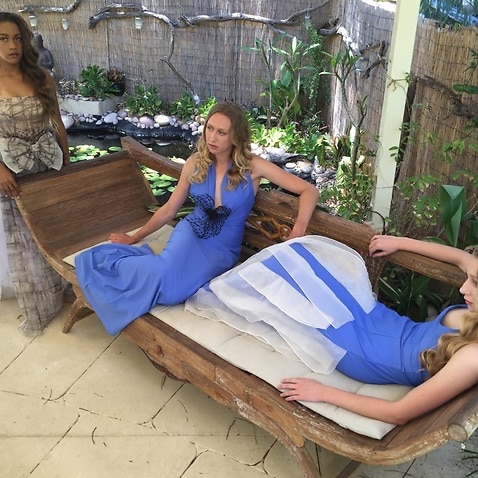