The director said the landslide re-election of reformist President Hassan Rouhani at the weekend was "a small step" in the right direction.

Ali Soozandeh knows his film about the secret sex lives of Iranians will never be shown there.

Nor is he likely to be welcomed home with open arms for portraying a religious judge with a taste for sadomasochism who keeps a harem of women scattered across the country's capital.

But he doesn't regret for a second pulling back the veil on sexual hypocrisy and corruption he claims is at the heart of the Islamic Republic in his daring animated feature "Tehran Taboo".

"I wanted to break the silence in Iran," Soozandeh told AFP at the Cannes film festival, where the film has been compared to Marjane Satrapi's international hit "Persepolis".

"By keeping silent we don't help society evolve nor tackle its problems," he added.

Soozandeh, 47, who lives in Germany, said the myriad religious restrictions in his homeland force people to cheat and be dishonest with themselves, rotting them from within.

"Iranians are a creative people and learn quickly how to get round prohibitions... To compensate for forced public fronts" people can go "out of bounds in regards to sex, drugs and alcohol", he added.

"Lack of freedom pushes people into living by double standards."

"Tehran Taboo" turns on Pari, a hooker with a heart of gold who takes her mute son with her to work on the streets, a relatively common practice in Iranian cities, Soozandeh said.

Forced into prostitution because her jailed drug addict husband won't give her a divorce, the judge who refuses to sign the papers makes her his mistress.

Often told through the eyes of her son, Elias, the film is a panorama of Tehran's hidden vice, duplicitous respectability and the creeping fear that seems to seep into every corner of daily life. In such an atmosphere, normally law-abiding people are forced to skirt the rules as the ever-present religious police cruise the streets arresting young couples for holding hands.

Soozandeh said he wanted to subtly counterpoint the injustices and petty cruelties of daily life in Tehran with the heavy hand of the state.

In one scene the sparky Pari and her son drive past a public hanging with one of her clients while spectators record it on their smartphones.

Soozandeh got the idea for the film after overhearing young Iranians on the metro returning from a holiday in Tehran boasting of their sexual adventures there.

"But this is not a film about prostitution, or even women," he told AFP. "The sexual restrictions also apply to men but women suffer far more. Women carry a huge responsibility for family honour in Iran.

"Women bear the brunt of these restrictions, but as mothers they go on to impose them and transmit them to their children," he added.

Despite its grim subject matter, critics said the film "fizzes with energy and bad behaviour", with Screen International calling it "a wily account of twentysomething Iranians negotiating an assault course of laws and prohibitions to get their kicks". Soozandeh said the landslide re-election of reformist President Hassan Rouhani at the weekend was "a small step" in the right direction.

But Iran is not going to change overnight, he argued.

"The real problem is in our heads. Until people ask themselves why they are collaborating to keep the restrictions alive then nothing will change. Once people question their own roles, then things can change in a society."

Soozandeh - who worked as an animator on "Green Wave", about Iran's disputed 2009 election - said that while his debut film will never be shown there publicly, he has no doubt Iranians will watch it online.

He admitted many will not like what they see.

"When you break a taboo part, some will hate what they see. The film is a mirror. People will not like the image of Tehran and Iran that it projects. But if they are honest, what they are objecting to greets them every morning in the mirror." 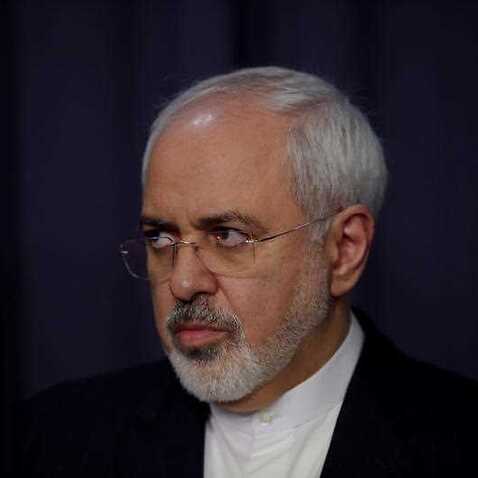 Trump lashes out at Iran during Jerusalem visit