America’s most decorated gymnast Simone Biles shocked the world when she pulled out of the gymnastics team final at the Tokyo Olympics, citing mental health concerns. Australian Olympians told The Feed they were impressed by Biles’ courage and strength.

With a combined total of 30 Olympic and World Championship medals, Simone Biles is considered by many to be the greatest female gymnast of all time.

But she shocked the world on Tuesday when she pulled out of the team gymnastics finals because things "did not feel right" after her vault.

“We want to walk out of here,” Biles said.

“Not be dragged out of here on a stretcher or anything. So it’s like, got to do what’s best for me, and that was what was best for the team.” 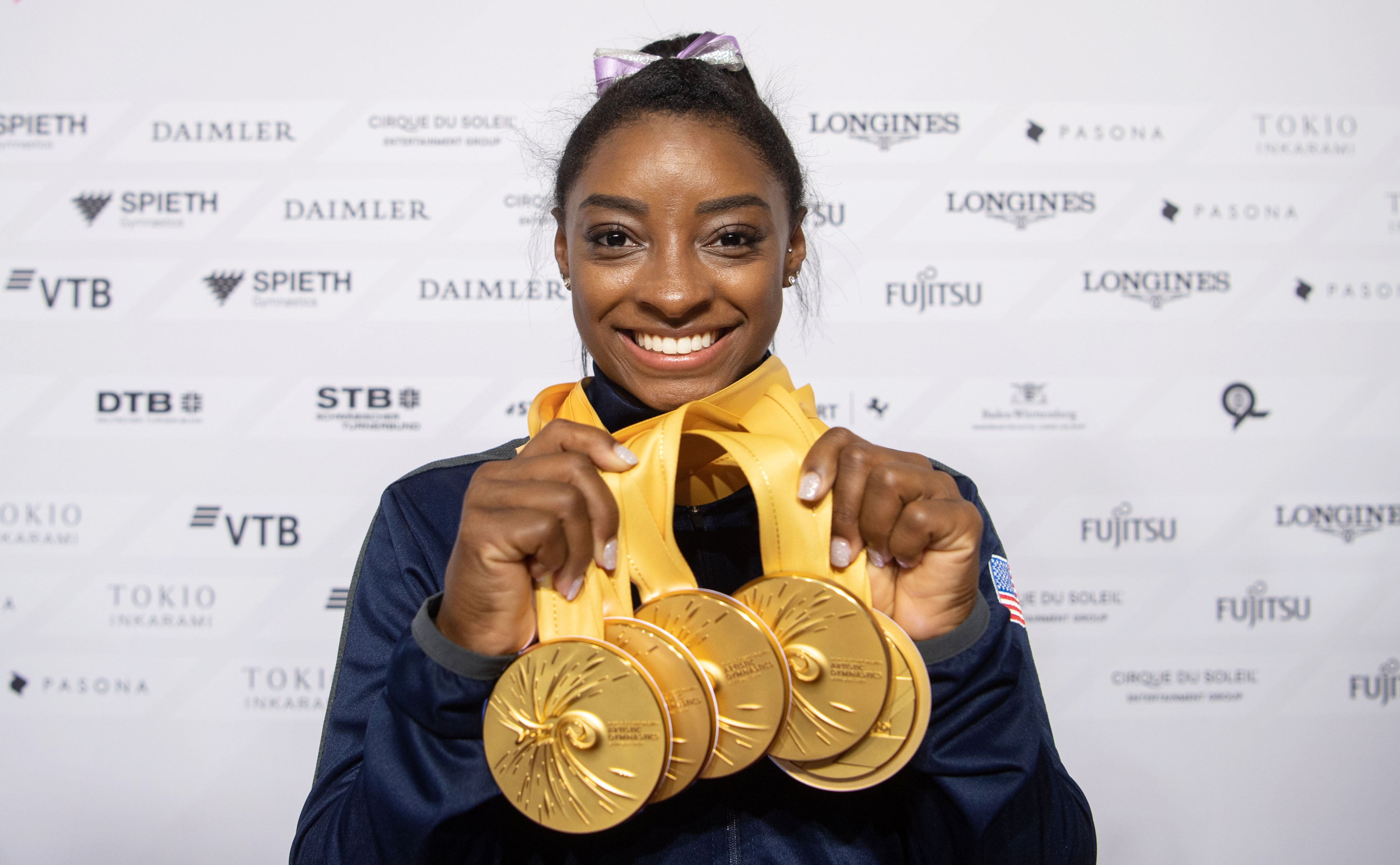 USA's Simone Biles poses with her five gold medal haul at the 2019 World Artistic Gymnastics Championships.
dpa
Biles cheered on her teammates from the sideline on Tuesday night, with the US team going on to snag a silver medal.

“At the end of the day, we’re human, too,” Biles said at the final.

“We have to protect our mind and our body rather than just go out there and do what the world wants us to do.” Previously, the 24-year-old athlete had admitted on social media, “I truly do feel like I have the weight of the world on my shoulders at times.”

Australian Olympians told The Feed that by standing aside, Biles sent an important message to young gymnasts about the need to prioritise their mental health.

Olivia Vivian was 19 years old when she made her Olympic debut as part of the women's artistic gymnastics team at the 2008 Olympic Games in Beijing.

Vivian jokes that as the oldest member of the Australian team, she was the “grandma” of the Games despite being just a teenager. Olivia Vivian performs on the beam during the Australian National Gymnastics Championships at Hisense Arena in Melbourne, 2014.
Getty
Vivian told The Feed she applauded Biles’ decision to step aside and take the Games “one day at a time” - something she said she would’ve never had the courage to do.

“It wouldn’t have been accepted [when I was competing],” Vivian said.

“Back then... I remember coaches saying ‘you better hit every routine… otherwise, another girl will take your spot’.

“I remember being terrified to make a mistake, so there is no way I ever would have had the courage or the strength to do what Biles did last night.”

Vivian said that when she competed in the Olympics, a lot of gymnasts were suffering in silence when it came to their mental health.

“Back then, gymnasts, we didn't have a voice,” she told The Feed. 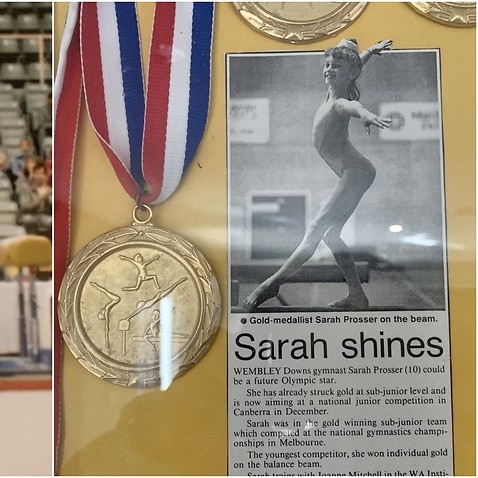 Vivian said she’s now seeing a psychologist and learning how to put her mental health first.

“These days, I'm trying to retrain my brain because I'm very good at just sort of shoving my feelings and emotions down.”

Like Vivian, dual Olympian Georgia Bonora feels that gymnastics has come a long way since she competed in the 2008 and 2012 Games.

She said she wouldn’t have seen withdrawing from an event, like Biles did, as an “option” during her time in the sport.

“When I was training, you would sacrifice everything to get the job done,” Bonora said.

“Simone doing what she did, it just kind of shows that everyone is capable of putting their mental health first.” Georgia Bonora poses during a portrait session at Waverley Gymnastics Centre on August 17, 2010 in Melbourne.
Getty
Bonora said that during her second Olympics, she confronted negative comments online, which added to the immense pressure she faced as an elite athlete.

“It's devastating because you're a young adult and you've trained your whole life to get to the Olympic Games,” she said.

The mental health of competing athletes

“I think the athletes themselves set such a high bar, and these amazing goals to themselves to achieve,” Professor Purcell said.

“It’s sad to hear us as a public talk about someone only getting bronze because you think they're still the third best person in the world, which is just an astonishing feat in itself.” “This Olympics, there's a drastically reduced support crew that can be there. For the athletes not to have their family or friends there can be a real challenge to maintaining their mental health and wellbeing.”

Professor Purcell said for the first time in the history of the Olympics Games, there is now a mental health hotline available to all athletes.

“We really need to listen to these athletes when their mental health has to be as valued and as prioritised as our physical health.

“That’s the real change for me, that’s happening now.” Georgia Rose Brown, Larrissa Miller, Lauren Mitchell, Olivia Vivian and Mary Anne Monckton celebrate with their silver medals at the 2014 Commonwealth Games.
Getty
Vivian hopes the sport will continue to evolve into a more positive environment for athletes across all levels.

She said that returning home from the Olympics in 2008, she was “both mentally and physically broken” and dreaded undertaking the gymnastics scholarship she’d signed with Oregon State University.

But she said when she got over to the United States, she was pleasantly surprised.

“The collegiate system was completely different -  it showed me what a positive and supportive training environment can do, and it made me fall in love with the sport all over again.

“I think everything that's happened in gymnastics in the last year has been so positive, and the start of a very long healing process for a lot of gymnasts.”

LGBTIQ+ Australians seeking support with mental health can contact QLife on 1800 184 527 or visit qlife.org.au. ReachOut.com also has a list of support services