Rescue groups and animal activists are calling for an overhaul of the Australian pound and shelter system, amid allegations dogs with genuine rehoming prospects are being euthanised.

Animal activists are growing increasingly concerned that dogs are being euthanised in pounds, despite having genuine rehoming prospects.

She says these animals have a limited lifespan once they arrive at the pound.

“Some pounds don't hold, regardless of whether the pound's at full capacity, which makes it really difficult...we're always working under the pump.” Ms Moodie keeps across which animals brought into NSW and Queensland pounds are unclaimed. She shares images of the abandoned pets on Facebook, calling on her 22,000 followers to foster the animal before its time is up.

While many pounds work closely with rescue groups to rehome animals, Ms Moodie says some pounds are reluctant to let them in.

“It's sad to think that rescue is there to actually help and we don't always get the chance to do that,” she said.

“It is possible for rescue to save all dogs and cats from pounds, only if we're given that opportunity and only if the system isn't failing them, like it is now.” Debra Moodie works as a hairdresser but is passionate about saving animals.
The Feed

While the rescue founder says she has been able to save hundreds of animals, not all of her attempts have been successful.

“If we've placed a save on an animal in a pound and its time’s up, and it's not picked up on the due date, we have been told that the animal will not be available beyond that date,” Ms Moodie said.

“If our driver's not there by 11 and he's there by 12 or one-o’clock, it's too late. It doesn't matter that we've placed a save on that animal,” she added.

“It's heartbreaking because we've already worked on the dog, we think that we've got it saved and we don't."

The Animal Justice Party in Victoria is working to introduce legislation that will prevent pounds and shelters from euthanising animals that rescue groups are willing to take.

The legislation is being pushed by Claire Harris, a woman that never saw herself as a ‘dog person’ before her first fostering experience ended in heartache. 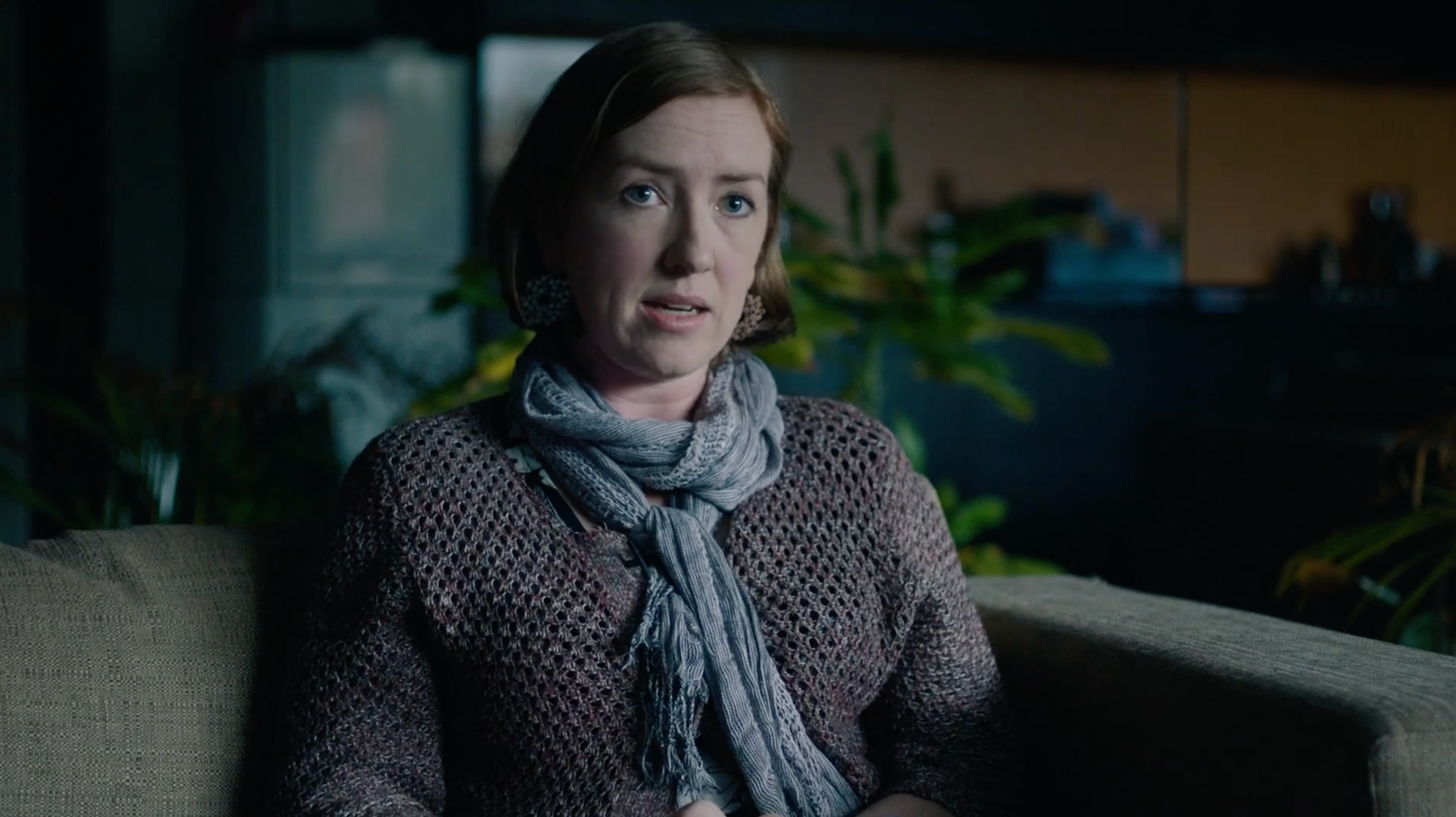 In November 2019, Ms Harris and her partner fostered a greyhound named Dash from the RSPCA.

“We understood that we would look after Dash for a period of six weeks and that then he would be moved to a forever home,” Ms Harris told The Feed.

Ms Harris says Dash displayed some behavioural issues associated with anxiety in the first week, and contacted the RSPCA for help.

“I followed up multiple times and it took four weeks for a behaviourist to call us back.”

The behaviourist suggested Ms Harris bring the dog back early.

She asked the RSPCA if this would affect Dash’s chances of being adopted.

“She said no, no, don't worry...she specifically said, don't worry, he won't be euthanised.” After the six-week foster period was up, Ms Harris returned Dash to the RSPCA, along with a foster evaluation form, in which she stipulated, “After six weeks, Dash is just starting to settle into life at home. He feels comfortable in the apartment and likes to spend most of his time sleeping on the couch or carpet beside us.”

She was not given the opportunity to continue fostering the greyhound.

Dash was never listed for adoption, prompting Ms Harris to email her contact at the RSPCA to check on his progress in January 2020.

In an email, sighted by The Feed, an RSPCA staff member told Claire, “we’re still working with him to sort out his issues. He’s doing well though!”

But when a greyhound rescue group checked on Dash’s progress, on Claire's behalf, they were told he was no longer alive.

“I confirmed what date Dash had been killed and the date was a day before we received the email saying he was doing well,” Ms Harris told The Feed.

“So basically they sent us an email saying he was working with a behaviourist and doing well when he was already dead.” Dash at home before he was killed.
The Feed
In a statement, Head of Operations at RSPCA Victoria Tegan McPherson said, “In the case of Dash the greyhound, RSPCA Victoria made the decision to euthanise in accordance with our Euthanasia Policy and the Code of Practice for the Management of Shelters and Pounds.”

“This took into consideration Dash’s projected quality of life and risk of physical harm based on extreme levels of separation and generalised anxiety in response to a high number of triggers present in both a shelter and home environment.”

“While the decision to euthanise Dash was made in accordance with our policies and procedures, our internal communication processes resulted in incorrect information relayed to Dash’s previous foster carer regarding his euthanasia.”

“We are deeply sorry that this occurred and for how this has affected the foster carer who provided compassionate care to Dash, despite his extreme anxiety and behavioural issues.”

Ms Harris views protective legislation in pounds and shelters as the first step towards more humane treatment of companion animals.

“The more I read about this issue, the more I realise how fraught with problems the entire industry is.”

“I sincerely hope that this legislation is actually just the first step in a greater pound and shelter reform.”