Despite an overall drop in HIV diagnoses, straight Australians are bringing the disease back to Australia from overseas holidays, and Indigenous communities are also especially at risk.

Above video Living positively with HIV

According to a 2018 report by the Kirby institute, despite an overall drop in HIV diagnoses to a seven-year low, there was a 10 per cent rise in transmissions among heterosexual people over the five years to 2017.

Of those cases, nearly half were “late diagnosis” which means that the patient had been unknowingly living with the disease for four years or more.

Heterosexual sex accounted for one in four new HIV diagnosis in 2017.

PrEP or pre-exposure prophylaxis is a pill that has shown great promise in reducing the contraction of HIV.

If taken correctly it can be 99 per cent effective in stopping the contraction of HIV. Roughly half a million people worldwide take PrEP.

In Australia, the most common PrEP drug is an antiviral called Truvada. It’s been on the market for over five years and was added to the Pharmaceutical Benefits Scheme last April, lowering its price to just $39.99 a script.

That’s not to say that PrEP is entirely foolproof. In March of this year, Sydney man Steven Spencer came forward to say that he had contracted the virus while using PrEP “on demand”.

He became just the seventh person worldwide to contract the virus while on PrEP.

I’m straight, should I be on PrEP?

The Australian Federation of AIDS Organisations (AFAO) has written the national framework for HIV prevention with the goal of zero transmissions in Australia by 2020.

By their statistics, the number of yearly diagnosis is on the decline with just 963 cases reported in 2017.

Heterosexual people do get HIV.

“As HIV rates fall among gay men, there is a growing visibility of new HIV diagnoses in this group. This can be because heterosexual people are acquiring HIV when they travel overseas,” AFAO CEO Darryl O’Donnell told The Feed.

“Because heterosexual people are often diagnosed later, transmission can also occur from people who don’t know they have HIV.”

O’Donnell says that PrEP could be a viable option for heterosexual people at high risk of HIV (e.g. if their partner has HIV and a detectable viral load). However, for those not at high risk, the best prevention is consistent condom use and regular testing.

“If you feel you have been at risk, the sooner you know your status, the better. Today, testing for HIV is easy and can be done by any doctor or at a sexual health clinic,” O’Donnell said.

“HIV is an entirely manageable condition if it is diagnosed early. Accessing treatment allows an individual to quickly suppress their viral load, eliminating the chance of onward transmission of HIV.”

While O’Donnell says awareness of HIV within heterosexual communities needs improvement, there is one demographic that needs particular attention; Indigenous and Torres Strait Islander people.

“In Australia, HIV transmission among heterosexual people in Aboriginal and Torres Strait Islander communities is higher than in non-Indigenous communities,” O’Donnell said.

The rate of HIV diagnosis is 1.6 times higher among the Aboriginal and Torres Strait Islander people than Australian born non-Indigenous people. 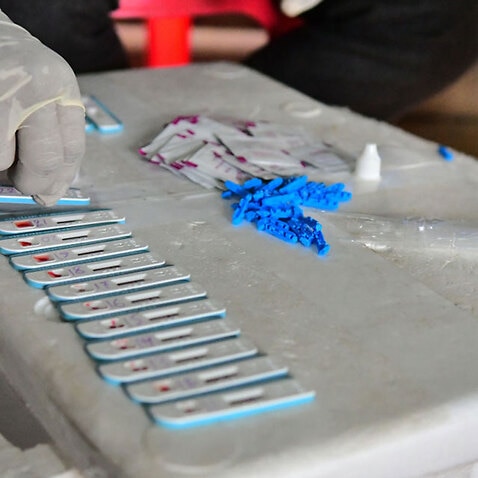 A more extensive list of support groups, including those in each state and territory, can be found here at the Next Steps resource developed by AFAO and NAPWHA.