With crisis accommodation in Queensland almost completely exhausted due to the pandemic driven migration, one woman and her family are now without a place to call home.

Renai Middleton is a Brisbane local, born and raised in the sunshine state's capital.

Greater Brisbane is facing an extremely tight rental market, with some fearing they’ll be left without a roof over their heads.

More than 37,000 Australians have moved to Queensland since the start of 2020, with Brisbane gaining more people than any capital city, according to the Australian Institute of Health and Welfare.

Data from the Real Estate Institute of Queensland has shown the COVID-driven migration has pushed vacancy rates to the lowest they’ve been since 2012.

Homeless now since last October, Ms Middleton stands on the streets of a neighbourhood she has been looking to rent in, expressing how hopeless she feels after having countless applications rejected.

“You feel like you are being judged when you mention you don’t have a home or say you are homeless even,” she told The Feed. 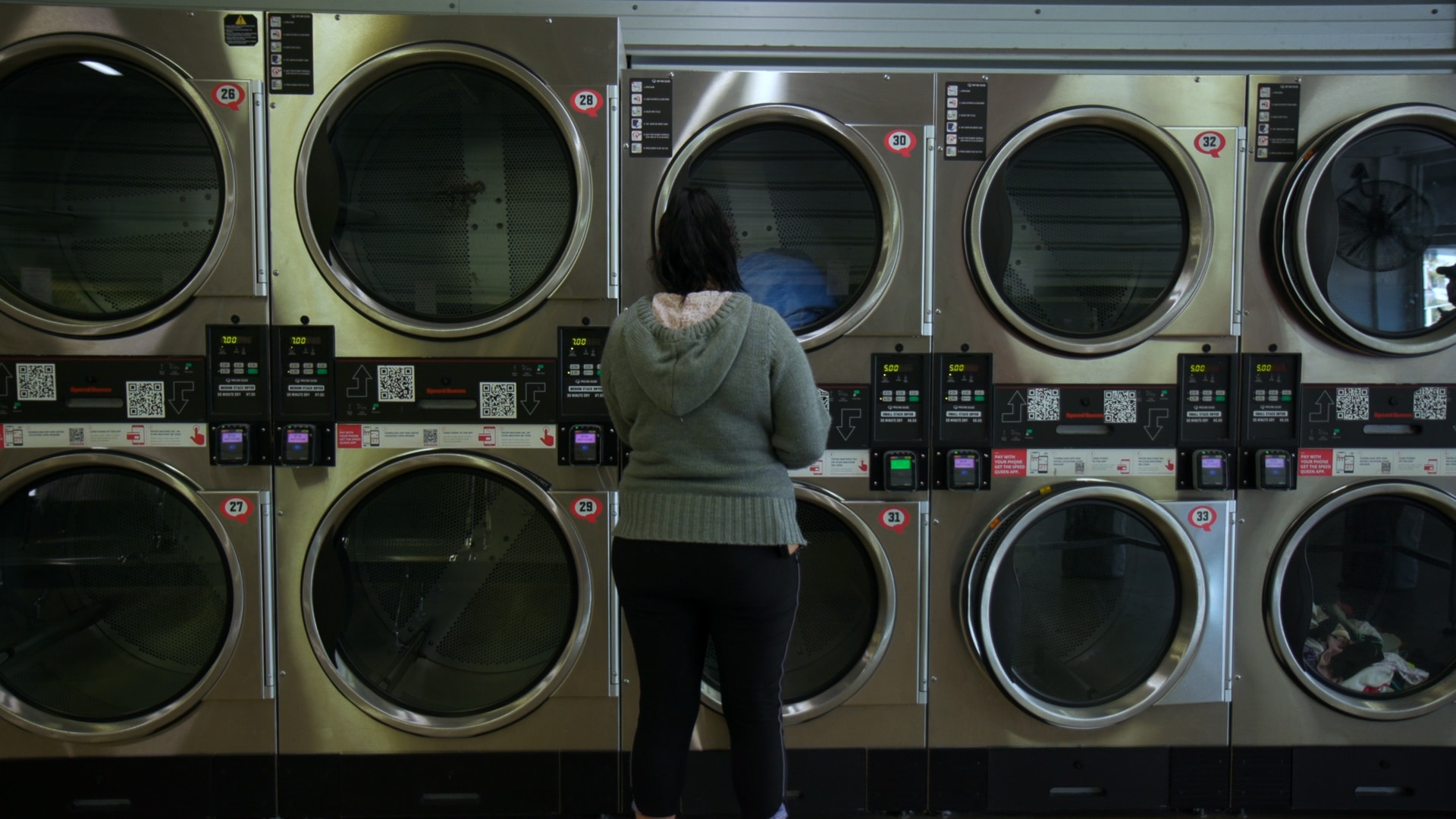 Renai Middleton spending her time at the local laundromat, something she said she never saw herself doing
The Feed
With her partner and children, Ms Middleton has been couch surfing at friend’s houses, sleeping on mattresses and living with her belongings packed away in storage containers.

“Sometimes we'd just sleep in the car and let the kids sleep in there on the mattresses,” she said.

Before that, Ms Middleton and her family had a place they called home until they couldn’t come to an agreement with the owner over the length of the lease.

Since then, getting back into the market has proven extremely challenging. “We can’t compete,” she said.

Ms Middleton is not alone as Queensland grapples with a rental crisis.

Prospective tenants are offering more than the asking price, seeing tenants in Brisbane paying the highest median house rents the city has ever seen at $450 a week, according to a Domain Rent Report. 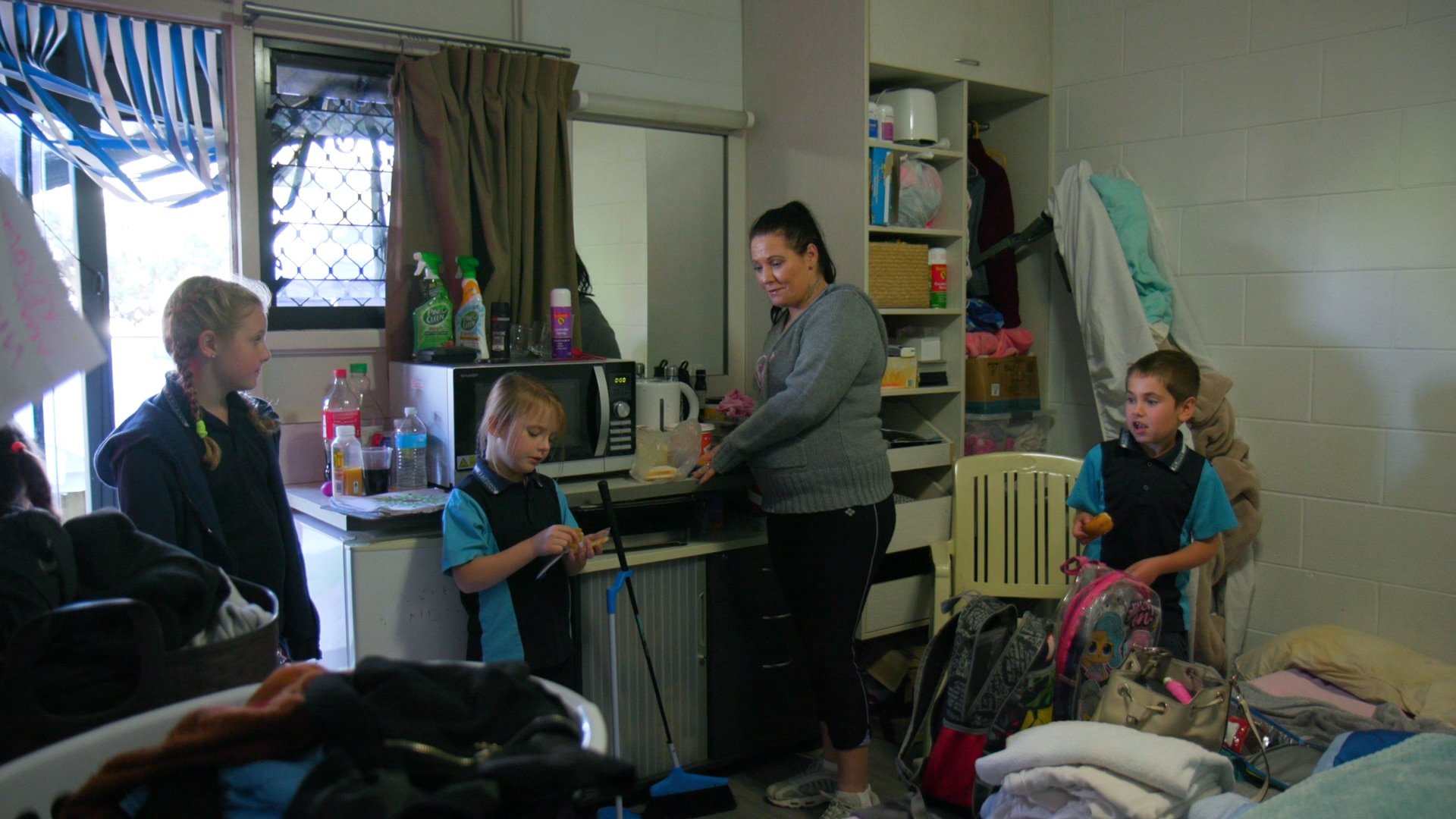 Renai continues to apply for properties as the family waits in temporary accommodation
The Feed
“It's not fair for these people that have struggled and have obtained a house to lose it because the landlord has put it up $30 a week,” Helen Youngberry told The Feed.

“The people from Sydney and Melbourne moving here are making it harder for the residents that are already in Queensland to obtain properties.

“We all know that wages are higher in Melbourne and higher in Sydney, so the affordability for these, if you want to call them migrants, has increased our rents, and now we can't afford to rent in our own state.”

Ms Youngberry founded and manages Goodna Street Life in Brisbane. The centre has several rooms that act as crisis accommodation for people in need of a place to stay, while also offering drug and alcohol rehabilitation.

“The centre is a homeless centre,” she said.

“We bring people in and they stay for a minimum of two months, and during that two months, we bring any outside services that we need with mental health and doctors and stuff like that.

“We [also] work with the patrons to find them full-time accommodation.”

The motel, which can house up to 12 people at a time, is where Ms Middleton and her family were living when The Feed interviewed them.

“We basically have the microwave, and we went and bought an electric frying pan because that’s all we can fit,” she said. 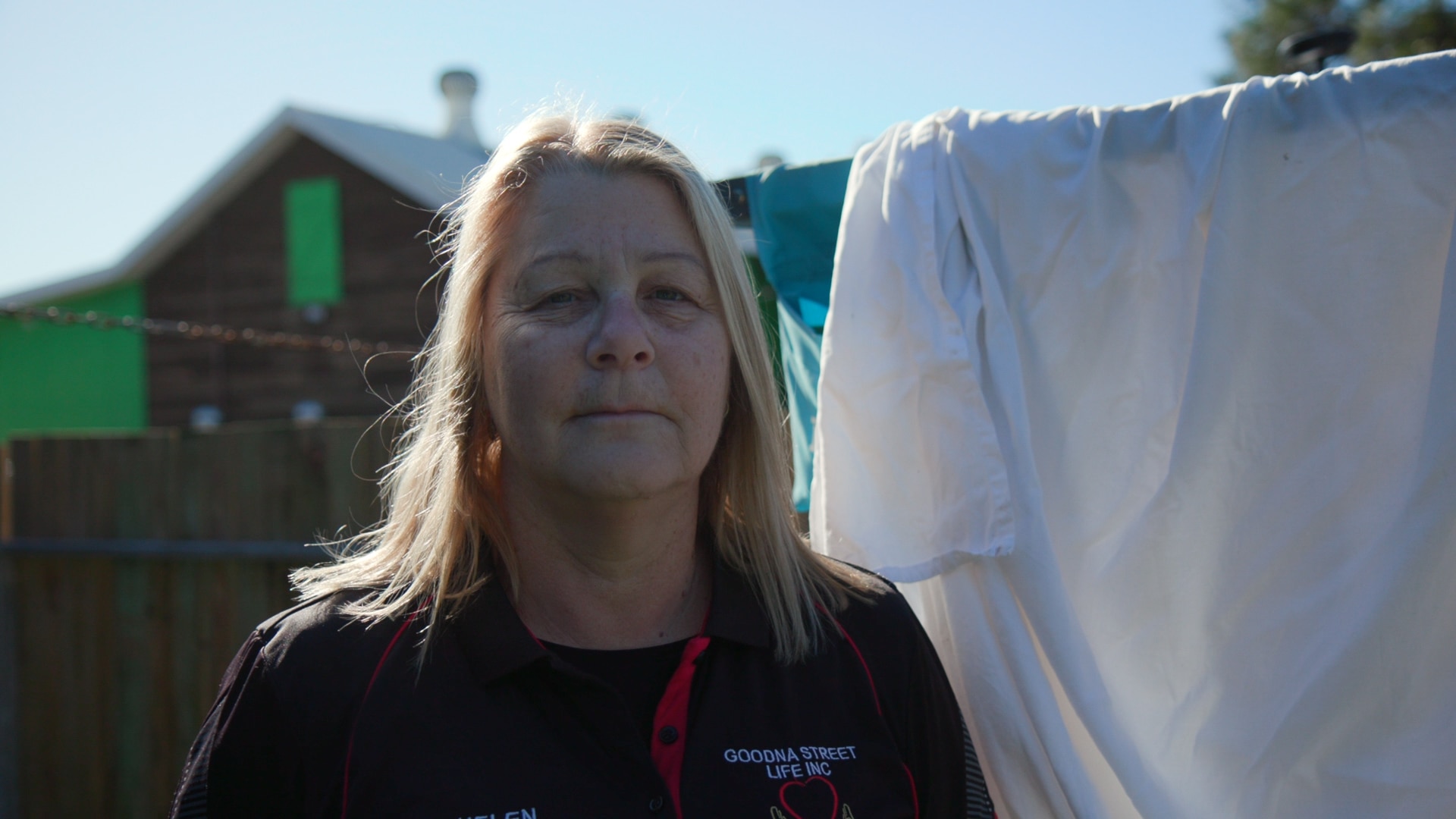 Helen Youngberry said demand for her services from locals has increased since the start of the pandemic.
The Feed
With the family living in a one-bedroom motel room with a sink and bathroom and multiple fold-away beds, Ms Middleton said she is desperately applying for homes.

“It has been scary. I feel like I let the kids down a lot,” she said.

Since this story was written, Goodna Street Life’s op shop - the only income for the charity - was destroyed in a fire on the 14th of September.

“To all our supporters, we are deeply saddened to report our Op Shop has burnt down overnight,” the group said on their Facebook page.“Thankfully no one has been hurt.”

The group is not taking clothing donations at the moment but is accepting donations to help rebuild its shop at a new location.

The cause of the fire remains under investigation.

The family is now living in a townhouse they are sublet through Goodna Street Life while they continue to search for a place of their own.

“I can’t wait to have a family home again.”