The 2023 edition of WorldPride, a large and fast-growing LGBTIQ+ event which some call the ‘gay Olympics’, is coming to Australia. 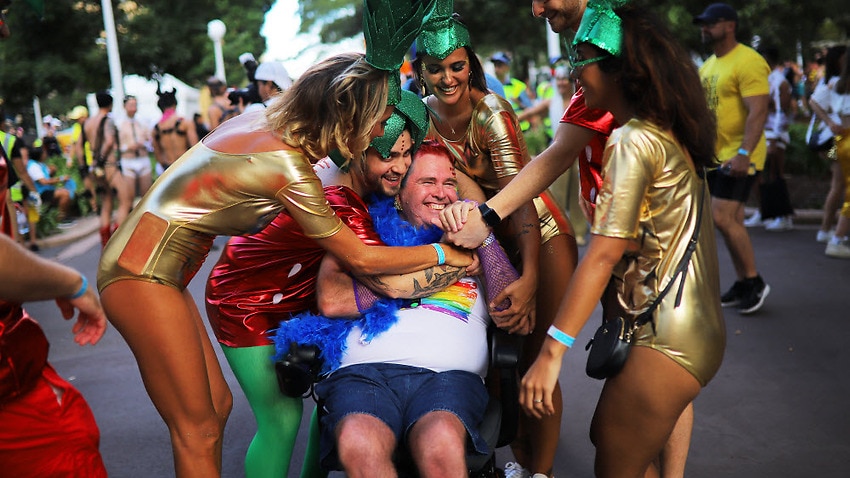 Sydney has won its bid to host the 2023 edition of WorldPride, an international LGBTIQA+ pride event dubbed by some as the “gay Olympics”.

The biennial WorldPride festival – an international promotion of LGBTIQ+ issues via parades, festivals and other cultural activities - will be held over February and March to coincide with the 2023 Sydney Gay and Lesbian Mardi Gras.

Sydney, which will become the first city in the southern hemisphere to host the event, was announced as the successful bidder at a ceremony in Athens on Sunday, beating Houston and Montreal.

Sydney won 60 per cent of votes from members of InterPride, the umbrella group for international pride events.

The Sydney Gay and Lesbian Mardi Gras was part of the bid to bring the event to the New South Wales capital and hailed the success as a “major win” for Sydney, Australia and the Asia Pacific region.

“Bringing WorldPride Down Under means we can celebrate and shine a spotlight on the unique challenges faced by the LGBTQI community in the region,” co-chair Giovanni Campolo-Arcidiaco said.

The 80-page event bid described the Asia Pacfic region as "one of the world’s most diverse".

"[It] is home to 60 per cent of the world’s population, yet too often overlooked and under-represented. The vast majority of LGBTIQ+ communities within this region are denied fundamental human rights," it read.

A quick message from Graham from First Nations Rainbow and Team Sydney as we celebrate bringing WorldPride to Gadigal land! 🖤💛❤️ #SydneyWorldPride2023 pic.twitter.com/3z7AKjJciD

Tourism Minister Simon Birmingham was one of many people in politics to welcome news of the winning bid.

"It is absolutely fitting that Australia and particularly Sydney celebrate our diversity through such a symbolic event that will also deliver a huge boost to our tourism industry," he said.

NSW Arts Minister Don Harwin said the event will “attract thousands of international visitors and put Sydney on the world map as a truly inclusive and united global city.”

Sydney Lord Mayor Clover Moore and Labor MP Tanya Plibersek, the latter of whom holds the federal seat of Sydney, both welcomed the news on social media.

And the winner is SYDNEY!

Can’t wait to welcome the world to our beautiful city. https://t.co/flq4OtHaOu

Congratulations @SydneyMardiGras on your successful bid to bring #WorldPride to Australia.

We can’t wait to invite the world to Sydney in 2023! 🌈 pic.twitter.com/tSIdLIRUsu