More protest marches have been held by Papuans in Indonesia's easternmost province over perceived ethnic discrimination.

Thousands of Papuans have staged another series of rallies in several towns of Indonesia's easternmost region, after protests that erupted last week over perceived ethnic discrimination provoked some calls for independence.

The biggest protests in years led to the torching of a market, a jail and government offices, with about 1200 police officers flown in to reinforce a region that already has a heavy military presence, due to decades of separatist conflicts.

On Monday, about 5000 people took to the streets of Deiyai, a town about 500km from the provincial capital of Jayapura, carrying four Morning Star flags, a banned symbol used by independence supporters, said protest organiser Yosep Iyai.

“Papua is not Red & White, Papua is Morning Star”

"At a local government office, the Morning Star flags were raised for 1-1/2 hours," Iyai told Reuters by telephone, adding that the protest went off peacefully.

A video posted on Twitter by human rights lawyer Veronica Koman showed thousands of Papuans, some in traditional clothes, marching through a street in Deiyai, carrying sticks, bows and arrows.

Last week's demonstrations were triggered by a racist slur against Papuan students, who were hit by tear gas in their dormitory and detained in the city of Surabaya on Indonesia's main island of Java on August 17. 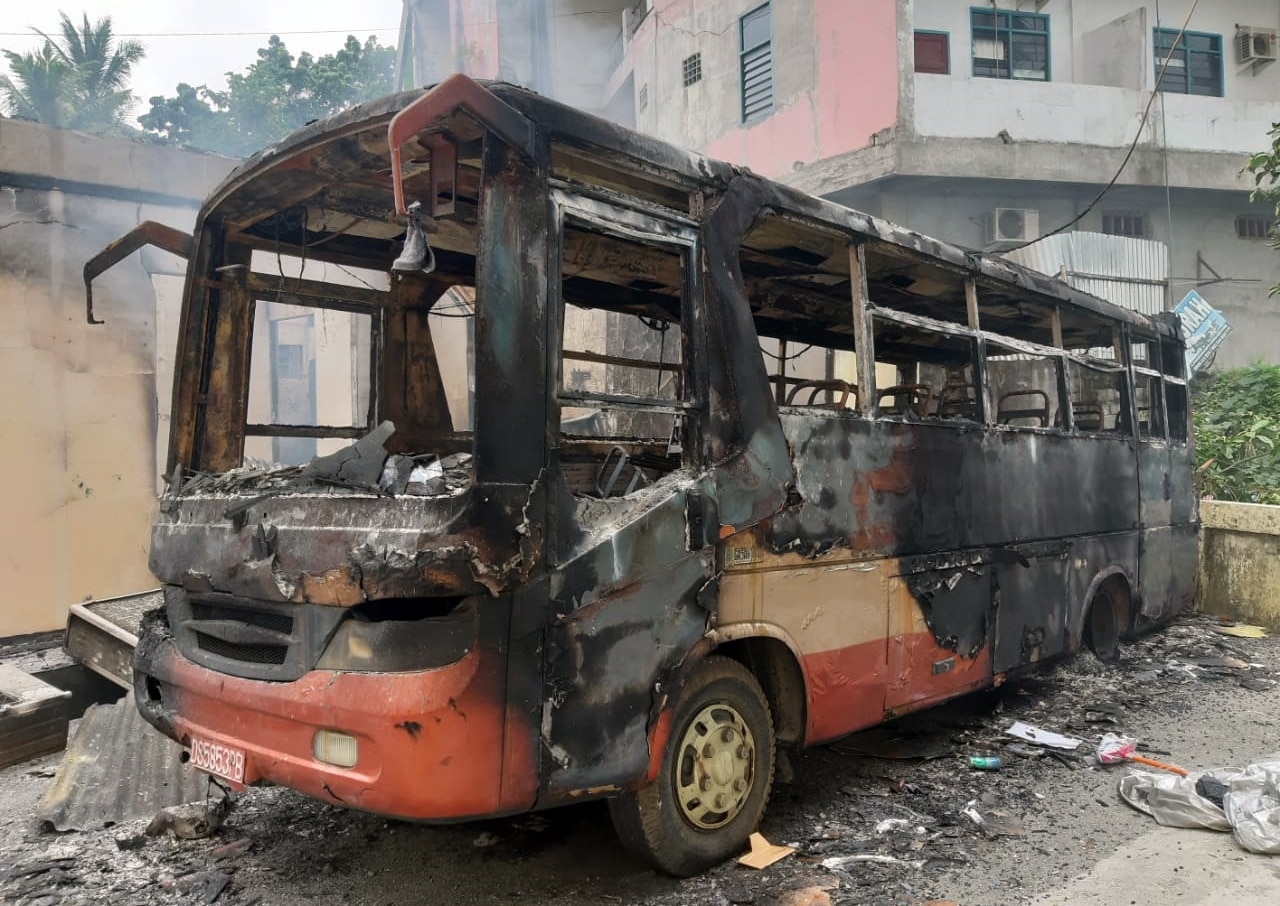 A burnt bus sits outside the parliament building during a protest earlier this month.
EPA

Authorities have suspended five soldiers being investigated over the incident, said Imam Hariyadi, a spokesman for the East Java military.

But some protest rallies grew into a broader demand for an independence vote. 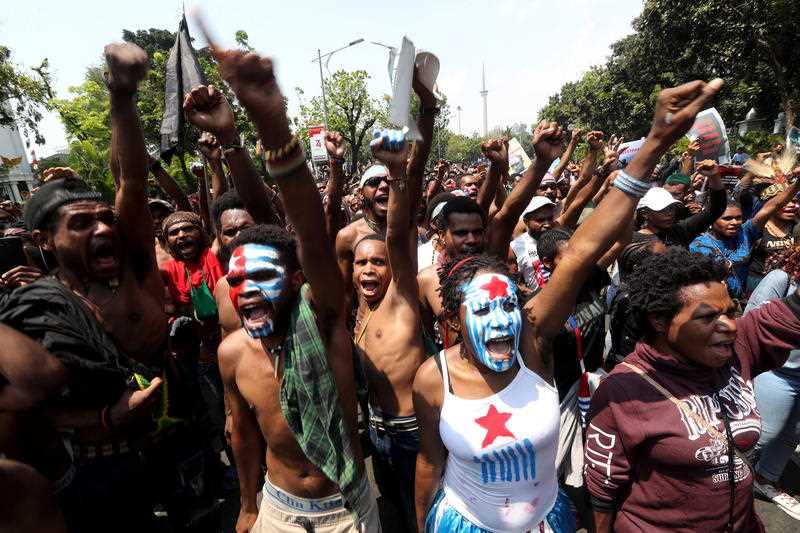 He and the governor of neighbouring West Papua are to discuss the referendum demands in a meeting with Widodo, he added. Widodo has previously said he wanted to meet Papuan leaders this week.

"The Papuans are proud and dignified people and racism isn't something that is desired in any country, including Indonesia," Enembe added.

Rallies were also held in the regions of Paniai and Dogiyai in the province, broadcaster CNN Indonesia said.

It cited an activist who estimated 30,000 Papuans participated, while Papuan news website Jubi.co.id said there were 7000 demonstrators in the town of Wamena. 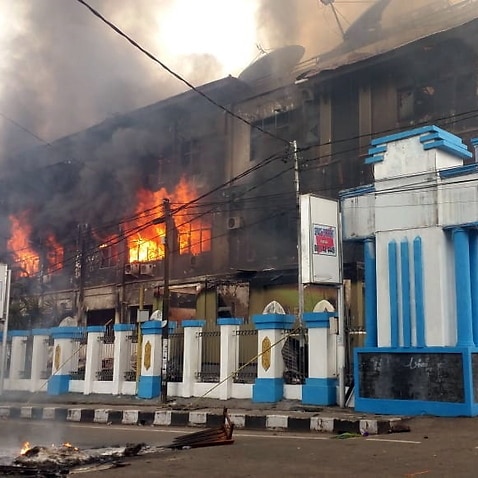 Jakarta has cut internet access in the region since Wednesday, to stop people sharing "provocative" messages that could trigger more violence, a step criticised by rights group and journalists, who said it had made reporting difficult.

Papua and West Papua provinces, the resource-rich western part of the island of New Guinea, were a Dutch colony that was incorporated into Indonesia after a widely criticised UN-backed referendum in 1969.

Foreign journalists' access to the restive region has been limited, despite an announcement by Widodo in 2015 that Papua was open to foreign media.