US President Trump has rejected Iran's rejections that it was involved in an attack on two tankers in the Gulf of Oman.

President Donald Trump on Friday doubled down in accusing Iran of executing twin tanker attacks in the Gulf of Oman, saying the incident had Iran "written all over it."

"Iran did do it," Trump said in an interview on television program Fox and Friends, after the US military released footage it said showed an Iranian patrol boat removing an "unexploded limpet mine" from one of the tankers. 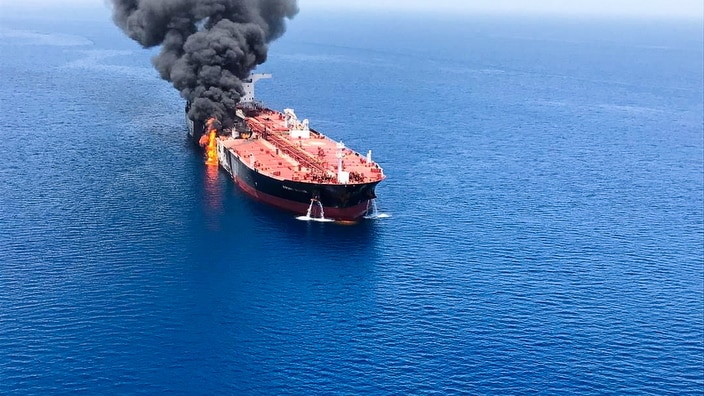 The crude oil tanker Front Altair on fire in the Gulf of Oman, 13 June 2019.
AAP

"You know they did it because you saw the boat," Trump said. "I guess one of the mines didn't explode and it's probably got essentially Iran written all over it."

"You saw the boat at night, successfully trying to take the mine off - and that was exposed."