Farmers in regional Victoria are trying to trade a rare Woolworths Lion King collectable for irrigation water, in a bid to raise awareness over the alleged mismanagement of the Murray-Darling Basin.

The first furry Simba Ooshie ever made is up for sale - but its owners would rather swap the rare collectable for water than cash.

"I'm wanting to trade it for irrigation water to use on our dying farm due to the mismanagement from our government of the Murray Darling Basin." 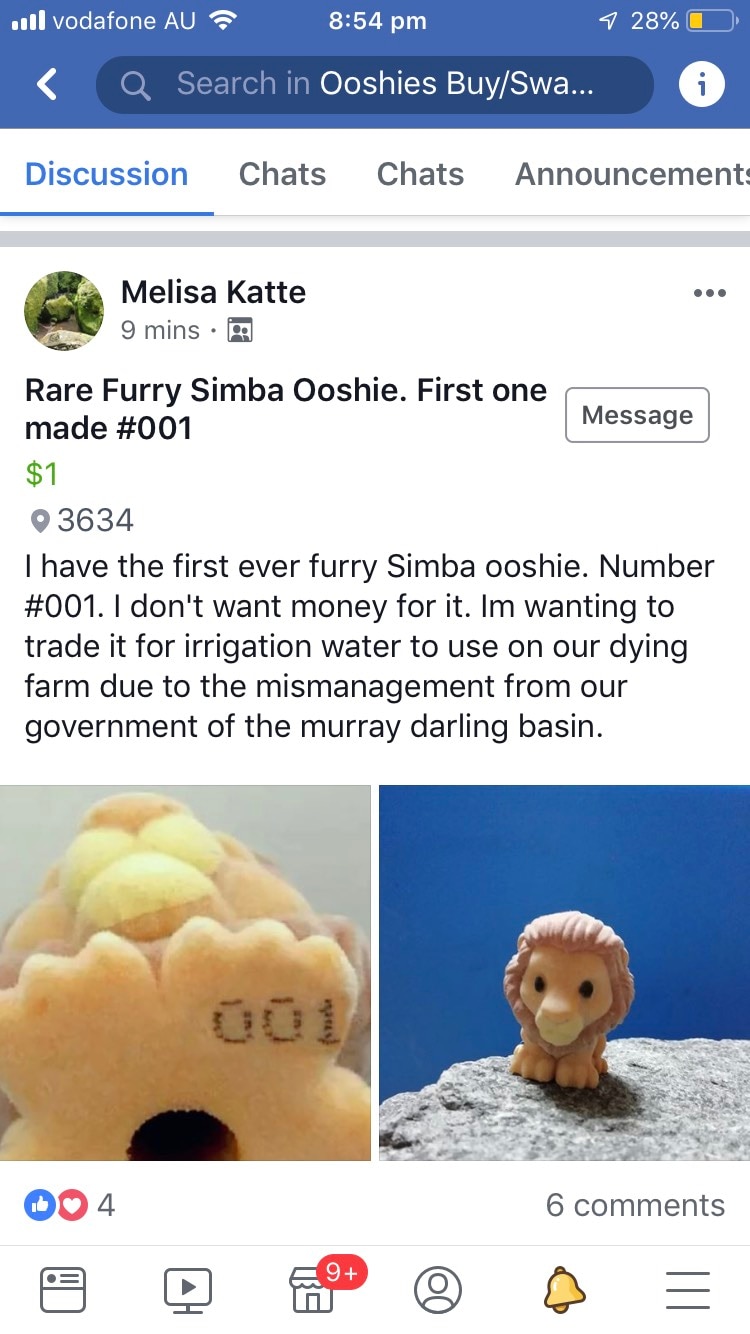 The Lion King Ooshies collectables, a promotion by supermarket giant Woolworths, have been wildly popular among shoppers since its launch in July.

The rarest of the toys is the "Simba Furry Ooshie", of which there are only 100.

Several have been auctioned on eBay for thousands of dollars in the past fortnight, including one which recently sold for $100,000 before being re-listed after the winning bidder failed to make payment.

The couple, who grow fodder for animals on a property at Katandra West near Shepparton, told SBS they hoped their ad would help re-direct Australian's attention to the drought.

"I thought, I'm going to ask for water instead (of money)...maybe then people will start talking about water and how bad the situation is and maybe then something might happen." 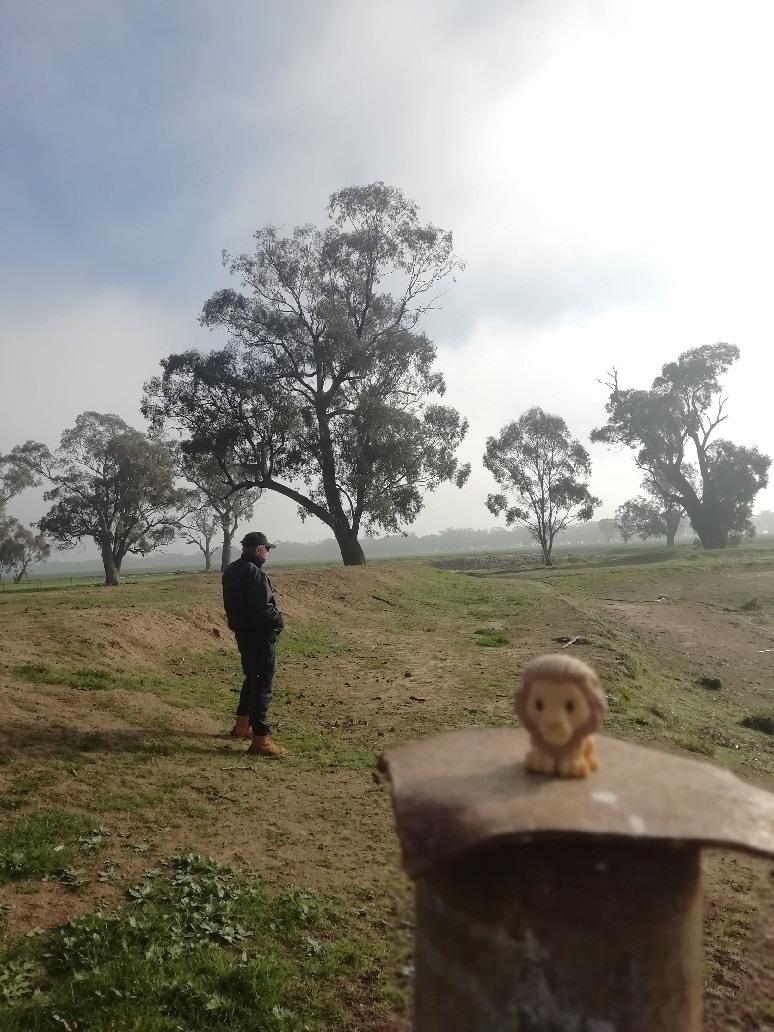 Victorian farmer Steven Black, and the Ooshie, on his Katandra West property.
Supplied

Mr Black said they were struggling to make ends meet after paying for temporary water allocations to continue production.

"Currently, the temporary water price is around $600-$650 - that figure is double what I can pay as a maximum to produce anything at a profit," he said. 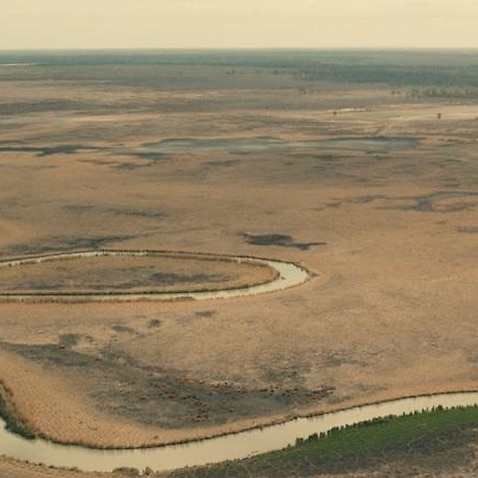 "We're worried about ourselves and how we go forward...and survive."

The controversial Murray-Darling Basin Plan was introduced in 2012 to improve the environmental health of the river system by recovering water rights from irrigation farmers. Water prices in the southern Murray-Darling Basin have reached their highest levels since the worst of the Millennium drought more than a decade ago.
AAP

To date, more than 1,700 gigalitres of water rights — about 20 per cent of annual water supply — have been recovered in the southern basin.

The reduction in supply, exacerbated by dry weather conditions, has led to increased water prices and sparked calls by farming groups for a royal commission into the water market.

"When it gets difficult for farmers and this sort of thing happens it eventually affects everybody," Mr Black said.

"We would love for the whole of Australia to pay attention before it gets to that stage."