A long, silent guard of honour formed as the hearse carrying fallen Victorian firefighter Bill Slade left after his funeral service at the State Coal Mine, Wonthaggi.

The much-loved husband and father-of-two was farewelled by loved ones and colleagues at a marquee overflowing with mourners at the park on Wednesday. 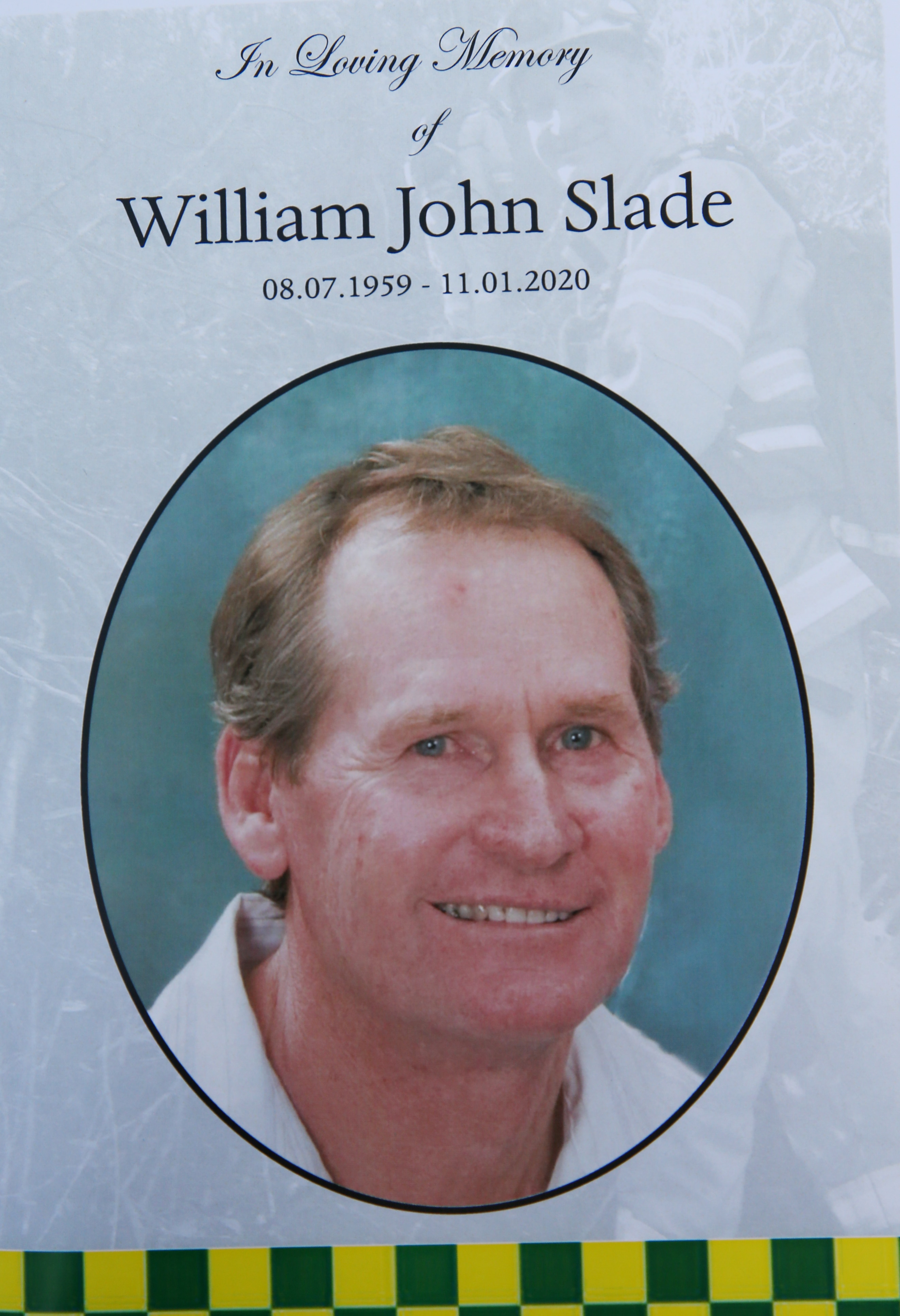 Mr Slade, 60, was working edge of a fire at Angers Rest, near Omeo, when he was struck by a tree on January 11.

He had worked on major fire incidents in the past including the 1983 Ash Wednesday bushfires.

Premier Daniel Andrews and Opposition Leader Michael O'Brien were among the mourners, while back in Melbourne staff at the State Control Centre, including Emergency Services Minister Lisa Neville and Emergency Management Commissioner Andrew Crisp, observed a minute's silence in Mr Slade's honour. 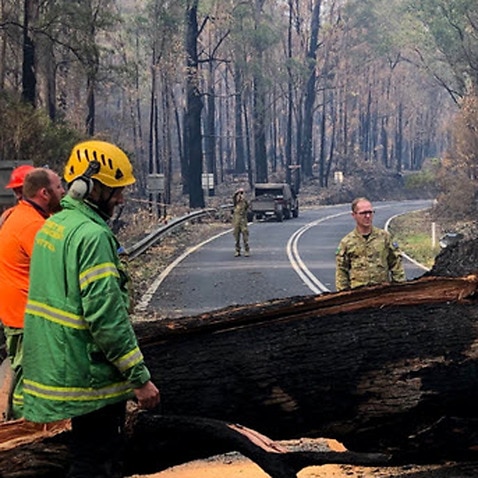 In the order of service, Mr Slade's wife Carol and his children Ethan and Steph thanked those who had provided them with love and support following the tragedy.