The US justice department said targets included the global chemical weapons watchdog, anti-doping agencies and a US nuclear company.

Western powers accused Russia on Thursday of orchestrating a string of global cyber attacks including a bungled plot to hack the world's chemical weapons watchdog in The Netherlands. The charges came as part of a coordinated pushback by allies Britain, The Netherlands, Canada and the United States against a series of hacking attempts by what London dubbed "pariah state" Russia. 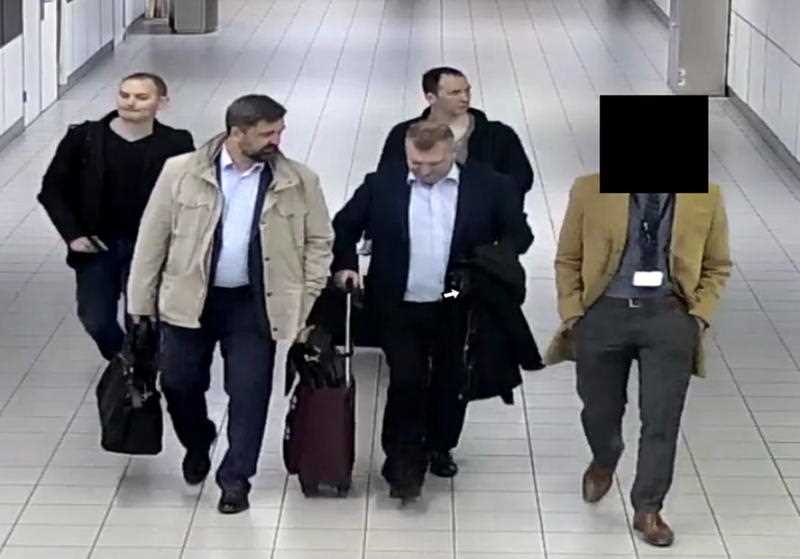 Russia scathingly accused the West of "spy mania", with the Russian foreign office describing the accusations as "propaganda directed against our country".

In scenes reminiscent of a Cold War spy novel, Dutch security services said they had expelled four Russian GRU agents in April after they attempted a cyber-attack on the Organisation for the Prohibition of Chemical Weapons, from a car parked in a nearby hotel.

The OPCW was at the time probing the nerve agent poisoning of Russian ex-spy Sergei Skripal in Britain and an alleged chemical attack on the Syrian town of Douma by the Moscow-backed regime in Damascus.

The Dutch and British prime ministers Mark Rutte and Theresa May in a joint statement accused the GRU of "disregard for global values" and lashed out at the Russian agency's "unacceptable cyber activities".

The Russians were tracked by Dutch and British secret services from their arrival in Amsterdam on diplomatic passports in April, and then seen hiring a Citroen car which they parked outside the Marriott hotel next to the OPCW. When Dutch agents swooped on April 13 they found electronic equipment in the boot of the car to intercept the OPCW's wifi and login codes, including an antenna hidden in the back of the car, facing the chemical weapons watchdog.

Marriott manager Vincent Pahlplatz told AFP there was "no James Bond involved" and that the Russians had been arrested without the use of force as they emerged from a lift into the hotel lobby.

Investigations found the Russians had originally taken a taxi from GRU barracks in Moscow to the airport, for which Dutch agents later found a receipt from their hotel. Some of their mobile phones were also activated in Moscow near the agency's headquarters.

"They were clearly not here on holiday," said the head of the Dutch MIVD intelligence service, Major-General Onno Eichelsheim. A laptop infected with ransomware during a worldwide cyberattack in the Netherlands.
AAP

A laptop belonging to one of the four was linked to Brazil, Switzerland and Malaysia - while the activities in Malaysia were related to the investigation into the 2014 shooting down of flight MH17 over Ukraine.

It also revealed that the agents had also made searches for the OPCW-affiliated Spiez laboratory in Switzerland - which the Swiss last month said had been targeted by Russia.

Dutch authorities released the Russian diplomatic passports of the four men identifying them as Oleg Sotnikov, Alexei Morenets, Alexei Minin and Yevgeny Serebryakov. They also showed photos of the men outside the hotel.

Rutte said they had taken the "unusual and powerful" step of releasing details of an intelligence sting in order to bring Russia to account.

"I do not think that Moscow has a nice day, because it is impossible for them to deny what has come out," the Dutch PM told broadcaster NOS.

The OPCW confirmed it had suffered "increased cyber-related activities" since the beginning of the year and had "undertaken measures to mitigate them".

The four Russians allegedly involved in the OPCW attack were included in the list of seven men indicted by the US Justice Department.

Demers said the operations dating back to 2014 "involved sophisticated, persistent and unauthorised access into the victims' computer networks."

The case also overlaps with US Special Counsel Robert Mueller's probe into Russian election meddling, with two of the men targeted on Thursday having featured in an earlier indictment on interference in the US polls. Russia blamed after cyber attacks hit up to 400 Australian businesses

US intelligence says the GRU conducted the 2016 Democratic party hack in an effort to help Donald Trump win the presidency.

Canada confirmed Thursday it believes itself to have been targeted by Russian cyber attacks, citing breaches at its centre for ethics in sports and at the Montreal-based WADA.

Britain and Australia had just hours earlier pointed the blame directly at alleged GRU front operations such as Fancy Bear and APT 28 for the same string of worldwide attacks.

Russia's foreign ministry spokeswoman Maria Zakharova said that the allegations had been mixed together "indiscriminately".

"That's a hell of a mix for a perfume," she told reporters.

London has accused two of GRU's officers of poisoning former double-agent Skripal and his daughter Yulia in Salisbury in March, using a perfume bottle containing the powerful nerve agent Novichok.