Former Western Sydney defender Scott Jamieson has described the A-League as "easy" compared to the "cut-throat" nature of the Swedish top tier where he where hopes to produce his best form for IFK Goteborg. 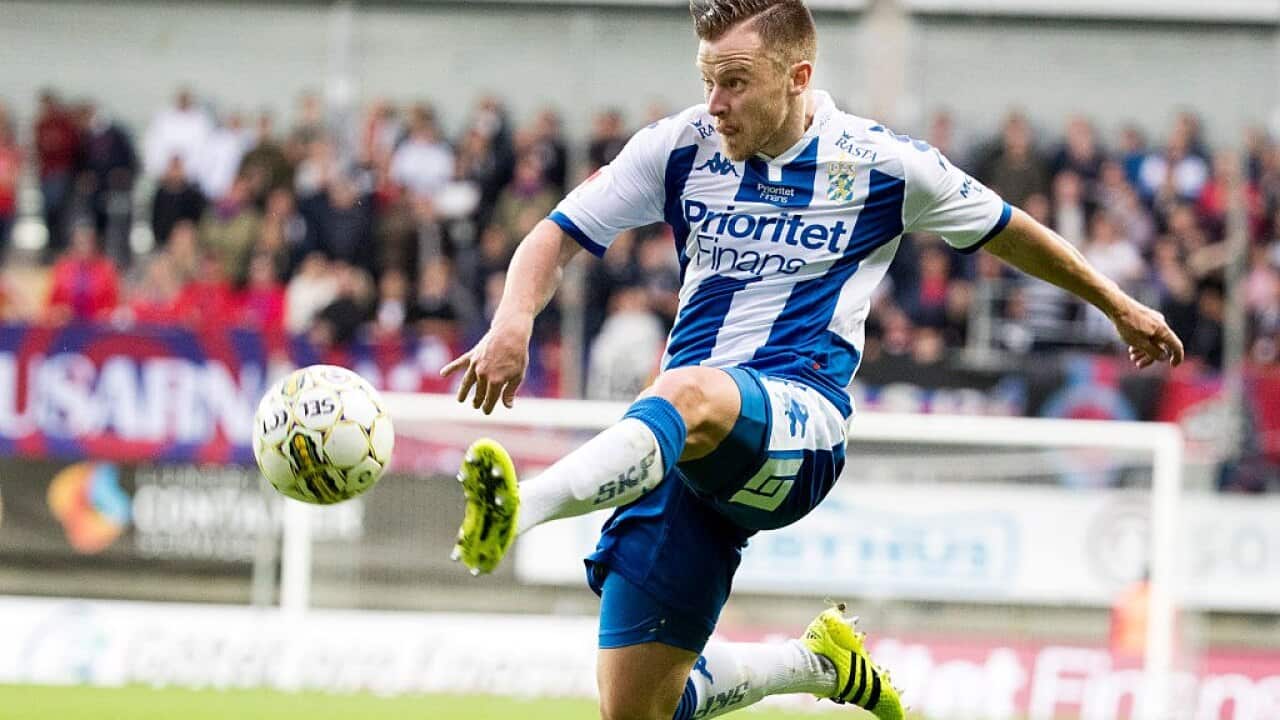 Jamieson left Western Sydney to join Goteborg in August and is currently preparing for his first full season with the club which kicks off next month.

The 28-year-old, who has also had stints with Sydney FC, Adelaide and Perth, says the mere fact bad results can result in relegation creates a dog-eat-dog atmosphere in European leagues that the A-League doesn't have.

Advertisement
“I look at last year when I was in the A-League, Central Coast were trying to play the best football in the league but they were coming last and they were getting beat by two, three goals a game.

“And that’s just not going to happen over here, because of the attitude of what can happen when you get relegated.

"It's definitely a more results-driven business here because of promotion and relegation, you might not find the lower half teams trying to play good football and just trying to grind those results out.

“Where as in Australia it’s the kind of easy-mantra of 'we’re not getting relegated or anything like that, so let's try and blood kids and develop things'."

The defender was pleased with how he went last year but believes he can improve.

“I was happy, it was difficult in a sense because I didn’t have a proper pre-season,” Jamieson said.

“It was all about just trying to adapt to the situation I was placed in and in a way kind of know my limitations, I didn’t feel as fit as I could have. It was all about me trying to put in a solid base in trying to be consistent and dependable.

“I had a solid end to the season and it was something for me to build on for this year.”

Goteborg eventually finished fourth on the league table, missing out on place in the  Europea League.

Jamieson hopes the disappointment will spur his side on to bigger and better this this campaign.

“Not getting through to the main stage of the Europa League and a few inconsistent results in the league, that was disappointing," he admits.

“For the size of this club we’ll be thinking of being in the top two at least, so it’s something that hopefully we can rectify this year.”

Goteborg posted a 3-2 win over Ljungskile in a Cup competition over the weekend and will kick off their Allsvenskan season on April 1 against league champions Malmo.

“We’ve got Malmo at home,” the left back said.

“It’s going to be a big game, a big event. It’ll be a good way to start the season.”