Getting to the game shortly, most important from Sunday afternoon's A-League Grand Final was the sensational occasion. 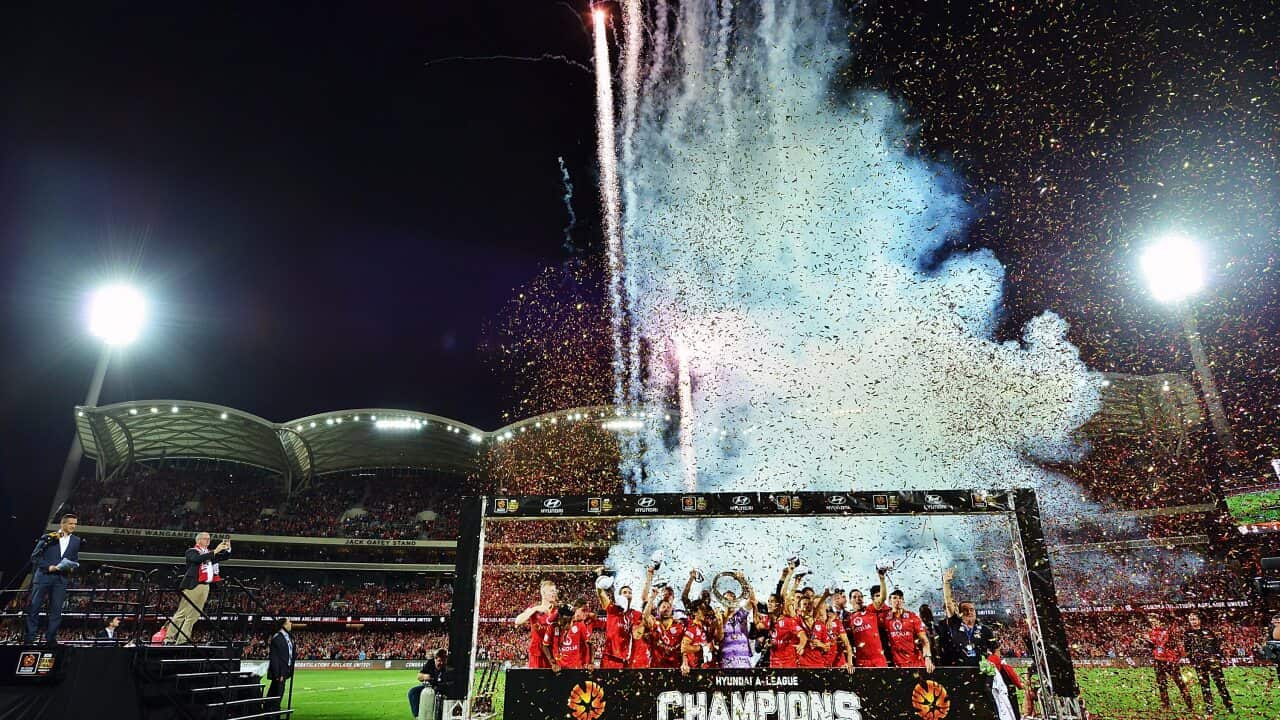 Advertisement
A crowd of 50,119 packed into Adelaide Oval, screaming and chanting from an hour before the game until well after, an atmosphere as good as you’ll find in any corner of the world and a thrilling contest to enjoy.

Well done to both sets of fans. Wanderers fans endured the disgusting price gouging by the airlines, paying in many cases over a thousand dollars each way to support their team, and did so in great numbers.

Adelaide fans also excelled. It was beautiful to see them chanting and singing and continuing right throughout, evidence of the strength of football culture in a very proud football city.

Speaking with Adelaide City and West Adelaide Hellas fans over the weekend was a great pleasure and to be reminded of great names like Ivanovic, Mori, Mullen and Melta, or Aloisi, Lazaridis and Ndonga-Keller. The football history of the South Australian capital is very rich indeed, and all of that passion came out over the 90 minutes.

Another Grand Final winner, a new story for the game and football strengthened in a prominent market.

The sea of red right throughout the day was beautiful to see.

To the game, the Wanderers had clearly played their finale a week earlier. It is easy to underestimate the amount of energy reserves spent against Brisbane Roar and, watching the game, no doubt Guillermo Amor would have been delighted that the game was so demanding and draining.

Adelaide, though, used it to their maximum advantage and played superbly right from the first whistle.

Isiais was masterful, as usual. The Wanderers found closing him down next to impossible and he had already dictated the game well before that magnificent exclamation mark of a free kick. Unstoppable.


Adelaide’s work without the ball has been exemplary and will doubtless be copied by many teams next year. Their ability to get numbers of players around the ball quickly to recover possession and suffocate the opponent was a defining feature of their success and I believe will be the key tactical learning from this season to take into next.

Amor demonstrated one aspect of the foundational Barcelona system of play, that winning starts by stopping the other team playing even before one begins with the ball.

It is actually a credit to the Wanderers that they fought back and had numerous opportunities to get back into the game, however they never quite possessed the same energy and drive as the week before. I rate their comeback in against the Reds as highly as the week before, because it happened in a Grand Final, which is difficult, away from home, which is more so and with half the energy of the semi final.

It showed the heart that is in the Wanderers group.

Adelaide have been too good for most of the season, however, and thoroughly deserve their titles for one of the greatest comebacks in the history of our game, and for the football they play.

Carrusca, Isiais and Kamau made the key difference. Two wonderful imports from Argentina and Barcelona respectively and a wonderful talent and future Australia international, coached by a former Barcelona legend.

How the Australian game has changed since season one of the A-League.

Congratulations to all players and clubs for contributing to what was in many ways the finest A-League season yet, and to FFA for a marvellous spectacle.

It was a memorable occasion on the road to football nirvana.