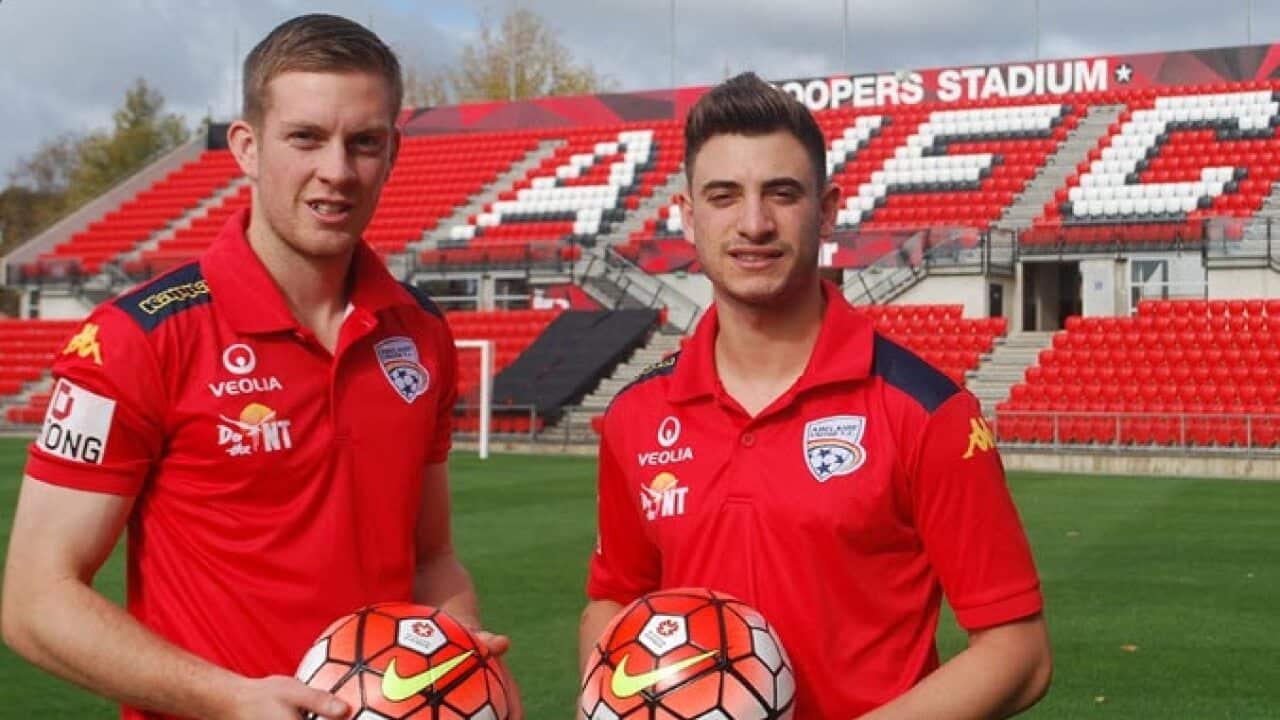 Ryan Kitto and Marc Marino back on home soil after time away plying their trade Source: Twitter

Kitto, signed a one-year deal with a one-year option to return to the Reds, after scoring two goals in 18 games for the Newcastle Jets in the 2015-2016 season.

Advertisement
“I’ve signed for Adelaide United because it’s a successful team and it’s my hometown club – the team I’ve been supporting in the A-League since it started," Kitto, 21, said.

“I feel there’s no better place for me to develop as a player and I’m excited for what lies ahead.

"Hopefully I can carry that on through the new season but I’ll need to work hard because I know there’s a lot for me to improve upon and I’ll need to take my opportunities when they come.”

“I had a bit of a tough couple of years at Melbourne City with my injuries but coming back home and coming back to United to get back to playing good football is why I’m so happy to have signed.

“I’m hoping for another successful year with the team and on a personal level I’d love to keep improving and see where I can take my game playing for Adelaide.

Adelaide’s General Manager of Football Operations Ante Kovacevic, said the club was delighted to have secured the services of the local duo.

“We are very happy that we’ve been able to sign Ryan and Marc to the club and believe they will continue to develop their football in our environment,” Kovacevic said.

“Both players showed their quality at their respective clubs last season and we’re adamant they’ll make significant additions to our squad."