Australian export Terry Antonis admitted he is on a “massive learning curve” with Greek giants PAOK, as he bids to take his game to a higher plain in Europe. 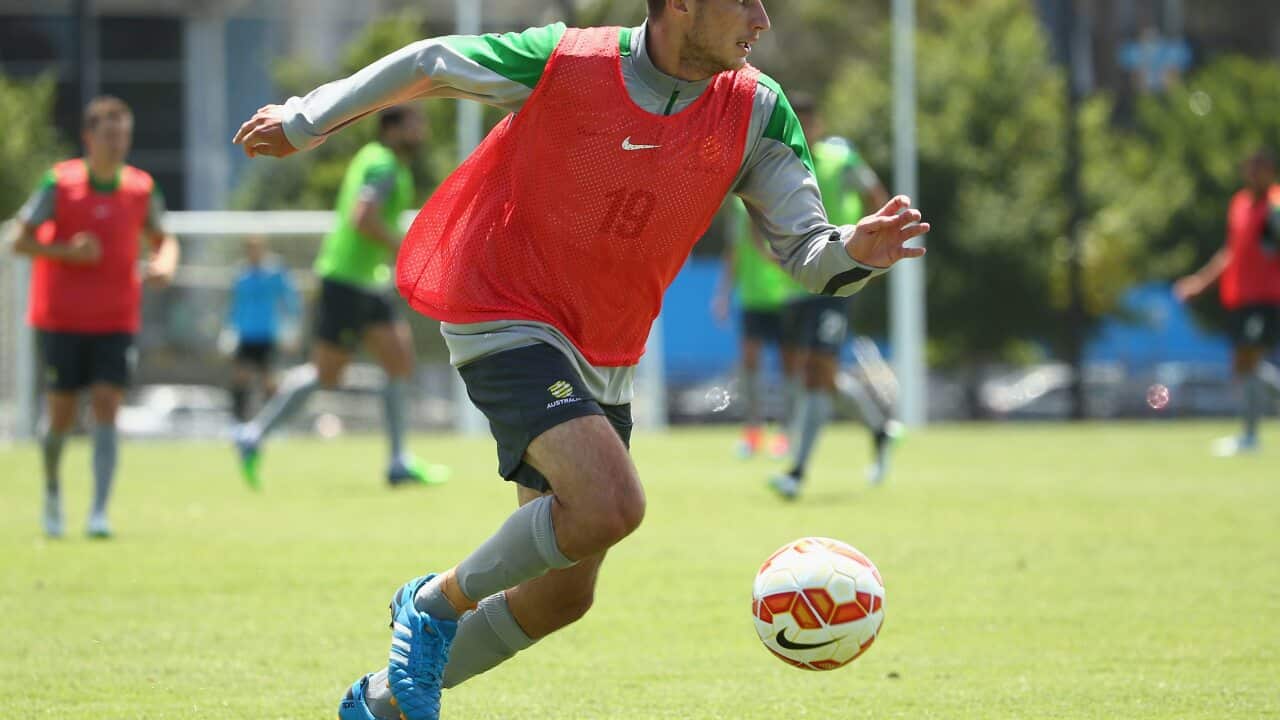 The former Sydney FC midfielder, 22, has been hampered by injuries since signing for the high-flying Superleague club in August, but he is back to full fitness and starting to make his presence felt in a squad bristling with internationals.

Though he is yet to make his league debut in a team which includes talents like Bulgaria star Dimitar Berbatov and Portuguese defender Ricardo Miguel Costa, Antonis has played in cup ties against Chania and Olympiakos and was on the bench in the Europa League against Borussia Dortmund.

Antonis signed a three-year contract after switching from the Sky Blues for $500,000, and has time on his side to deliver on the faith shown in him by PAOK's football director Frank Arnesen and Croatian coach Igor Tudor.

“It’s very different to back in Australia, it’s a different type of football and for me coming here is a massive learning curve," Antonis said.

“PAOK are a huge team in Greece, they are among the top two or three teams in the country and the players here are quality.

“When I came I had a little issue with my left quad, but I have been training really hard and have played a couple of games now, so things are starting to move in the right direction.

“It's difficult coming overseas to a club like this and you can’t expect to just arrive and walk straight into the team.

“It’s a battle, but you have to keep on trying to get to where you want to be. Just about every player in the team is an international, so it’s very different to back home, but Australia is tough as well.”

Antonis is receiving positive feedback from the coaching staff, with the club giving him the chance to build on the promise he showed in his five seasons with the Sky Blues.

“I see this as a long-term thing. For me it’s a long process and being here is all about adding some final touches to my game," he said.

“I am doing all I can do get better and it's making me more hungry to succeed. I am looking after myself better than ever and working on the physical sides to my game.

“People say a lot of things about playing overseas, but when you come over and do it that’s when you see how hard it is ... speaking different languages, coming to a new city, a new team. It’s difficult but you get used to it.

“My Greek is getting better and having Kerem Bulut here (his long time friend and former Western Sydney Wanderers striker) is great. We catch up and enjoy time together when we can.”

Bulut plays for crosstown rival Iraklis, who traditionally play second fiddle to PAOK in the coastal city of Thessaloniki.

Antonis will provide a pivotal presence for the Olyroos in Qatar this month in the final round of qualifying for Rio 2016.

Aurelio Vidmar’s squad tune up for the tournament, which kicks off on 14 January, in Dubai over the next week.

“It would be amazing to get to the Olympics," Antonis said.

“We have a good squad and we will give everything to get there. The pressure is on us for sure, but we are confident we’ll be good enough to qualify. It would be like getting to the World Cup.”

The Olyroos' opening Group D game is against the United Arab Emirates followed by Vietnam (17 January) and Jordan (20 January) with the top two teams progressing to the quarter finals.

The highest placed three teams at the tournament will be on the plane to Brazil.