It didn't work out for Andrew Hoole at Sydney FC because Sky Blues coach Graham Arnold wanted the young gun to be "the finished product", says Newcastle mentor Mark Jones. 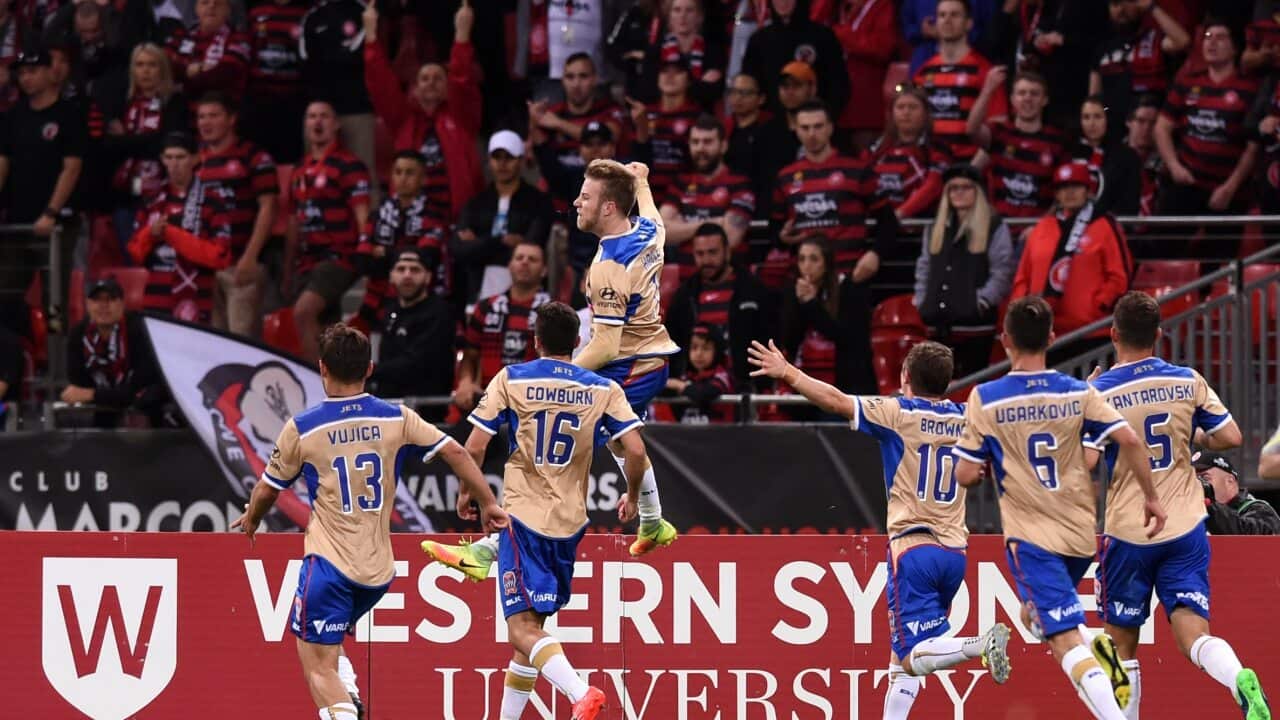 Why Hoole failed to fire at Sydney last season remains a mystery.

He had switched from the Jets to the Sky Blues in a whirl of publicity as a 21-year-old at the end of the 2014-15 A-League season, but ended up being released by mutual consent after one year of his two-year contract and returning to Newcastle.

Asked for his take on why things didn't work out for Hoole, Jones told The World Game: "I just thought he wasn't quite ready for that [move].

"I'm confident I can help make him a better footballer and fulfil his potential and once he fulfils his potential I think he'll be a magnificent asset for us and a future Socceroo."

Arnold has earned a tremendous reputation in football for his development and encouragement of young players.

Several players he introduced to the A-League while coaching Central Coast Mariners - Maty Ryan, Trent Sainsbury and Tom Rogic - are now mainstays of the national team and playing in overseas leagues.

Neither Hoole nor the Sydney club has provided any insight into why their partnership failed, so it is in effect still unclear.

Hoole beat Western Sydney Wanderers goalkeeper Andrew Redmayne with a curling free kick that completed the Jets' comeback from 2-0 down to draw 2-2 at Spotless Stadium on Sunday.

Jones said he was trying to impress upon Hoole, who turned 23 the day before the game, the importance of staying focused for an entire match and not dwelling on mistakes.

"He'll get there," Jones said. "It's just about trying to make sure he keeps his composure in games and hangs in there and waits out the full 90 minutes and gets something from it."

Hoole has played in several positions, either in midfield or on the wing. Jones said it wasn't a priority for him to nail down one position at this stage.

"Ultimately, I think he can play central and be dangerous," Jones said.

"We're working on making him technically better and once we make him more polished I think he'll be a handful for every team."