Feyenoord's Australian goalkeeper Brad Jones has added to his case for a Socceroos recall with a flawless performance in his side's 1-0 win against Heracles. 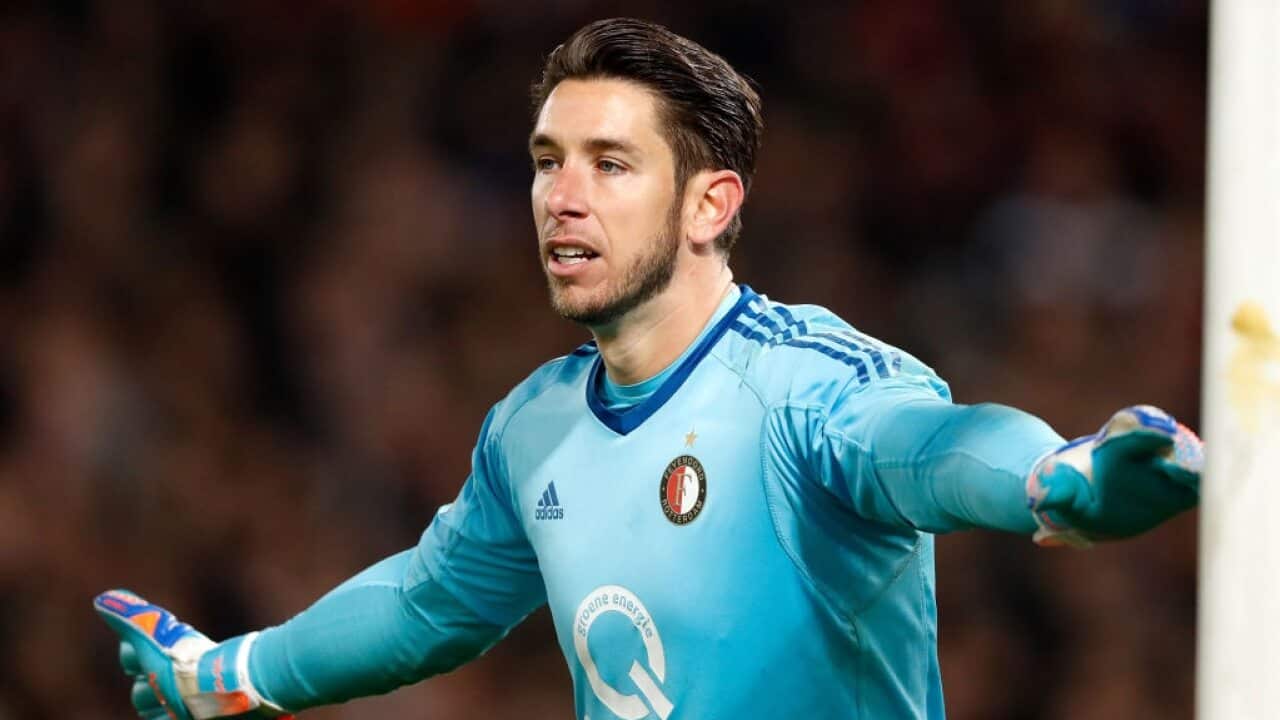 Jones maintained a clean sheet in the win, his 11th in all competitions this season, as Robin van Persie clinched victory for the reigning Dutch champions with a 59th minute strike.

The 35-year-old made a number of clutch saves to help Feyenoord secure victory and move into fourth spot on the Eredivisie ladder.

Jones' form this season has put the pressure on Socceroos boss Bert van Marwijk to give the veteran shot stopper his first national team cap since 2014 when the squad is selected for World Cup warm up matches against Columbia and Norway in March.

Advertisement
It was a different story in the Championship with Bailey Wright's Bristol City side suffering a second half collapse in their 2-2 draw with Leeds.

Socceroos defender Wright, Bristol City's skipper, played 90 minutes in the match with his side spurning a 2-0 half time lead to a fast finishing Leeds outfit.


The result has hurt Bristol City's chances of Premier League promotion with the side now sitting just inside the playoff spots in sixth position.

Tom Rogic made his long awaited return for Celtic in their 0-0 draw with Kilmarnock in the Scottish Premier League.

Rogic played 61 minutes for the league leaders before being replaced by James Forrest.

It was the mercuruial midfielder's first match in 10 weeks after he suffering a knee injury in Celtic's loss to Anderlect in the Champions League on Decemeber six last year.

In Turkey, Aziz Behich was back in action for club side Bursaspor playing 90 minutes in a scoreless draw against Yeni Malatyaspor.

It was Behich's 20th appearance for Super Lig club this season with his solid club form surely helping his chances for Socceroos selection ahead of the World Cup.

Another playing hoping to catch the attention of van Marwijk is Sparta Rotterdam midfielder Kenneth Dougall who played the full match in his side's 1-1 draw with Twente in the Eredivisie.

The Socceroos striker provided an assist in the 28th minute for Christian Schneuwly.

Bradden Inman was a 89th minute substitute for Rochdale in their incredible 2-2 draw against Tottenham in the FA Cup.

Inman's side will now head to Wembley for the replay on February 26.