Socceroos Winger Robbie Kruse has hit the ground running on his return to Bundesliga 2. side VFL Bochum, creating both goals in their 2-0 win against thrid placed SV Sandhausen. 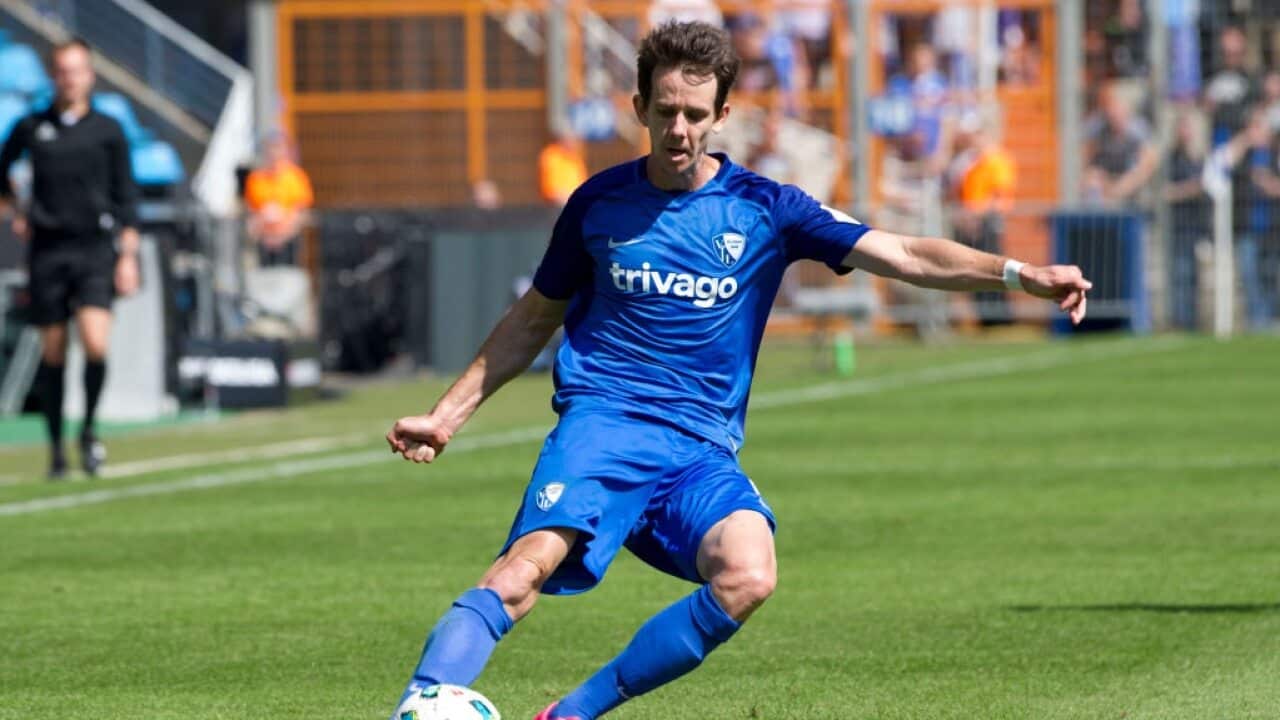 The 28-year-old was in fine fettle for Bochum playing 90 minutes and providing crucial assists in either half to ensure victory for Jens Rasiejewski's side.

The win moved Bochum to 11th on the table after 10 matches.

Socceroos teammate Mathew Leckie came off the bench for Hertha Berlin as they went down 2-0 at home to Schalke in the Bundesliga.

Advertisement
It was a quiet outing for Leckie who came on in the 46th minute and couldn't help his side find a breakthrough against a disciplined Schalke outfit.

Nikita Rukavytsa, bouyed by his succesful return to the Socceroos set-up, scored for Israeli side Maccabi Haifa as his team fought back from two goals down to secure a 2-2 draw with Maccabi Petah Tikva.

There was little joy for the Australian contingent in England's second tier on a day that saw Wolves go top of the Championship with a 2-0 win over injured Mile Jedinak's Aston Villa.

Massimo Luongo played a full 90 minutes for QPR, who may have expected more from a trip to hapless Sunderland but were held to a 1-1 draw at the Stadium of Light.

The hosts - without a win at home since December 2016 - needed a second-half equaliser from Aiden McGeady to earn a point after Idrissa Sylla's 37th-minute opener.

There was no room for Jackson Irvine in a Hull City side which also drew 1-1 at Norwich, while James Meredith's Millwall missed a late penalty in their 1-0 London derby loss to Brentford.

Meredith played almost an hour before being substituted.

In the Netherlands Mark Birrighitti returned to club duty after a late call-up to the Socceroos squad which beat Syria at ANZ Stadium on Tuesday.

Birrighitti conceded a goal in the 91st minute as his NAC Breda suffered a dramatic 1-0 loss to Roda JC.

It was forgettable day for Sparta Rotterdam's Aussie players Craig Goodwin and Kenneth Dougall as they were on the end of a 4-0 defeat at the hands of Ajax.

In The Czech Republic, former Gold Coast United and Western Sydney Wanderers striker Gol Gol Mebrahtu found himself on the score sheet with a 17th minute strike in his side Mlada Boleslav's 2-2 draw with Teplice.

In Korea, Connor Chapman scored an own goal as his side Incheon United was thrashed 5-0 by Pohang Steelers while in Japan Mitch Duke played 90 minutes for Shimzu S-Pulse