Football fans can expect an open, free-flowing match at Allianz Stadium on Tuesday when Australia and Jordan play for a spot in the final phase of qualifying for the 2018 FIFA World Cup. 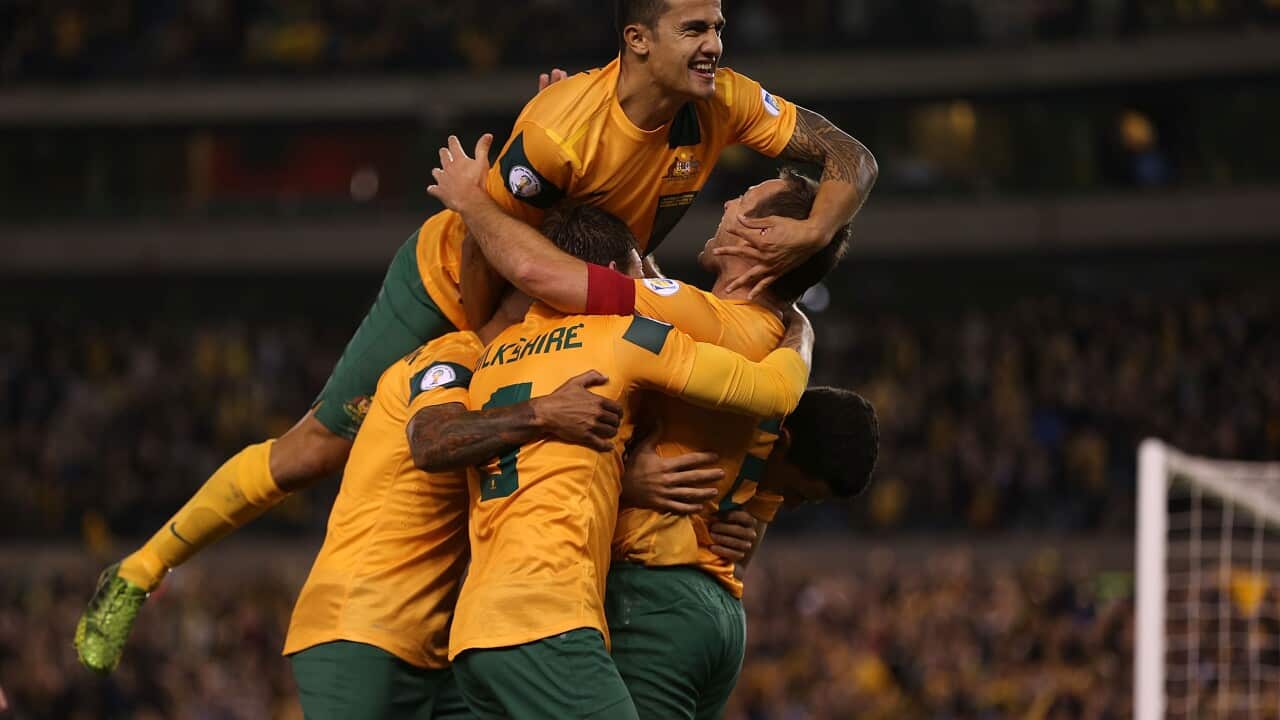 Judging by the comments from respective coaches Ange Postecoglou and Harry Redknapp, the game could provide a enthralling finish to the group.

Advertisement
The two teams come into the match after going on a goalscoring rampage at the weekend.

Australia lead Group B by two points and need only a draw to take out top spot while Jordan must win to be sure of a spot in the next phase.

Jordan sprang a surprise in an earlier group game in Amman when they beat Australia 2-0 by employing cautious tactics and relying on quick counter-attacks.

Postecoglou knows exactly what went wrong in that match.

He insisted that he will advise his players to maintain the rage and hit the Jordanians with all they've got in a bid to secure victory.

"We have got stronger in this qualification process and we intend to finish off the group strongly and continue to improve our football," Postecoglou said.

"If we play the way we can and dominate teams we can trouble any defence.

"The Jordan defeat was six months ago. We did not really stick to our structures that night so there were a few things we needed to address moving forward but tomorrow will be more a continuation of what's been happening in the last couple of games.

"If we have a scrappy performances tomorrow night and we win and top the group, that's not going to make me happy."

Redknapp, who is Jordan's caretaker coach, said he would love to continue working with the team in a bid to take them to the World Cup in Russia.

He said Jordan would go for it at Allianz and refuted suggestions that his team would employ the same prudent tactics that brought them such success in Amman.

"We are underdogs but also underdogs with a fighting chance," Redknapp said.

"I've been with the team for only a short time and I'm amazed at the talent I found in Jordan.

"We won't be sitting back tomorrow and wait for 90 minutes for something to happen ... not by design anyway ... so we'll have to see how the game goes. You cannot dictate these things.

"Sometimes you see teams being overrun. They don't go out to play that way but they struggle to get the ball.

"We have technically good players and I want to see us get on the ball and have some control of the football match.

"You can only attack if you have the ball, anyway, so we have to play with the ball if we can and take our chances if they come along.

"Australia are very strong but we are good too. We have to get our heads in front."

Postecoglou said he was satisfied with the progress of his ambition to assemble a strong 11 with adequate cover for each position.

"I think it's evolving and we are closer now than we were 12 months ago," he explained.

"We are stronger now because we have more depth. So it's definitely rolling.

"The idea is to stay disciplined and making sure we keep giving opportunities to guys who warrant them and making sure the guys in the squad are aware of the expectations.

"When I took over I used to stay up late at night worrying about players getting injured or being late in camp.

"At the moment we are getting close to a position where we can cover any eventuality."