Australia and Japan have had their fair share of memorable battles during the past ten years. The World Game takes a look back at three classic matches between the two Asian Football Confederation rivals. 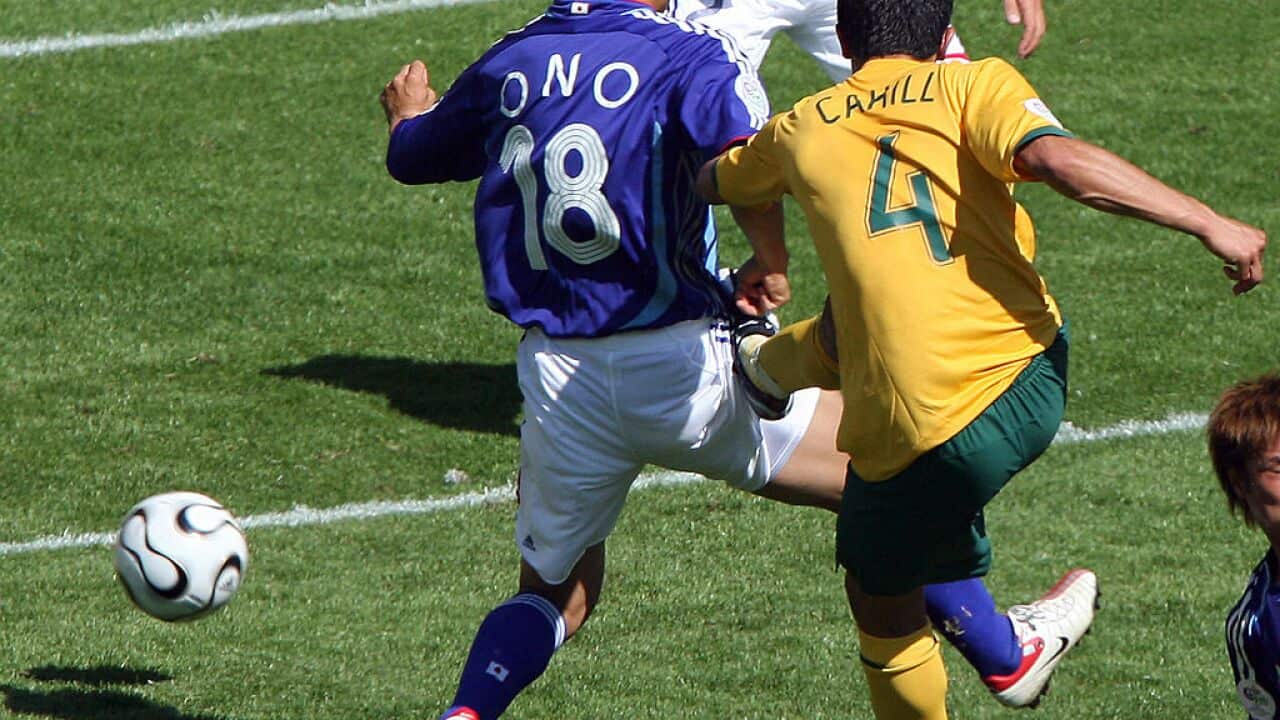 Matches between the Socceroos and the Blue Samurai have created a myriad of memorable moments with both sides arguably the two best teams in the AFC.

Here's our pick of three of their best clashes.

Australia's first World Cup match since 1974 was always going to be a huge moment for Australian football fans and proved to be the platform for the Socceroos burgeoning rivalry with Japan.

Tim Cahill was Australia's saviour though - scoring two incredible goals for the Socceroos, while a brilliant solo effort from John Aloisi capped off a day football fans down under will never forget.

Australia were determined to make their mark in the AFC and a Asian Cup final berth in only the Socceroos' second Asian Cup tournament was quite an achievement.

However, Holger Osieck's side were not there to make up the numbers and took the game to Japan from the opening whistle.

Harry Kewell, Luke Wilkshire and Cahill all had great chances to open the scoring but failed to hit the back of the net.

The match went to extra-time and it was here where Japan found the breakthrough with a stunning volley from substitute Tadanari Lee in the 106th minute to clinch the Asian Cup title.

Australia and Japan were paired up in the final stage of AFC qualifying for the 2014 World Cup and faced off during match day two in Brisbane.

The pressure was on the Socceroos going into the match, as Japan had scored nine goals in their previous two qualifying matches.

Australia rushed out of the gates and had three great chances to score in the opening minutes of the match.

While Japan had their back against the wall, they were able to hold on with some incredible goal line clearances.

The Blue Samurai then turned the tables on the Socceroos in the second-half and opened the scoring in the 65th minute courtesy of Yuzo Kurihari.

Australia brought on Alex Brosque and it didn't take long for the striker to have an impact on proceedings when he won a penalty in the 70th minute.

Luke Wilkshire then stepped up and blasted past the Japanese goalkeeper to ensure both teams went home with a point.