Manchester United's Europa League exit to Liverpool began and ended on a distasteful note as a banner with the word 'Murderers' greeted visiting fans, some of whom were involved in scuffles at the end of the game. 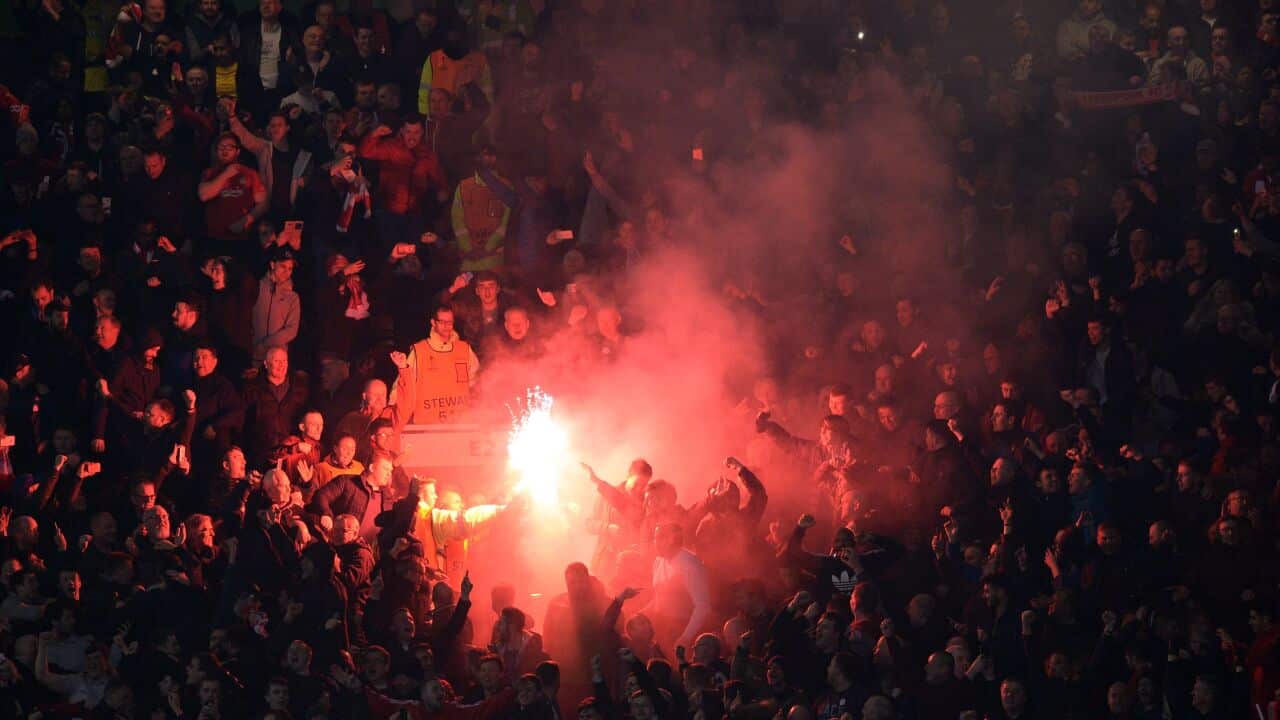 Supporters arriving for the last-16 second leg tie against their arch-rivals were greeted with the offensive message on the outskirts of the city.

Advertisement
It was tied to a sheet on a bridge over the M602 in Salford, just a couple of miles from Old Trafford and a route used by many Merseyside-based supporters heading to the game.

It also contained the date of the Hillsborough disaster, in which 96 Liverpool fans died at the FA Cup semi-final against Nottingham Forest.

In the closing minutes of the game a minor scuffle broke out in the top tier of the East Stand when a handful of Liverpool fans, sat among home supporters, unfurled a club flag - much to the delight of the visiting supporters below them - but stewards moved in swiftly to isolate the group to prevent a further escalation after a few punches were aimed at them by home fans.

This fixture has had bad blood between the two clubs for years and during last week's first leg at Anfield, won 2-0 by the hosts, a number of offensive chants in reference to the Hillsborough tragedy were sung by a large section of the away end.

Midway through the second half at Old Trafford there were two very faint separate 'Murderers' chants from the Stretford End but both died out almost before they had got started.

Last week Manchester United condemned the chants but UEFA took no disciplinary action as no reference was made in the Spanish match officials' reports.

"It has always been the position of Manchester United that chants of this nature, which refer to historical tragedies, have no place in the game and do not reflect the values the club holds," said United's statement on Friday.

"We are in discussion with our fans' groups to seek their support in preventing this type of behaviour in the future."

Greater Manchester Police were alerted to the motorway banner and swiftly took it down.

"Police made aware of offensive banner that was hanging over the M602," GMP said on their Twitter account.

Inside Old Trafford stadium before kick-off one banner in the away end bearing the words 'Hang the Roma 4' - in reference to United supporters convicted in 2007 of fighting with police in the Italian capital who subsequently had their jail sentences cut on appeal - was also quickly removed.