Behind The Play: Valeri's illness had him stumbling, affected speech, vision

Continuing a five-part series on A-League stars preparing for the 2016-2017 campaign, The World Game talks to Melbourne Victory star Carl Valeri about the illness that rocked him last season and his way forward from that. 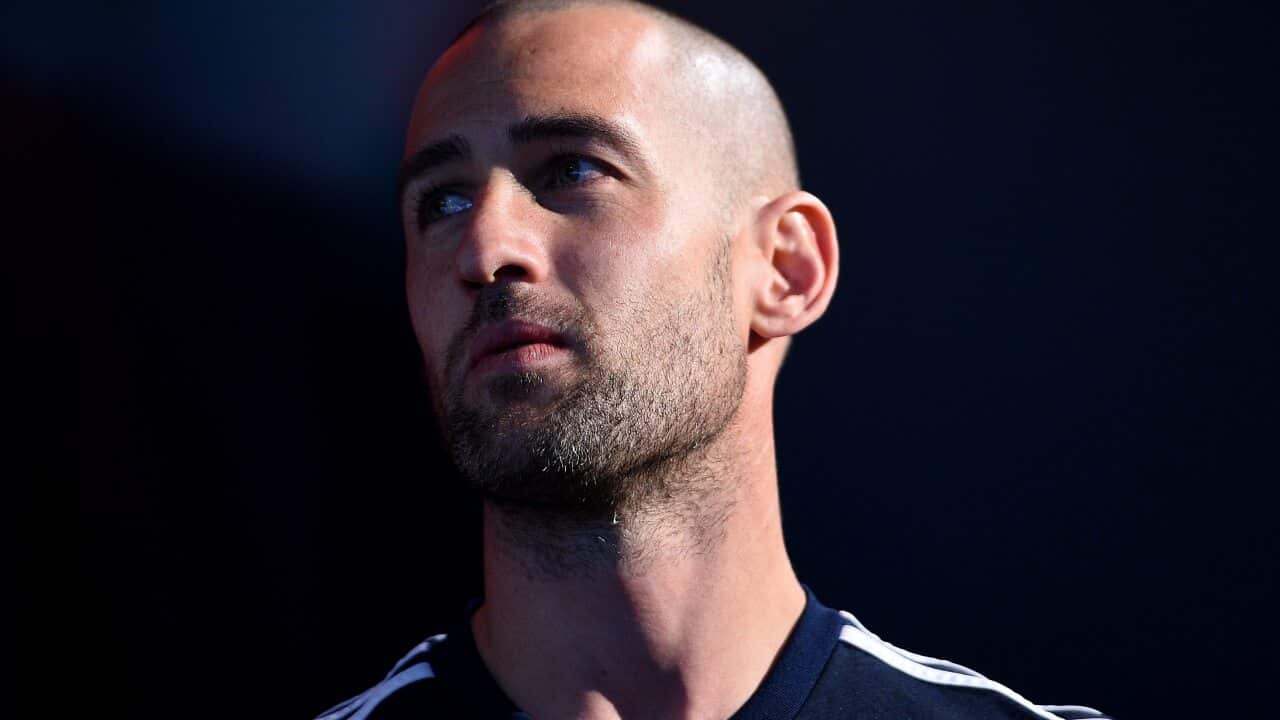 Valeri has revealed the extent of the extraordinary effects an inflammatory brain condition had on him last season.

The 52-match Australia midfielder was forced out of the game for four months while he sought treatment and recovered.

He managed to return for several games towards the end of the season.

"It first started affecting my balance," the Victory captain told The World Game.

"I felt off-balance and found myself stumbling at times.

"Then I started to have problems with my vision, things started to get really blurry and it took a long time to focus on things, and my speech started to slow down, and my thought process.

"And my left side would just switch off, like, short-circuit. My left leg would short-circuit and I'd kind of have to drag it along."

Valeri said that once he alerted the club's medical staff that he had begun having problems, he was given first-class treatment.

"From the time of the first symptom I experienced, within 10 days I'd been to see two different specialists, had two appointments with my neurologist and undergone four scans," he said.

"The club was fantastic and the medical staff really looked after me and I was diagnosed with an inflammatory brain condition and quickly started treatment."

Victory club doctor Krishand Naidu said in a statement released in mid-December: "Carl developed a medical condition two weeks ago that affects his balance and coordination. He had a viral upper respiratory tract infection in the week leading up to this."

Valeri's last game before being affected by the illness was on November 28.

He resumed playing on April 2 after it had previously been thought he would have to sit the rest of the season out.

The brain is the most complex organ in the body, as Valeri has been reminded via this experience.

"It's very difficult to diagnose these things exactly," he said.

"But they know it's an inflammation in the brain and that it's treated in a certain way and the important thing is that I responded to treatment.

"This is obviously not an area I'm an expert in, but I've had great treatment from the experts and as long as you're feeling better and making improvement it's not an issue.

"The treatment is working for me and it is actually healing quite quickly, so it's a good sign and I wouldn't be able to play professional football if it wasn't improving.

"It obviously isn't something the doctors took lightly. The brain is very complex and the problem I developed is something my neurologist has looked into quite extensively."

Valeri said it was a bonus for him to have been able to make a comeback before last season ended.

"I reached the stage where I was 100 per cent confident I could play," he said.

"I felt like I wanted to play and my body was taking me there. I'd started some training and that progressed and things got better and before I knew it I was training with the team and I thought, you know, why can't I play.

"I spoke with the coaching staff and the medical staff, who were all very cautious and didn't push me in any direction I didn't want to go."

Asked how he felt now, with the Victory already into the semi-finals of the FFA Cup, and about to kick-off the A-League season with a game against Brisbane Roar at Suncorp Stadium on Friday night, Valeri replied: "I'm at 100 per cent.

"It just needs to show that the inflammation has cleared up. You get a review every six months and I'm coming up to one of those, so it could be that it's well and truly gone now.

"I feel fine. They're just checking because, like I said, it's a very complex area. It's an ongoing process and one I'm happy to undergo."

Valeri said the Victory, A-League champions of season 2014-2015, were ready to challenge for honours again after their fall last season, when they finished sixth and were eliminated in the first week of the finals.

"I don't think it was a hunger problem or anything like that," he said.

"I saw things day in and day out, I was pretty hands-on even when I wasn't involved in the games, and the boys worked their hardest.

"It was just little things that kept popping up at crucial times in games. I mean, football's made up of moments and in those moments you need to be extra switched on and we would kind of switch off and it became a trend and that's why our form was patchy.

"It's that attention to minor details that wins you games and we've worked on that in the pre-season. I'm very confident we'll be in the thick of it this season. I back us to go all the way."