Egan Bernal (INEOS Grenadiers) has already seen off a host of challengers, but will his own condition be the greatest threat to wearing pink in Milan? 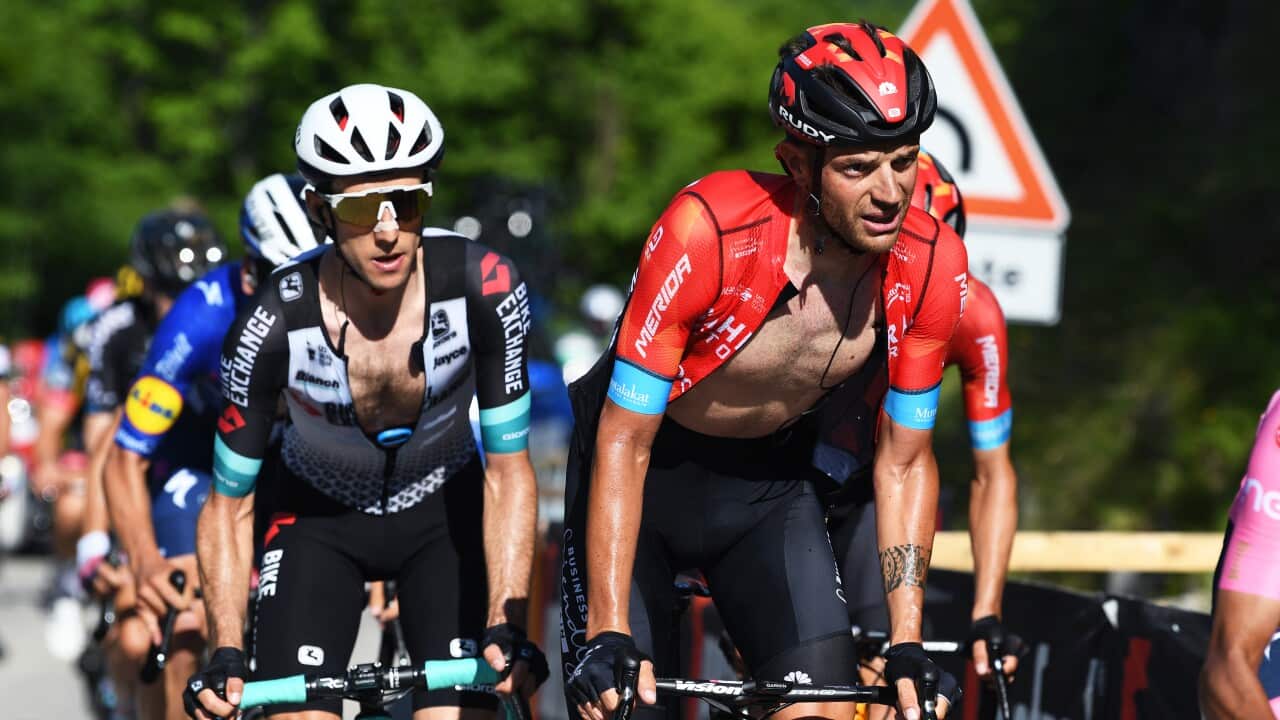 Bernal uncharacteristically struggled in the final kilometres of Stage 17 close to the top of the Sega di Ala as Simon Yates (Team BikeExchange) pulled away with three kilometres remaining and put 53 seconds into the race leader.

Behind, Bernal suffered and had to call on multiple occasions for teammate Dani Martinez to slow up. Then when Damiano Caruso (Bahrain Victorious) came up from behind, it wasn't Bernal riding to defend pink, it was Caruso riding to defend second who went to the fore as Yates climbed higher on the stage and the leaderboard. That no doubt helped the Colombian on the shallower gradients closer to the finish, maybe shaving a few seconds off the final deficit to Yates.

The question now is whether this first show of vulnerability will translate into further losses on the summit finish to Alpe di Mera at the conclusion of Stage 19 or the triplet of Category 1 ascents that form the finale to the climbing action of the race. The time trial as well could be a potential hurdle as well if Bernal's not on form, while all three would generally be considered of roughly equal ability against the clock, a time trial at the back end of a Grand Tour is affected a lot by fatigue in addition to the normal considerations.

Matt White, sports director for Australian WorldTour squad Team BikeExchange, was in an upbeat mood ahead of the final three stages of the 2021 Giro d'Italia.

"We're in a good place," White said of the team and its leader, Simon Yates. "There's still a lot of climbing to come and that starts tomorrow."

"There's a pretty tough final climb to the line tomorrow [at Alpe di Mera]. Then we've got long climbs the day after, not as steep, but there's a lot of metres of climbing on Saturday. It will be an interesting couple of days. And we're in a better place than we were five days ago."

While Yates' three minute and 23-second deficit would normally be regarded as too much time to be won back from another top GC rider like Bernal, Yates is only too aware of the effects of fatigue during a Grand Tour. He led the 2018 edition of the race, winning three stages and leading the race convincingly before cracking dramatically on Stage 19, finishing over 38 minutes behind the stage and eventual overall winner Chris Froome.

That was preceded by a stage where Yates showed a small sign of cracking, losing 30 seconds on a smaller summit finish, perhaps echoed in 2021 with Bernal showing some weakness after previously being thought unbeatable.

"I think all we saw yesterday is that he is human," White said of Bernal's Stage 17 showing. "He is the best climber here, nobody has been able to challenge him on any climb so far in the race. Yesterday was the first time he showed any kind of weakness at all.

"It was one day, and anyone can have a good day or a bad day. It wasn't his best but he's had 16 days before that going pretty good. He's got to manage the next couple of days, just as we do."

While much of fighting for pink may come down to whether Bernal cracks or not, there's an additional hurdle for Yates, Damiano Caruso sitting in second overall, a minute and two seconds ahead.

Caruso is in career-best form, he has previously finished in the top ten of all three Grand Tours, but his best finish was eighth in 2015 Giro d'Italia, finishing over 12 minutes behind winner Alberto Contador. This is rarefied air for the Italian, and he spoke of the pressure that comes with the increased attention.

“I’ve had a lot of messages telling me to attack Bernal and do the impossible, but it’s difficult because it’s at the limit of my capabilities,” Caruso said. “It’s something that’s not in my range. People might want an acceleration or something from me, but I can assure them it’s very hard for me. Still, I won’t give up from here to Milan.

“I have to stay focused and I need to watch out for Yates, who has shown his strength. I’d like to defend second and defend myself from him. When I caught Bernal yesterday, I kept riding with him because I didn’t want to lose second place overall.”

It might not even be a bad strategy for Caruso. Whether he wins the Giro d'Italia is likely going to come down to whether Bernal cracks - something that's not going to be affected overly by him - and then also defending his position above Yates. It probably seems like the obvious tactical choice on Stage 17 was to just sit on Bernal when he caught him, allow Martinez to work then attack over the top in the final 500 metres, but Caruso is a very one-paced climber and seems to derive his impressive consistency in these events from just sitting at the one speed constantly.

It's been a case of trying to make the best of each situation as it has come, something that Caruso has been doing ever since he took over GC leadership following Landa crashing out of the Giro in the opening week of competition.

“I didn’t have a lot of choice, I just had a duty to try and the desire to do it as well,” said Caruso. “I knew my form was good. I’ve picked up the role of leader here, even if I didn’t like to define myself as a captain, but I’m living it well. I’ve got a great opportunity to grab here, and now I want to live it to the end.”