Sydney FC have sealed their spot in the final eight of the FFA Cup courtesy of two extra-time goals as the Sky Blues beat Perth Glory 2-0 at Dorrien Gardens. 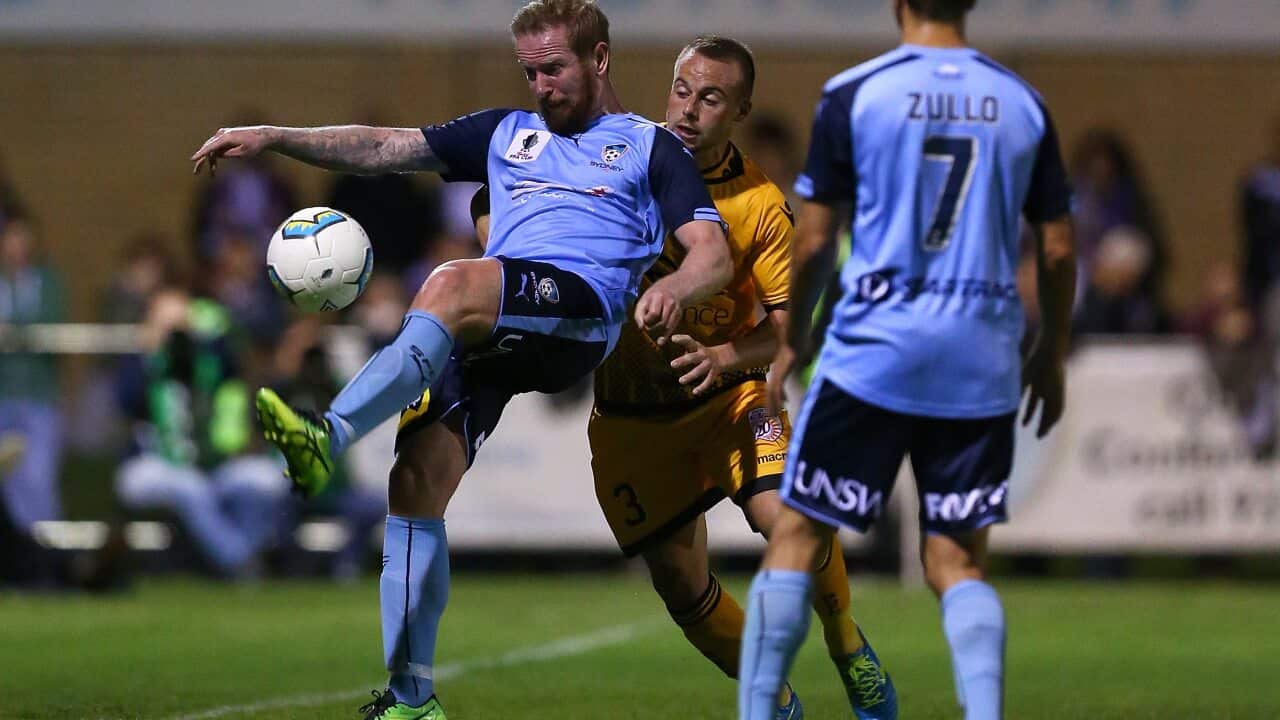 In a match that needed extra-time to be decided, it was Sydney who struck first in the 98th minute as Milos Ninkovic's right-footed shot nailed the top right corner of the net past former Sydney goalkeeper Liam Reddy.

Captain Alex Brosque scored with a stunning strike eight minutes into the second half of the extra period, boosting the deficit to two and out of reach of the Glory.

Advertisement
Marquee signing Bobo made his debut off the bench, working hard in attack and looking like a vital component in how successful Sydney's upcoming season will be.

In Broadmedow the Wanderers may have been the favourites but it was Edgeworth that went on the attack early.

Andrew Redmayne was forced to make a number of early saves before play evened out, with both the Wanderers and Edgeworth locking down defensively - there were possessions where nine Edgeworth players were inside their box trying to stop the more-fancied Wanderers from getting in front.

All their hard work on defence was undone as they couldn't stop Scott Neville from scoring directly off a corner just after the 30 minute mark.

Brendan Hamill put Western Sydney up 2-0 courtesy of a Mitch Nichols assist as he cut from the right wing into the box while three minutes after the break Neville netted his second, easing the ball past goalkeeper Jim Fogarty for his third goal in three matches.

2013 Joe Marston Medal winner Daniel McBreen found himself with only one defender to beat 10 minutes later, powering the ball past Redmayne, bringing back bad memories for travelling Wanderers fans of the 2013 grand final.

After being introduced in the 68th minute, super-sub Brendon Santalab ensured the Red and Black would progress to the next round as he scored his club's fourth and fifth goals.

In the Victorian match-up, Stipo Andrijasevic opened the scoring after a scramble for the ball off a free-kick, putting the Knights up 1-0 at Knights Stadium 23 minutes in.

Liam Boland equaled with a header for Green Gully in the 28th minute before Nicholas Krousoratis put them ahead 39 minutes in with a superb strike from just inside the box.

After the break Green Gully asserted their hold on the match, with Boland scoring his second from the penalty spot to put the game out of reach.

It took until extra time for the first goal to be scored in the Devonport City v Bentleigh Greens game, with Matt Thurtell putting the Melbourne-based Greens into the lead in the 93rd minute where they were able to hold out for the 1-0 win.