Forget the posters, Neymar will not be coming to Australia for next month’s MCG games against Argentina and the Socceroos. 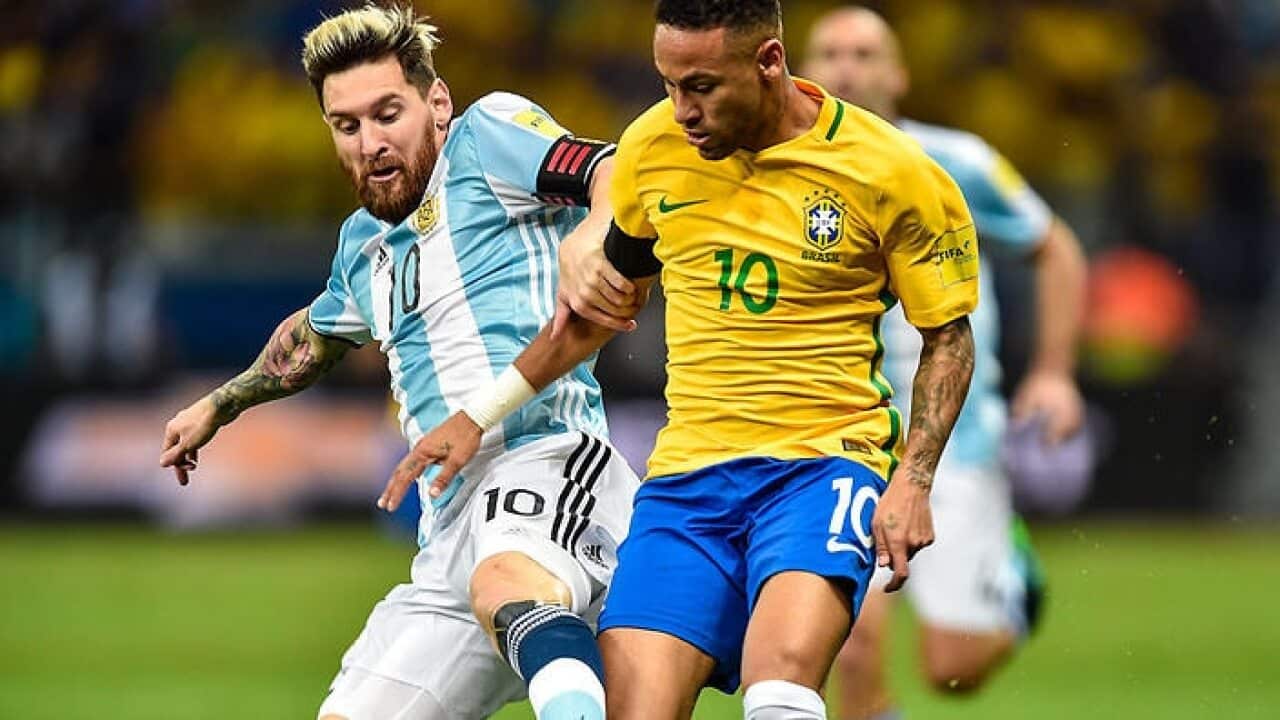 As he called up his squad, Brazil coach Tite appeared to acknowledge that the absence of the team’s star had commercial consequences.

But, he said, “I do what is best for the Brazil team,” and in a meeting to deal with the matter he was given freedom to leave out whomever he wanted.

The team’s physical preparation specialist Fabio Mahseredjian came along to the press conference to stress the point; after years without a complete holiday (Neymar has been involved in a summer international tournament every year since 2011) it was time for a break.

Indeed, one of the expressions most used by Tite and Mahseredjian was on the need “to preserve the players” who are at the end of the European season.

Consequently, most of the first team miss out. The entire defensive unit – goalkeeper Allison, full backs Daniel Alves and Marcelo, centre backs Marquinhos and Miranda, holding midfielder Casemiro and, of course, Neymar have been given a rest.

Only four from the normal starting line up have been included; the Chinese-based midfield pair of Paulinho and Renato Augusto, centre forward Gabriel Jesus, who is returning from injury and needs some game time – and, intriguingly, Philippe Coutinho.

The inclusion of the Liverpool man may be a sop to the Australian public in the absence of Neymar, a glamorous name from the Premier League to help make up for the absence of the Barcelona star.

But it also shows that Tite is still working out how to get the best from Coutinho. Moreover, as the coach said, “playing without Neymar is also a form of preparation.”

The team’s main attacking talent, of course, was injured in the 2014 World Cup quarter final and missed the astonishing 7-1 defeat against Germany in the next round.

The quest to avoid a repeat of 2014 clearly weighs heavily on Tite’s mind.

Back then, coach Luiz Felipe Scolari had established his World Cup starting line up a full year before the tournament, when the team won the 2013 Confederations Cup.  This proved to be an error.

As a result, the key concepts that form part of Tite’s call up are “competition for places” and “opportunity.”

“This is the message I want to send out,” he said.  “There is an opportunity – do the best you can with it.  We’re in the process of a construction and consolidation of a team, which looks to affirm itself and give opportunities so that we arrive at the World Cup at a high level.”

Who, then, is being handed these opportunities this time?

Some of the players he has brought in have been called up in previous squads since he took over in July of last year – centre back Rodrigo Caio.

Others – especially in defence – are being brought in for the first time under the new regime.

Despite his fine club season for Chelsea, the recall of David Luiz is something of a surprise.

Tite has said that he is very unlikely to stray from a back four.  Chelsea, of course, have got the best out of the talented but erratic defender by playing him in the middle of a back three, with two other centre backs giving him cover.

Tite stressed the versatility of the Chelsea man – indicating that he could also become a competitor for Casemiro’s holding role.

The call up for Jemerson of Monaco is a logical option after the development the centre back has shown during the French season.

Veteran right back Rafinha of Bayern Munich at one point appeared to have set his sights on playing for Germany.
Tite now brings him in, as well as Juventus left back Alex Sandro, the only player involved in the Champions League final to be coming to Australia.

The World Cup is full of stories of players who fought their way into the team at a late stage only to go on and play a big role in the tournament.

The Australian public could be in at the start of one of these narratives.  And there is also the attraction of going along to South America’s – perhaps the world’s – greatest footballing rivalry.

As Tite said twice during the press conference, “there is no such thing as a friendly against Argentina.”