Brilliant Thomas steps into the limelight at the business end

Two-time A-League championship-winning goalkeeper Clint Bolton said Lawrence Thomas had taken his game to a new level and that the Melbourne Victory custodian now rates among the best goalkeepers in the A-League. 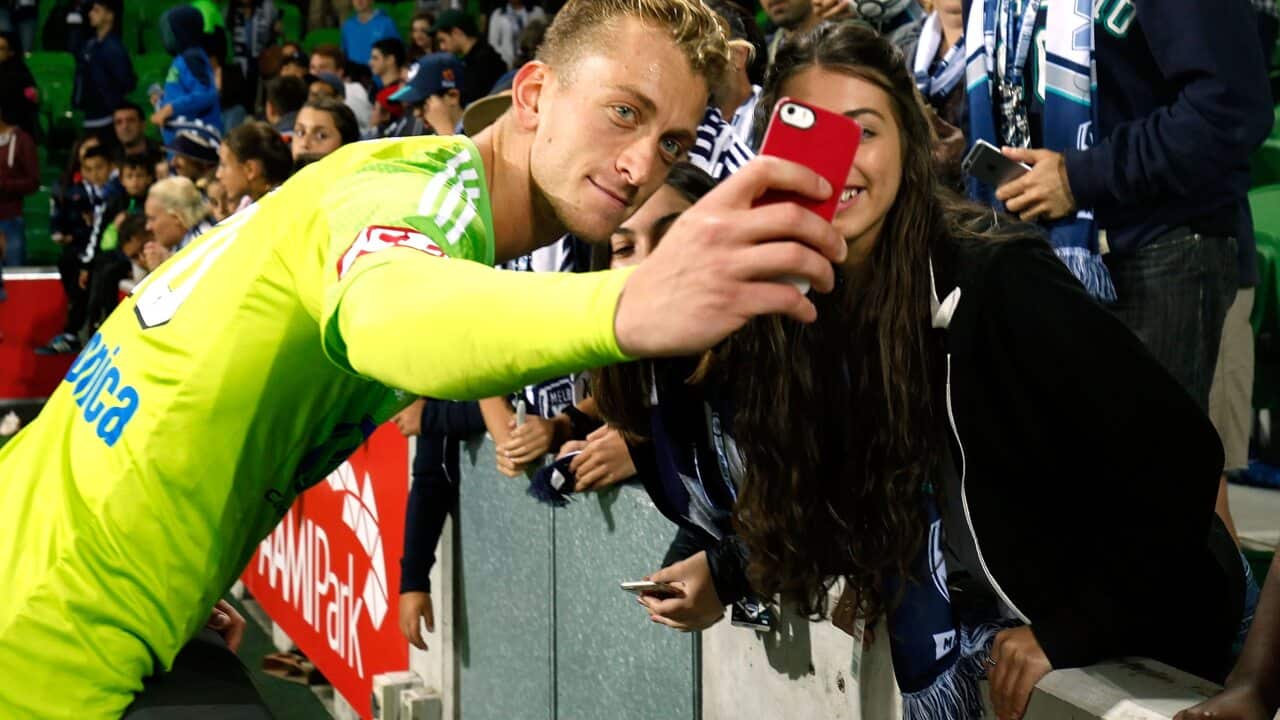 Thomas, 23, has never been the regular starting goalkeeper in his career at Victory, which began with the 2011-2012 season, but he has the chance to change that now.

Advertisement
Former Perth Glory, Wellington Phoenix and Central Coast Mariners goalkeeper Danny Vukovic was a high-profile signing by Victory for this season, but his form was up and down and after the 5-0 loss to Brisbane Roar in Round 23 coach Kevin Muscat discarded Vukovic and promoted Thomas.

It has been a stunning return by Thomas, whose form has been outstanding, and just like last season - when he came in for the injured Nathan Coe at the back end - he will be a crucial element of Victory's finals campaign, which commences against Brisbane Roar in an elimination final at Suncorp Stadium on Friday night.

Bolton, who won both of his A-League titles with Sydney FC and also won NSL championships with Brisbane Strikers and Sydney Olympic, said he didn't previously think Thomas could perform as well as he had done recently.

"Even though he did really well last season when he came in late, I still didn't see Lawrence as that top-level A-League 'keeper," Bolton said.

"But this time around, yeah, clearly he sits comfortably among the top 'keepers in the A-League, easily. Absolutely.

"He was good last year, which surprised me in the way he closed out the season, he looked pretty comfortable, but now he has gone to another level.

"He's very comfortable, he dominates the penalty box area, his decision-making is first-class, he's making good saves and he's very good with his feet. I'm just seeing a guy who's growing in the position, which is strange because he hasn't had much game-time.

"He would have played pre-season matches, but that's nothing, not even close to the level you would hope to be playing at, and then to come in cold at this level, after 23 rounds, it has blown my expectations of him out of the water.

"For me, at this point in time, he and Mark Birighitti (Newcastle Jets) are the form 'keepers of the season. They're pretty similar. They make big saves. they dominate the box, they're very good with their feet, they handle the high balls well and they've got excellent timing."

Lawrence got rave reviews for his performance in Victory's 0-0 draw with Brisbane in the final round at AAMI Park last Saturday. Roar were playing for the Premier's Plate and had plenty of chances to get the goal they needed, but Thomas repeatedly denied them.

The result meant Roar, instead of finishing top and getting the first week of the finals off, dropped to third and face a do-or-die game against the champions - who have some big guns back after having the week off last time out.

Star striker Besart Berisha will also play for Victory after having a two-game suspension cut in half on appeal.

Brisbane coach John Aloisi also felt the need to switch goalkeepers this season - twice. Jamie Young began the season, with Michael Theo injured, but Theo was eventually restored. Aloisi later brought Young back in and he played out the regular season.

Young making twice as many appearances as Theo this season.

"Jamie's form has been a continuation of what he produced before being dropped for Theo," Bolton said. "I believe he was pretty solid leading up to when he was dropped and he just looks pretty much the same now.

"I've been impressed with him from the second half of last year right up until this point. He has had a couple of moments that have been well documented and which he would rather forget, but he bounced back and has looked good."