Brisbane Roar edge Adelaide to close in on premiership title

Brisbane Roar put one hand on the premiership with a 4-2 comeback win over struggling Adelaide United on Sunday evening. 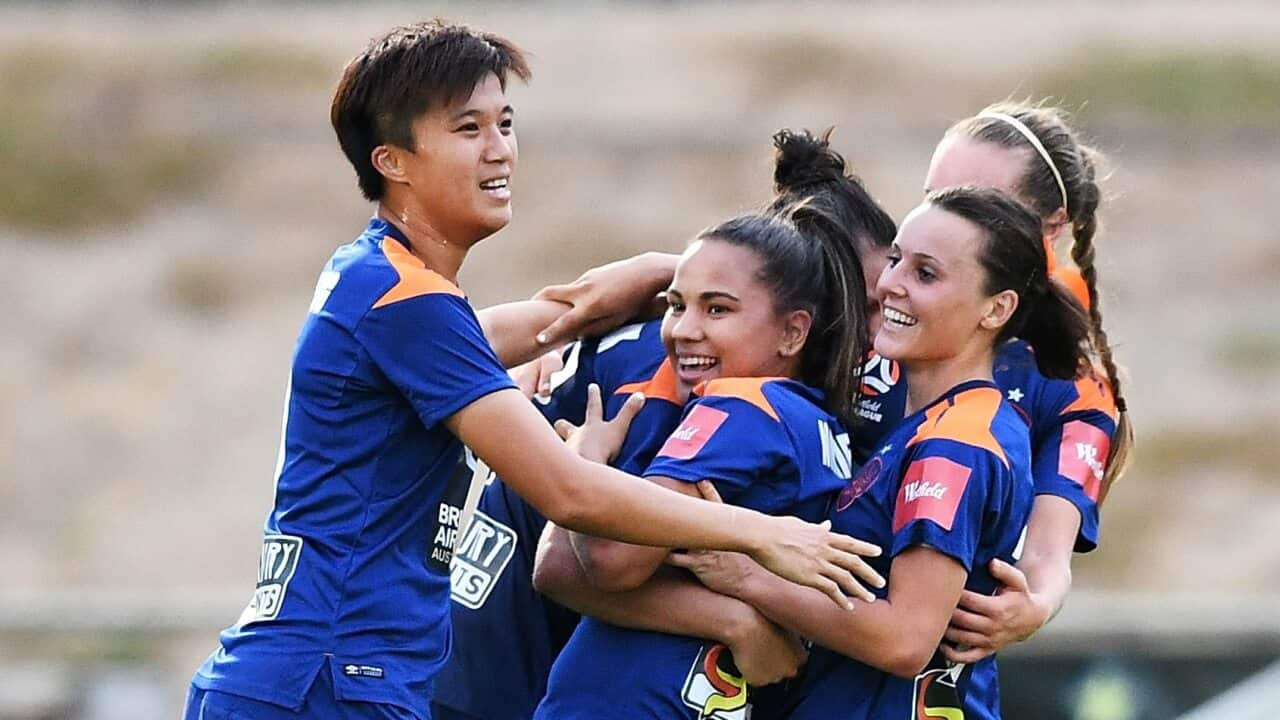 Two goals in the final 10 minutes sealed a crucial result in a match that had been delayed due to extreme heat in Adelaide.

The win means Brisbane will commence the final round three points clear of second-placed Sydney FC needing only a draw against Canberra United to secure the title.

Brisbane got off to a perfect start when Hayley Raso raced 75 metres to score in the 20th minute.

Advertisement
However, the Roar's lead woul last less than 60 seconds with Adelaide finding the back of the net thanks to striker Makenzy Doniak.

Adelaide looked on track to secure a shock upset when Emily Condon tapped home from close range early in the second stanza.

Brisbane refused to give in and a recieved a stroke of luck in the 70th minute when a corner took an unlucky deflection off Adelaide's Jenna McCormick and into the net for an own goal.

The win was wrapped up in the dying stages of the match with Emily Gielnik delivering a classy chip to stretch the lead to 4-2 for the visitors.

Adelaide take on Melbourne Victory next round and need a result to give them any hope of avoiding the wooden spoon.