A-League candidates Brisbane Strikers admit that a collaboration with Ipswich could be their best chance of gaining access to an expanded competition. 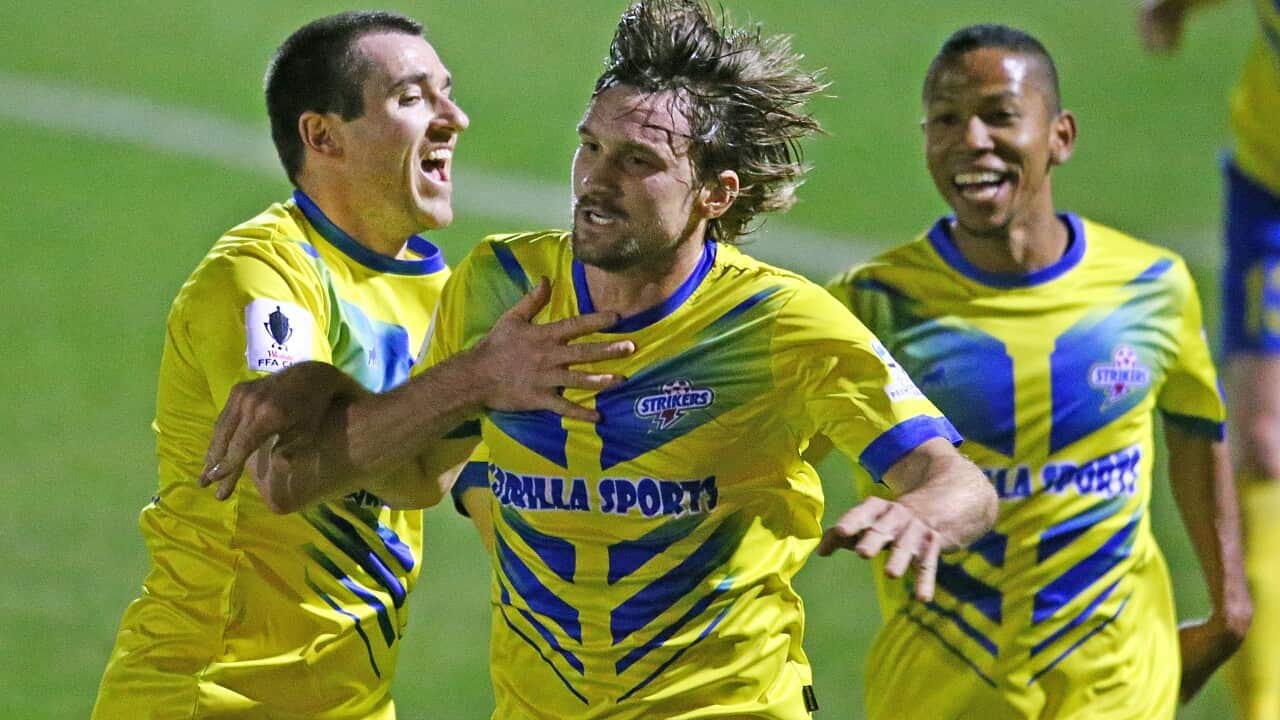 With FFA swamped by interest for the two spots up for grabs in a 12-team A-League from 2018-2019 season, Strikers chairman Bruce Atterton-Evans insists that the former NSL champions have the backers in place but might need to forge a link with the city's burgeoning western corridor out to Ipswich to maximize their appeal to the governing body.

"The Ipswich corridor would need to be considered and worked with," said Atterton-Evans in a statement which could foster an accord with the Ipswich entity who have embarked on their own A-League project in the form of Western Pride.

"FFA have said that any new bid must not hurt their existing franchises, so we can't be placing ourselves in the middle of Brisbane and we need to look at a strategic area to utilize.

Advertisement
"But there have been no discussions as yet with Ipswich (over forming a united front)."

The Ipswich bid is being spruiked by its mayor Paul Pisasale as competition in Queensland hots up for an A-League place. There is also interest from the Sunshine Coast to further complicate matters.

Atterton-Evans admits that a new team in Brisbane would need to co-habit with three-time champions Brisbane Roar until a boutique stadium, with the aid of state government funding, was constructed on its western fringes.

But he has few concerns over the financial muscle behind the Strikers bid, telling The World Game: "We are talking to interested parties over formalizing a bid when, and if, FFA announce their criteria (later this year).

"The strikers have always been interested in trying to play in the A-League and we are talking to partners to ensure that the bid is sound.

"We dont see finances as an issue ... we have interest from parties. They are very committed.

"It's a comsortium of local business identities."

While Atterton-Evans is confident that a training base presents no problem, he sees no option other than Suncorp Stadium for home matches until a new stadium is built.

"Logistically there's nothing else other than Suncorp to use for at least three years from when it gets the go-ahead," he said.

"There won't be a magic stadium to use overnight ... anyone who says they're going to have a stadium somewhere else either has a very rich benefactor or is whistling in the wind."

He is convinced that Brisbane can sustain a second team and could follow the successful derby trend already in play in Melbourne and Sydney.

"I certainly feel this city has room for a second team and the rivalry it would generate," he said.

"0f course there needs to be forums and research to back that up because my opinion doesn't equate to people coming through the doors.

"But a second team in Melbourne and Sydney hasn't done those cities any harm, and even FFA have indicated that derbies add to their quota of big games.

"You'd think a second Brisbane team would engender the same sort of intensity.

"We are just slowly building towards putting a bid in.

We can't afford to get this set of expansion wrong and 2018-19 is the preferred option for everybody.

"It doesn't appear that we're as far down the track as South Melbourne and Tassie bids, but we are steadily building towards that.

"Our club has always been committed to developing talent. I doubt whether there are enough others in Australia committed to that. Too many are always looking for a fast fix.

"You look around the A-League and there are not enough quality players coming in at a young age.

There's an opportunity there ... we have an NPL system which could produce the talent but unfortunately it looks like the state federations, certainly in Queensland, have decimated that."