Australia are aiming to harness the bitter taste of defeat against Germany to inspire a complete performance in their must-win meeting with Cameroon at the 2017 FIFA Confederations Cup. 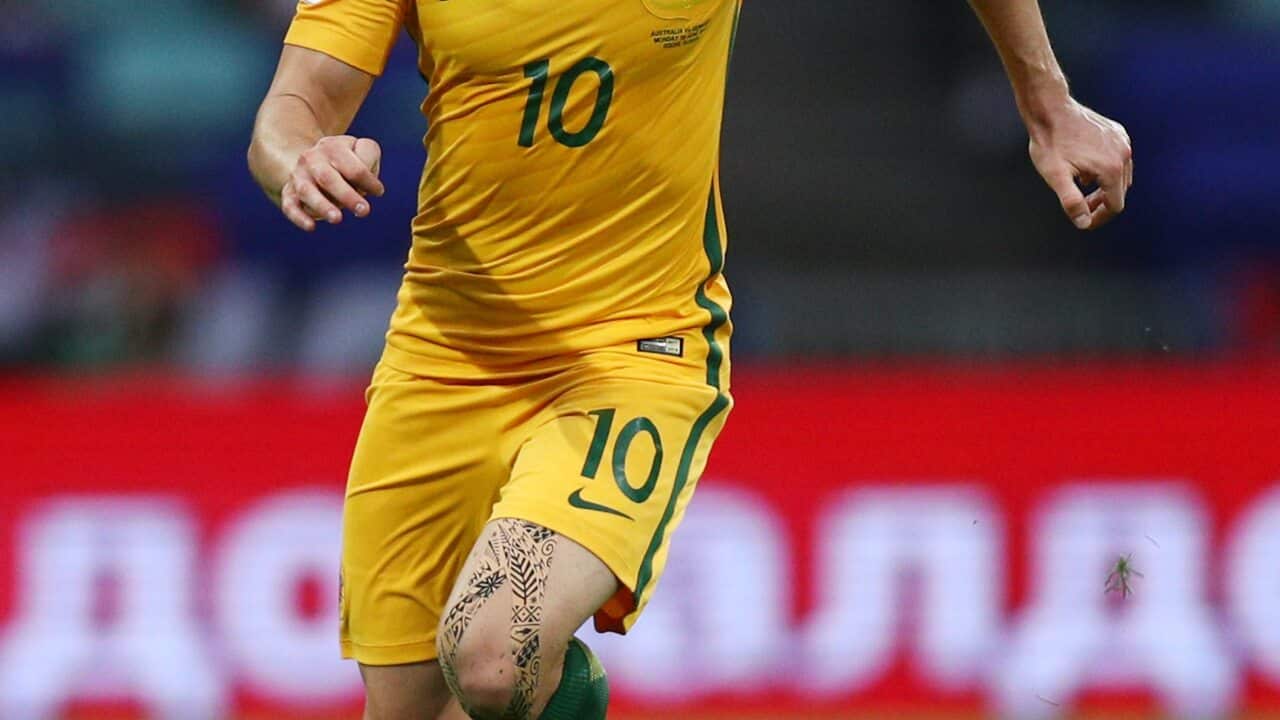 Fragile in the first half and feisty in the second during the 3-2 loss to the world champions, Australia are in desperate need of 90-minutes of urgency and inspiration to give relevance to their final Group B game against Chile in Moscow next week.

It all comes down to the clash with the African champions in St Petersburg on Friday morning (AEST), and attacker Robbie Kruse, 28, sees no shortage of motivation.

Set for a starting role as a No.10 alongside Tom Rogic, Kruse, is still carrying the scars of the opening game defeat in Sochi.

Advertisement
"It's not a nice feeling, particularly when we were playing well in the second half," he said. "When you play one of the best teams in the world, if you take your foot off the pedal pedal for a split moment they really make you pay for it.

"That's what happens against the best teams and we need to make sure we have soaked in that moment, and the disappointment we felt, and take that into the Cameroon game.

"It's the defining game for us, if we can win this we can see ourselves getting out of the group (and into the semi finals).

After influential displays off the bench in the 3-2 FIFA World Cup qualifier win over Saudi Arabia and again against Germany, as well as starting in the 4-0 submission to Brazil, Kruse is eager to provide the gusto and drive to help Australia crack Cameroon, who lost their opener 2-0 to Chile.

He views Cameroon, ranked 32 to Australia's 35 by FIFA, as "a massively different proposition to Germany".

"The Germans like to dominate the ball and keep possession," he said. "With Cameroon, it's predominantly counter attacking.

"So it's a different path, whether they do that against us we will find out soon."

Kruse's darting runs and perceptive passing could wreak havoc should he click.

"I've always been lucky to be fit naturally and feel really good, and most of the boys do," he said. "We've been building up towards this for the last few years with Ange being in charge.

"Hopefully there won't be any excuses against Cameroon.

"We've analysed what happened against Germany and you saw in the last 20 minutes they were running the clock down, which was a credit to us and how we played in the second half.

"But there are a lot of things we have to work on as well and the coaching staff have pointed that out.

"We need to replicate that second half against Germany when we play Cameroon.

"As a team we are trying to get to our final destination, and I think we're very close to getting there.

"We're a good team but maybe there have been some lapses in concentration and we need to learn from that."