Australia captain Mark Milligan baulks at putting individuals ahead of the common cause but that hasn't stopped him identifying Robbie Kruse as a galvanizing presence in the Socceroos' search for Confederations Cup salvation. 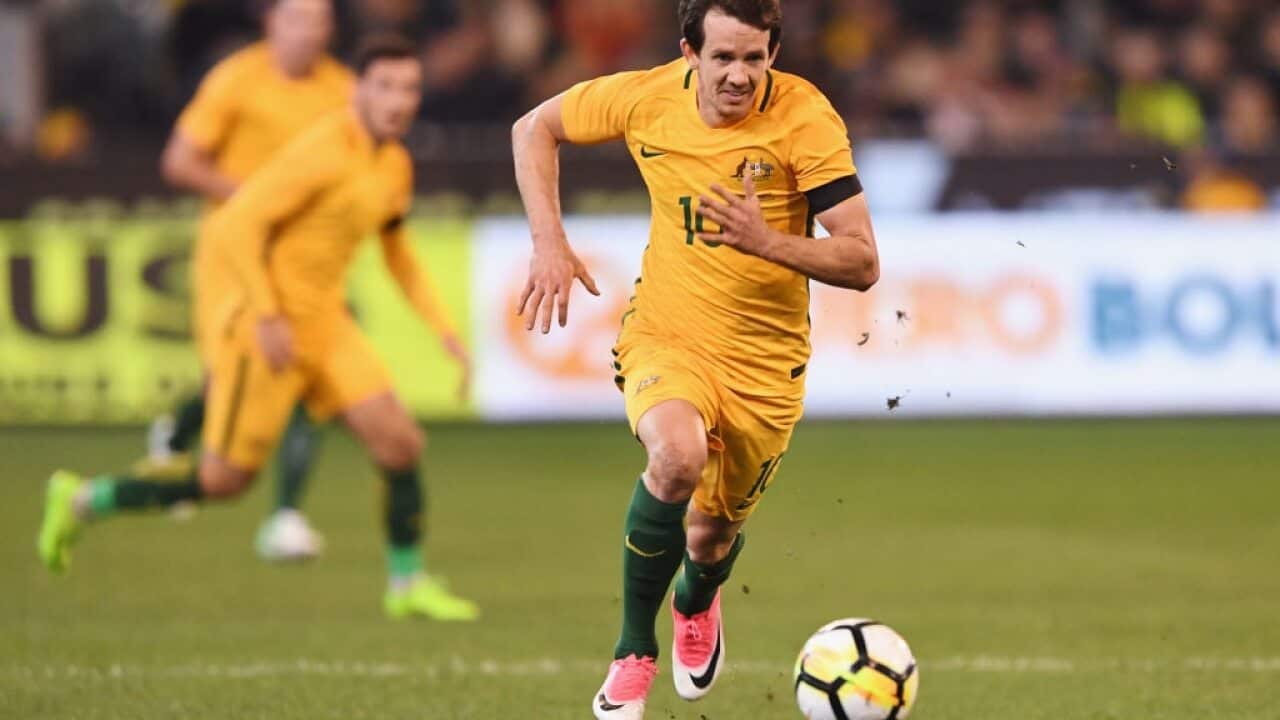 Needing a win against Cameroon on Friday morning in St Petersburg to stay alive in the competition, Milligan believes "wonderful player" Kruse can do from the start what he did off the bench in the 3-2 loss to Germany, which is to add a missing dimension in the final third.

"Robbie offers a different dynamic in that number ten role," he declared.

"In terms of forward runs we were playing it into feet a little bit against Germany and Kruse opened  things up when he came on.

"He always puts his hand up, whether he starts or comes off the bench we know generally what we are going to get some from him.

"He's a wonderful player who has been around the team for a long time now and gives us that bit of experience."

Wearing the armband in the absence of the missing Mile Jedinak, Milligan has no doubt that if the Australia that turned up in the second half against Germany fronts from the kick-off against the African champions then three points can be taken.

"You don't want to be conceding goals like we did in the first half against Germany," he added.

"But it was encouraging we were able to do the things we wanted in the second half – we just need to put it all together now.

"We know the issues we have are not massive.

"And we believe as a group we can fix things and we need to get it right because to progress in this tournament we need a result on Thursday night."

Milligan and his teammates will scrutinize footage of Cameroon's 2-0 loss to Chile in their first group game, where defensive fragility could have been more soundly punished by the back-to-back Copa America champions.

"Obviously they are a very good side, whether they play against us like they did against Chile we will have to wait and see.

"They got in behind a few times and tended to counter attack against them.

"They have a few very mobile players and they are technically sound going forward.

"But if we show the same kind of patience against them that we showed in the second half against Germany then we can cause teams problems."

Milligan underlined the unity of the squad when asked how Massimo Luongo, who was replaced at halftime by Kruse against Germany after conceding a spot kick, might be feeling.

"One thing with this group is that the boys always stick together through thick and thin," he said.

"We always support each other ... these things happen. We will all be ready, including Mass, for Cameroon.

"We have a common goal and believe in what we are doing.

"We might not be there yet but look forward to the day when we do get it spot on."