It's a learning curve for Leckie with Cameroon coming

Mathew Leckie admits he is still coming to grips with the responsibilities his switch from swashbuckling wideman to wingback have imposed upon him. 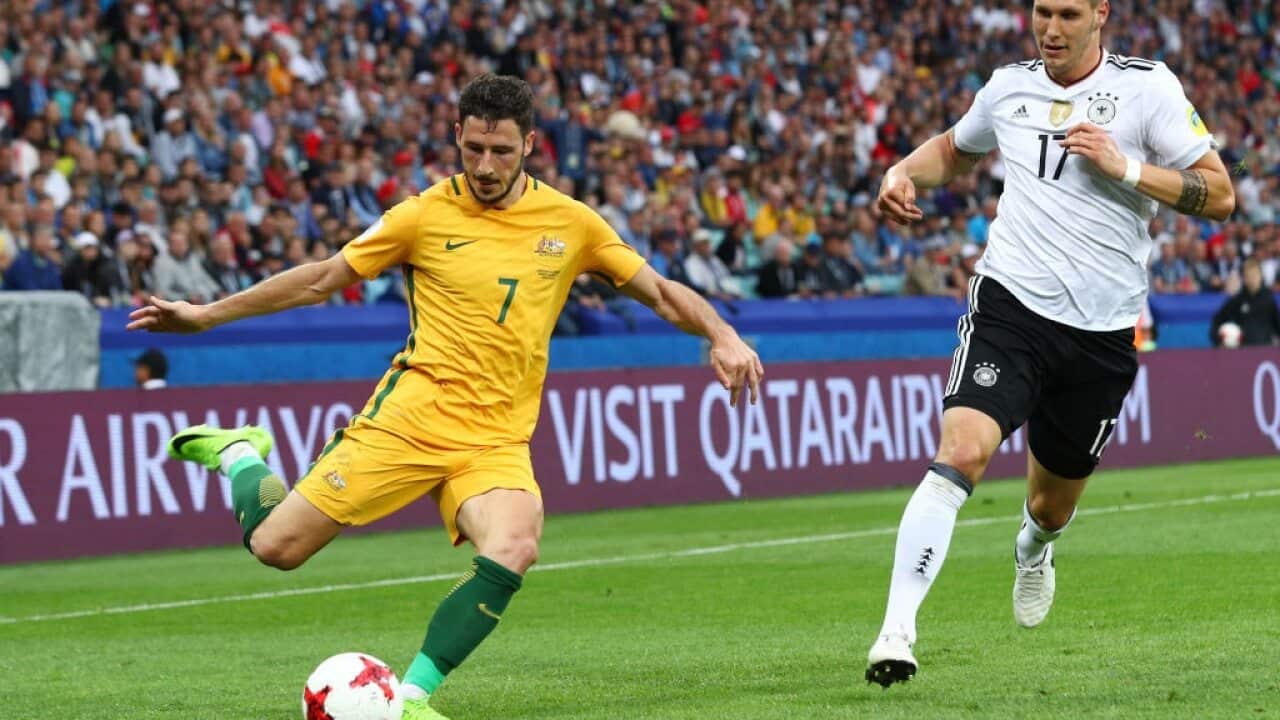 Charged with defensive duties not normally expected of him in coach Ange Postecoglou's exacting new 3-2-4-1 formation, the newly-minted Hertha Berlin signing has been asked to temper his gung-ho, unfettered nature.

He's buying into the role but there's also a sense of loss with Leckie now forced to ration the signature bursts towards the byline for fear of being left exposed and out of position.

Speaking as Australia put their 3-2 Confederations Cup loss to Germany behind them and prepare for Cameroon on Friday morning (AEST), Leckie said: "The new role is about getting used to the defensive side and I think I've been pretty solid in that area.

Advertisement
"I have to work on getting forward more and getting myself in more dangerous positions (working within the system) and I think that will come over time.

"To this point it's been pretty good, and I'm enjoying it."

While the coaching staff still want to see Leckie turn on the after-burners as an offensive force, it's all work in progress - individually and collectively - as Cameroon bid to send Australia home early and breathe life into their own campaign after their 2-0 opening Group B loss to Chile.

"Obviously, I still want to be as dangerous as I can," added Leckie almost wistfully.

"When I was playing in the attacking role I used my speed and tried to go one versus one at every opportunity.

"But obviously the wingback role is a little different.

"I definitely use my speed but taking risks, dribbling ... it's more of a role on the right side rather than the free role when I can run everywhere.

Leckie, like his teammates, is using Australia's second half display against Germany - rather than the angst of a torrid opening 45 minutes - as a source of inspiration to build a platform for consolidation in the competition.

"In the second half we proved we were good enough but in the first we were not good enough," he added.

"We gave the ball away way too much and allowed them to control the game.

"It comes down to concentration and patience and that just wasn't there in the first half against Germany."

He admitted Australia know little of Cameroon but did say: "They have some good individuals upfront and can be very dangerous.

"I think if if they sit back and let us have the ball we have the players who can cause them problems."