Sydney FC are prepared to make Jordy Buijs the highest paid defender in the A-League to tempt him to remain at Moore Park on a multi-year deal. 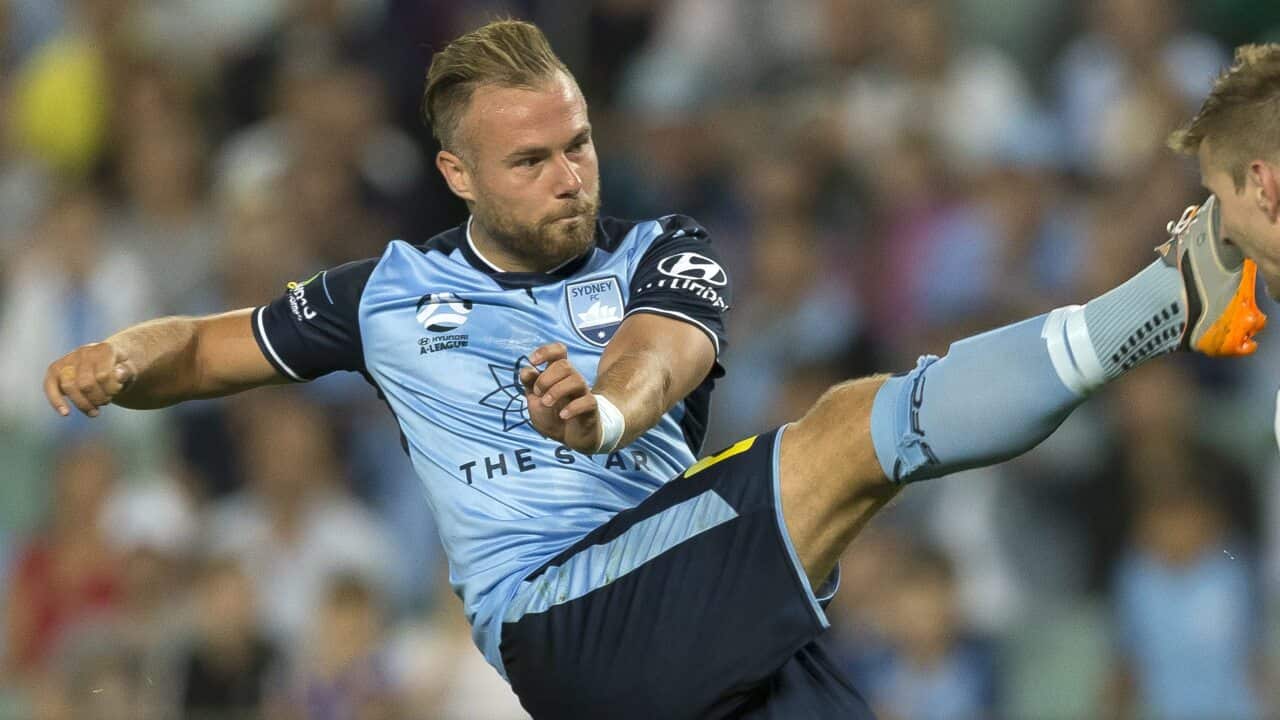 Snapped up as a low budget injury replacement 14 months ago, the 29-year-old Dutchman has been huge success story for the defending champions this season in unison with Alex Wilkinson at the back.

It’s understood the Sky Blues have tabled him a $375,000-per-year offer to re-sign - over double the value of his current contract - and comfortably the most any A-League stopper currently commands.

While declining to discuss the value of the deal - which could even rise higher - Sky Blues CEO Danny Townsend confirmed that the club are keen to lock Buijs down.

Advertisement
He admitted, though, the man who has won three trophies since arriving at Allianz Stadium may be tempted to chase even bigger pay packets in Asia and the Middle East.

Closer to home both Western Sydney Wanderers and Melbourne City are both looking on avariciously as his contract winds down, with cheque books brandished.

“We’ve been talking to Jordy about a new multi-year deal in recognition of how well he’s performed for us,” said Townsend of the stopper who has made 23 appearances so far this season for the A-League leaders.

“He really hope he stays because he’s put the performances on the board and is an important member of the team.

“But in a salary cap league there is only so much you can offer and we don’t know if that’s enough to satisfy his expectations at this stage of his career.

“He understandably wants to do the best for himself and his family and we can only hope that he decides to put down roots here.”

Buijs’ exclusion from Sydney’s AFC Champions League squad due to the limit on visa players permitted, raised a few eyebrows and the Sky Blues have found it tough going without him, underlining his importance to the balance and stability of the team.

While Sydney are reluctant to discuss terms with a number of other off-contract players for fear of further destabilizing their season, confirmation of the offer to Buijs is testament to his standing at the club.

Townsend knows though that tying him down won’t be easy.

“I think he has his sights in Asia as possibility at this stage,” he added.

“But, as I’ve said, we’d love him to stay and build on what he’s already achieved at the club.”

Meanwhile, the race to replace Socceroos-bound Sydney coach Graham Arnold is heating up, with in excess of 10 Dutch candidates having forwarded their CVs to technical director Han Berger.

One name on the list is Alex Pastoor, the former Sparta Rotterdam coach who worked with the Australian duo of Kenny Dougall and Craig Goodwin before being dismissed 18 months ago.