After more than 15 years travelling the world as a professional footballer, it would have made sense for Eddy Bosnar to enjoy a slice of the quiet life. 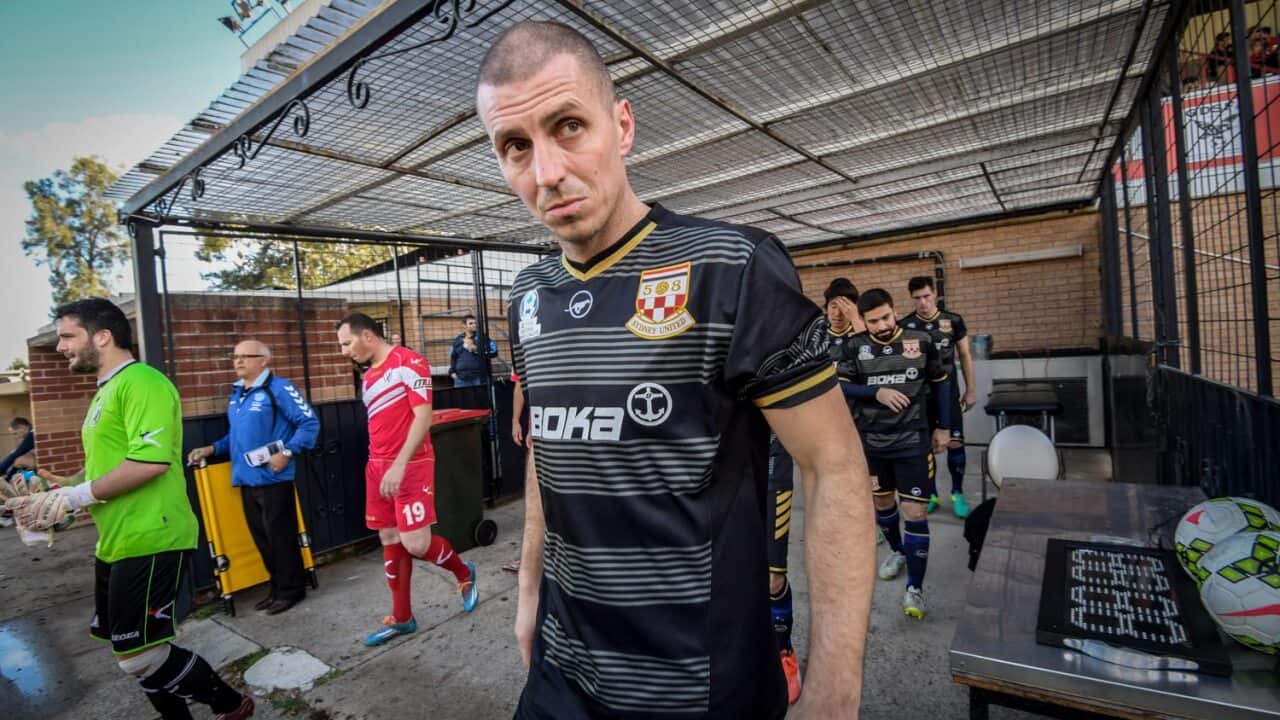 Instead, the only slice you’ll see Bosnar near is a serving of burek from his new business venture - a specialist Croatian bakery in Wetherill Park, in the heart of western Sydney.

Bosnar, along with his brothers Ivan, Milan and Marko, has taken the plunge and opened the nation's first franchise of Mlinar (derived from the Croatian word for “windmill”), which has over 300 stores in Europe.

Since throwing open their doors just a few months ago, the store has such a runaway success that they’ve struggling to keep up with demand - and are already contemplating regional expansion into Asia and New Zealand.

Advertisement
“I’ve been absolutely overwhelmed by it. Our business forecasts were for about a third of what we’ve actually turned over,” Bosnar told The World Game. “I always believed in the project - it took about three years of planning, well before I finished playing - but I had no idea it would be as popular as it has been. We’ve had to get extra stock flown in just for us.”

And if the Halal Snack Pack is the dish that’s taken Australian by storm, Bosnar reckons the famous most pastry staple of Eastern Europe may soon be the next craze.

“I have no doubt we already do more burek than anyone else in Australia.” he said. “And I have no doubt that our location has a lot to do with our success. This is the heart of the Eastern European community and we get everyone coming - not just Croatians, but Macedonians, Bosnians and Serbs, plus Lebanese and Assyrians. Everyone, really.”

The Bosnar family had already made a name for themselves for several years through Croatian Food & Wine, which imported delicacies from the Adriatic - the highlight of which might just be the most expensive cheese in town.

“It’s called Paški sir and there’s only a few places in Sydney you can get it. It’s $150 per kilo - but you have to wait six months before you can actually eat it,” Bosnar warns. “It comes from the island of Pag, and, in Sydney, you’ll only find it being used by the very best chefs in the top restaurants.”

So successful have his business ventures been that he’s already on the board of the Australian-Croatian Chamber of Commerce - not bad for somebody who was still a full-time footballer six months ago.

But while the 36-year old is done at A-League level, having most recently played with the Central Coast Mariners, he wants to have one last tilt at big time glory with his beloved Sydney United.

They’re in the final 32 of the FFA Cup and will face Blacktown City in what promises to be a vintage western Sydney derby in Seven Hills on Wednesday night.

“Behind the A-League, the FFA Cup is the single best thing that has happened to football in this country,” Bosnar said. “Everyone at Sydney United is looking forward to this game and it means a lot to everyone who is involved. We’re taking it very seriously.

“The opportunity to play on the big stage doesn’t come around that often but teams like United and Blacktown both really want to be up there.”

United are under the tutelage of Mark Rudan, who has now served a lengthy tenure in charge of the former NSL champions and is widely expected to make a big impression when steps up to the A-League.

Bosnar can’t speak highly enough for the ex-Sydney FC captain, even if he admits he was a little nervous at first at how strict his brother-in-law would be.

“It’s surprising - he’s not as intense as he is on the TV! He’s actually a very calm, methodical coach and great to play for. The young boys learn so much from him,” Bosnar said. “It’s fantastic that he and I are both able to give something back to the club we grew up with and hold very dearly. I’ll see if I play on in the coming years but for now I’m certainly enjoying my football again.”

Blacktown have Matty Lewis, Travis Major, Joey Gibbs, Mitchell Mallia, Shayne D’Cunha, Patrick Antelmi and Zach Cairncross, plus the exciting Korean forward Danny Seung-Joo Choi, who could be bound for the A-League when his Australian passport is confirmed this year.

And while Bosnar has done his utmost to maintain his professional ways since stepping down to the second tier, not everything has proven pleasing to his coach.

“I always try to get to training on time - it’s not always possible, but thankfully I’m only five minutes away,” he said. “But the real problem has been that the gaffer wasn’t happy with me bringing any leftover bread and sweets for the boys. He reckons they were getting a bit fat, so he’s put a stop to that.”