Tim Cahill was the star attraction in the FFA Cup Round of 16 as Melbourne City came back from a goal down to beat Brisbane Strikers 2-1 at Perry Park. 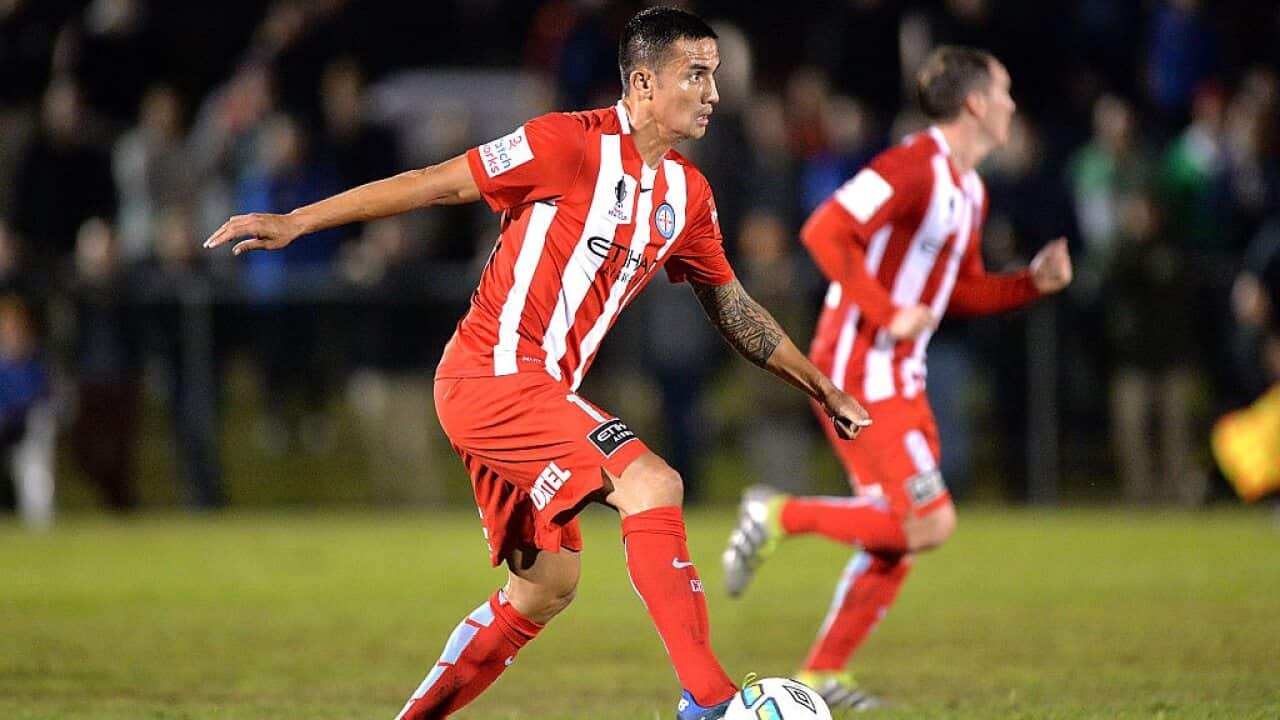 In other games Blacktown City beat Bonnyrigg White Eagles 3-0, Canberra Olympic won against Redlands United 2-0 and Melbourne Victory assured they went through to the next round with a 1-0 win over Hume City FC.

Luke Brattan made his debut after being loaned out from parent club Manchester City and started as a deep-lying midfielder, just behind fellow debutant and former Australia international Neil Kilkenny.

All eyes were on the Socceroos' all-time leading scorer as he was set to make his first appearance for his new club, with a ground-record crowd of more than 3,500 coming to watch the A-League's newest star signing.

It was a closely contested first half with the underdog Strikers having the most attempts on goal before finding their way to the back of the net courtesy of Greig Henslee.

Henslee made an unmarked run into the box and finished a beautiful Hiroki Omori free-kick to put the hosts ahead in the 33rd minute.

But City were able to respond swiftly after Nick Fitzgerald was taken down in the box and last season's Golden Boot winner, Bruno Fornaroli slotted the ensuing penalty, only four minutes after the Strikers' goal.

The second half was again close with Brisbane applying pressure on the City attack, forcing 19 interceptions, however with neither side able to capitalise on their chances, coach John Van't Schip decided to bring on Cahill in the 63rd minute.

An attempt on goal shortly after his introduction was deflected by a Striker defender, but Fornaroli was able to capitalise on another penalty attempt in the 78th minute.

New City attacker Bruce Kamau was adjudged to have been taken down by Jake Marshall, but it was a match that the Brisbane side can be immensely proud of.

Antelmi scored again in the 66th minute, off a beautiful Danny Choi cross, to put Blacktown out of reach.

In Canberra, Olympic opened the scoring with an unlikely goal as goalkeeper Angelo Konstantinou converted a penalty 13 minutes in.

Then, with ultimately the last kick of the game, Redlands' Paul O'Brien was shown a card for a foul inside the penalty area that was duly converted by Canberra's Robbie Cattanach and saw the side progress through to the quarter-finals.

And in the Victorian derby, it was the ever-reliable Besart Berisha - who slotted a penalty in the 27th minute, after Fahid Ben Khalfallah went down in the box, that proved enough to see the A-League club progress over Hume.