FFA Cup giantkillers Redlands United have risen off the back of their win over Adelaide United to challenge for finals football in their own league and potentially set up the most hectic week they could imagine. 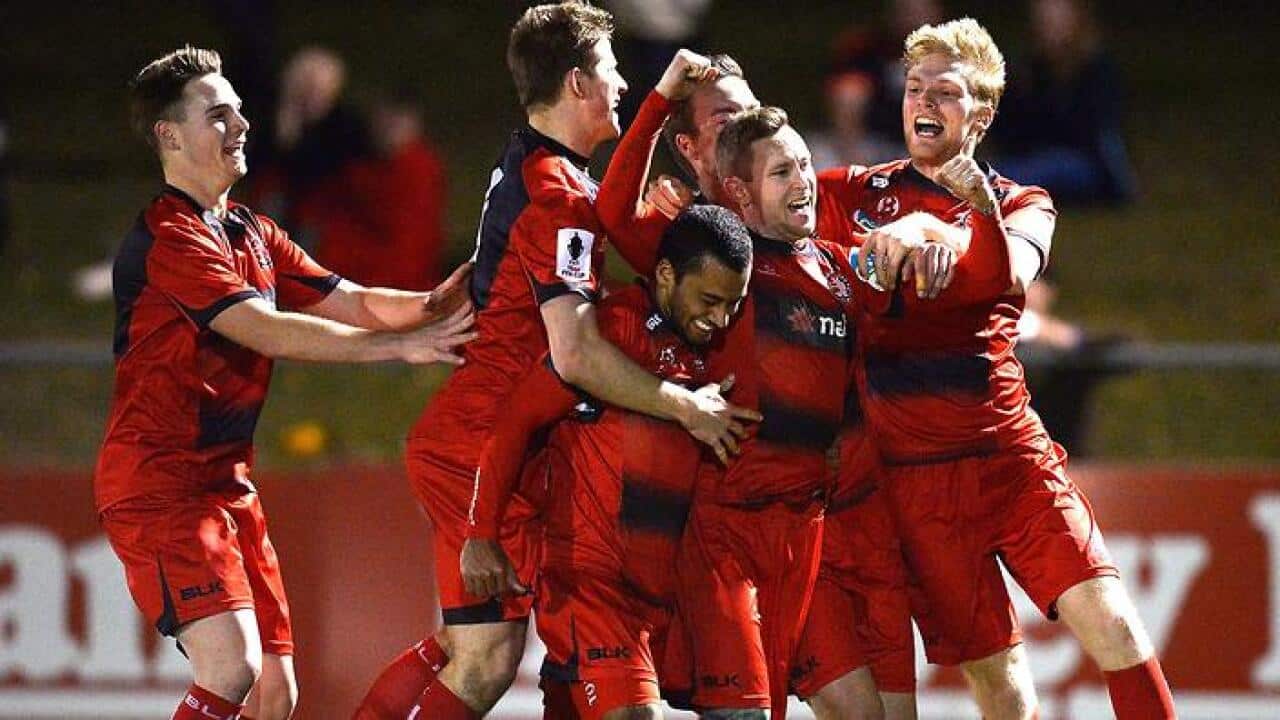 Semi-professional Redlands, whose players are all either in full-time occupations outside of football or studying, are already committed to a trip to Canberra for an FFA Cup round of 16 game against Canberra Olympic at Deakin Stadium on Wednesday.

But before that, on Friday night, they will play at home against Brisbane Roar Youth in the final round of the Queensland NPL competition. Four of the 12 sides make the finals and fifth-placed Redlands are in a three-way battle for fourth.

If Redlands can do enough to make the finals they will come back from Canberra on Thursday to hastily prepare for an elimination semi-final on the Saturday night.

Redlands are unbeaten in the NPL since knocking over reigning A-League premiers and champions Adelaide United in the knockout competition, winning one game and drawing the other to improve from sixth before the cup game to fifth now.

Coach Matt Chandler said the shock victory had given his players extra belief.

“Overall, the boys have had a good reaction,” Chandler told The World Game.

“Our first game after the cup came along pretty quickly and the boys were still on the up and performed very well, but then in our second game I thought the first half wasn’t very good from us.

“I think we had the ‘comedown‘ from the FFA Cup in that game, at least in the first half. The second half was better, and we got away with a draw. I think the hangover from the FFA Cup win just came a little later.

“It’s good for the boys to now get away together and go to Canberra and hopefully we’ll give a good account of ourselves. It’s a good tie and it’ll be a difficult one for us, but it’s still one we’re looking forward to.”

Canberra Olympic will play a deferred game in their NPL competition this weekend and only need the one point from a draw to go to the top of the table and clinch the premiership, heading into the finals series for the championship.

Chandler said he had been doing as much research as he could on his team’s cup opponents.

“We’re going into the unknown a bit, because we don’t know a lot about Canberra,” he said. “But they probably know quite a bit about us after our game was televised and we got a lot of coverage after the win. We were everywhere in the media for a few days there.

“But I’ve got some coaching colleagues who work down Canberra way, so we’ve found out a bit about them and how they play.”

Chandler said he and the club’s management were still working out the logistics of the Canberra trip.

“The players won’t be spending a lot of time at their jobs next week,” he said. “We’ll have two or three days off for travel and training, but we’ll deal with that.

“A few of us are definitely flying down to Canberra late on Monday afternoon, to make sure everything is in order, but the players may not come down until Tuesday.

“We’re just sorting all of the travel details out now, along with the hotel and everything.”

Chandler said the players were highly motivated to make it a huge week for the club by qualifying for the NPL finals and advancing to the last eight in the cup.

“That would be fantastic,” he said.