Cahill would be a guaranteed City success says Sticca

Tim Cahill will be a one-man catalyst to energise the A-League when he is unveiled by Melbourne City, according to leading match promoter and player agent Lou Sticca. 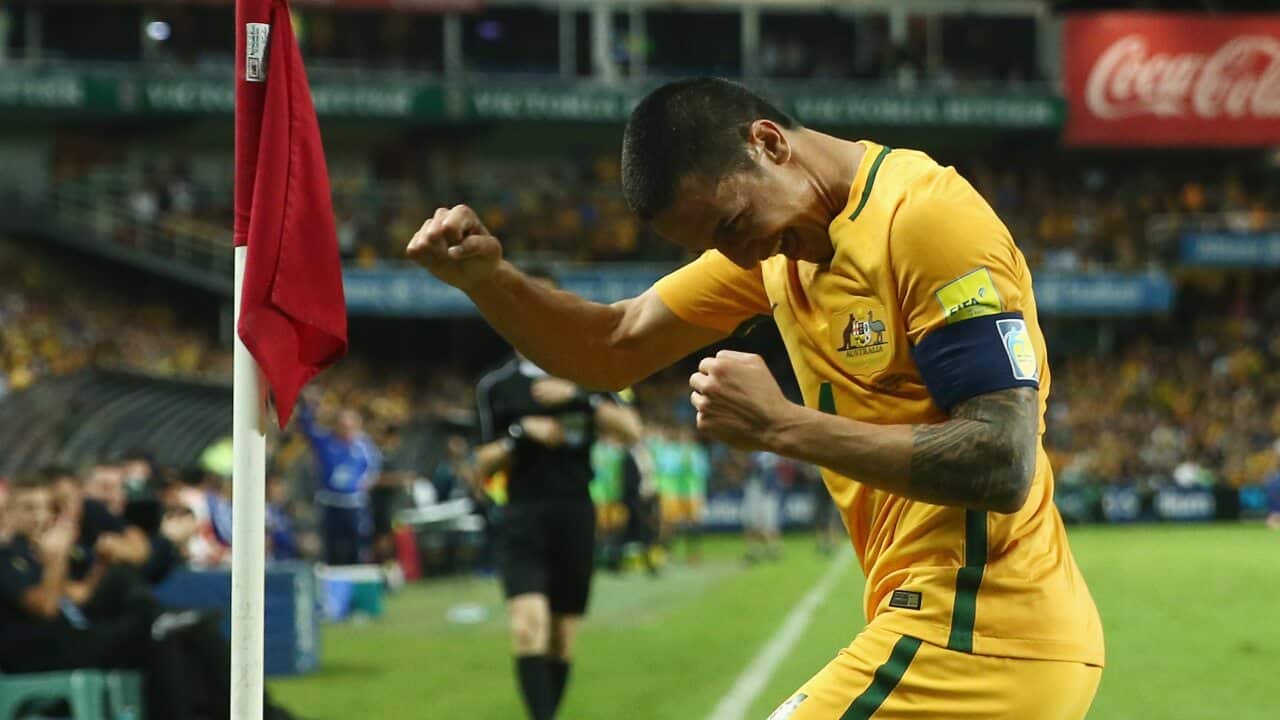 In the absence of the vaults full of cash needed to entice top-tier foreign marquees to the local competition, Sticca – who was responsible for luring Dwight Yorke and Alessandro Del Piero to Sydney FC and more recently masterminded bringing Tottenham and Chelsea to our shores – believes the Australia international icon is a "guaranteed success".

So convinced of Cahill’s enduring allure, Sticca claims the 36 year-old will single-handedly all but double City’s average home gate – which stood at 11,047 last season – if, as expected, he joins them on a season-long guest contract in 2016-2017.

"Tim Cahill would entice the kids, and grab the attention of mums and dads ... you get a Tim Cahill on your books and all of a sudden you get a wave of genuine support for City,” said Sticca.

Advertisement
“There's residual potential supporter base in Melbourne, people who are undecided and have not yet pledged their allegiances to Victory or City.

“What have City done to welcome them so far, other than just playing matches? You have to do more than that.

"Tim Cahill would be a game-changer for any club in Australia. I would like City to make sure that a deal gets done, if it is not already."

Sticca continued: "Australia is not in a position to compete for true marquees, the market has changed again.

If a Del Piero was available now it wouldn't happen, not in the current climate.

"Unless somebody is willing to write out a check for $20 million to go and get a Lampard or Gerrard, we know it's not going to happen in Australia.

"So who’s out there whose going to make a marquee difference to the league … there’s only one player and that’s Tim Cahill."

"Initially, he could possibly as much as double their home gates … especially when you take away the derbies it would be under 10,000," he said.

"I could see their crowds swelling to up to 20,000 without a shadow of doubt. The media attention he would get in AFL-dominated Melbourne would cut through into the mainstream."

Sticca reckons that Cahill, who turns 37 in December and leads Australia's all-time goal scoring tally, would be just as prolific in the A-League, despite his vintage.

“Cahill makes a difference off the park with TV ratings and on in with his goals … he’ll score 10 or 15 a season, maybe more in an attack-minded team like City where you have the likes of Aaron Mooy providing the ammunition.

“The way the team is structured right now; he would have a field day.

“TV viewership would go through the roof and every away game, wherever he fronts it would be there biggest gate if the year as well.

“He’s one of the very few top options out there … its easy to expect clubs to spend money.”

Though he has spent much of his career persuading clubs to part with huge sums to attract top talent to Australia, Sticca believes that for too long Sydney have borne the brunt and others should get in on the act.

“The ownership of Sydney FC have borne the brunt of bringing out the likes of Del Piero, and has dipped deep into their pockets before. You can do it once or twice … but you can’t keep being benevolent forever.

“In terms of clubs forking out for marquees, until they know what the new TV deal will bring in it’s a really tough call.

“It’s fine for people to say ‘go out and spend the money’, but it's somebody else’s money.

“City are in a different category because of their ownership situation and they have the money but that doesn’t mean they will just go out and throw it away.

“Tim is definitely on their radar. If you get him you know what you’re getting – and that’s guaranteed success.”